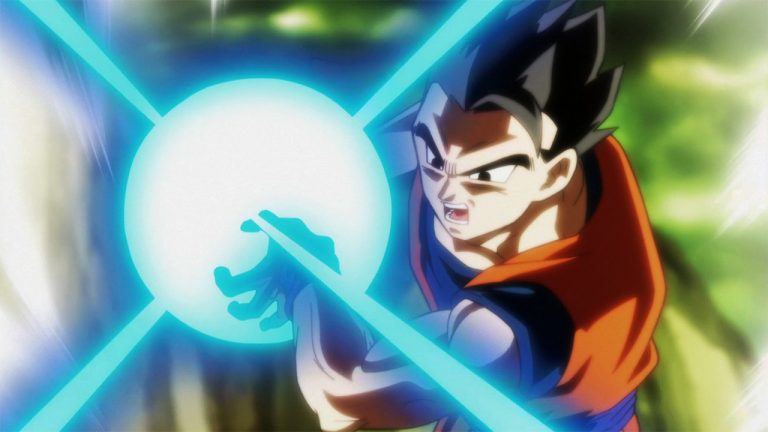 The fusions in Dragon Ball are always interesting. Two strong fighters merge to form one fighter that surpasses both of them combined. Whether it is Potara or Fusion Dance, we have seen some amazing results from fusions. Now, at this stage of anime, Dragon Ball Super is set to introduce another fusion. It is different from what we are traditionally used to but let us see how it turns out.

Episode 121 Title: All out war! The four-way fusion vs All out attack of Universe 7!

As you might remember, Universe 3 and Universe 7 are having a showdown in the Tournament of Power. Universe three has recruited robotic fighters who have survived through the initial battle royale struggle of the tournament. They have decided to put all their forces together to crush the universe 7 fighters. Not to mention, they were a force to reckon with. But, they stood no chance against the raw strength of fighters like Vegeta and 17 from Universe 7. As universe 3 is pushed into the corner, they decide to show a final trump card. 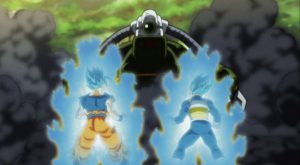 This is hinted in the title for the next episode. Four fighters from Universe 3 will fuse and form a powerful robotic type fighter to go all out against Universe 7. This also means Universe 7 will also have to make a full counter-attack against this new opponent. We will see how this fight turns out but the new fusion is bound to interesting.

The Tournament of Power is getting very interesting. Ultimately, Universe 7 will get out of this challenge as well. They may lose one or two fighters against Universe 3 final tactic. However, the final fight is set up against Universe 11 in the end. Losing force to this universe will affect the fights that are to come later. Jiren vs Universe 7 is the biggest thing coming next.