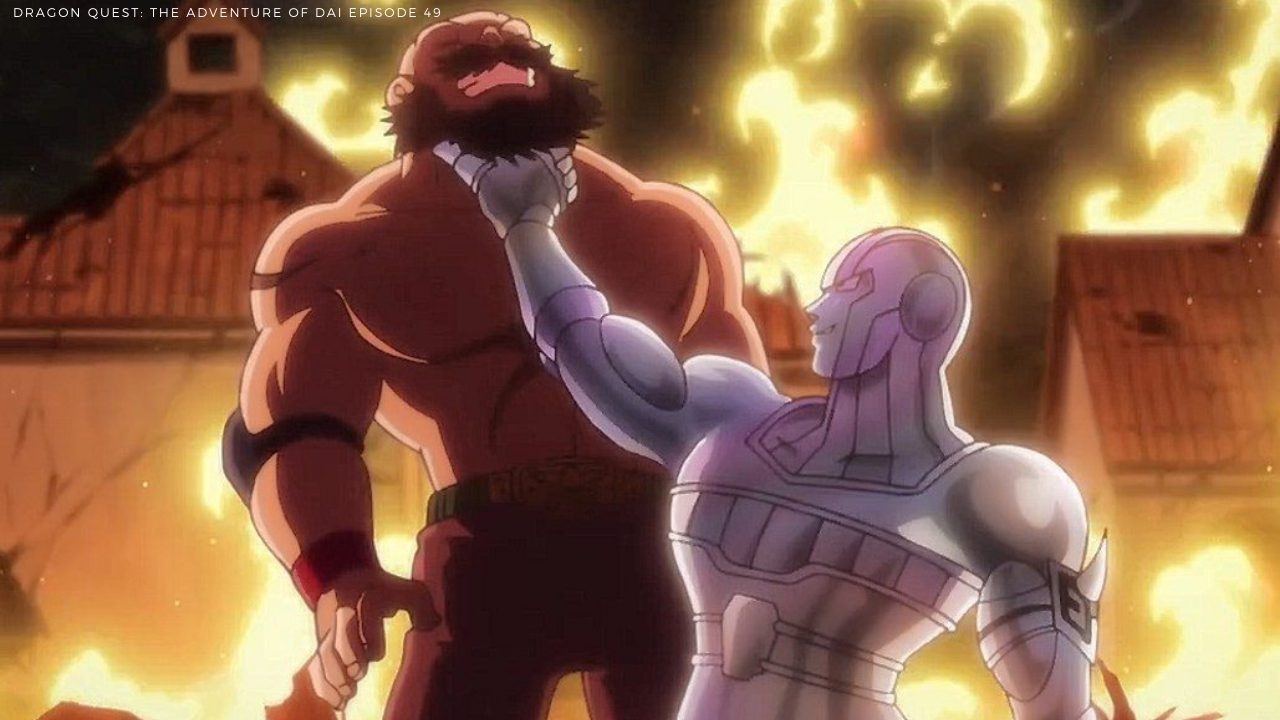 The Hero of the North’s arrival begins with Dragon Quest: The Adventure of Dai Episode 49, with the Hero Party arriving at the battlefield to face the Dark Army. From the recent Dragon Quest: The Adventure of Dai episode, The Hero Party, assembles and heads to the location of the upcoming battle. The episode begins with Chiu riding on a blue dragon following the likes of Dai. Chiu realizes that he had a tough battle, but he survived despite being beaten to a pulp. He asks the blue dragon if he remembers the Beast King Commandos.

The blue dragon nods his head, and Chiu decides to call that dragon Terry. Gomechan tries to cheer Chiu, and the trio enjoys their journey. They notice fire nearby, and Chiu decided that they should go North. The episode title is “The Hadlar Royal Guard.” On the other side, the Hero Party welcomes a new guy who told them that he is Nova. The guy adds that they call him Nova, the Hero of North. Nova told the Hero Party that he would single-handedly rescue Zabab with his Zoom Spell.

Nova surprised Maam by saying that he doesn’t need a bunch of amateurs to help him. Popp gets furious, asking Nova if he knows who they are. Nova replies that they are proclaimed Heroes from Papnica. Nova’s father told him to stop and respect the Hero Party. Leon can’t believe that a respectable man has a son who is cocky like Nova. The father reveals that Nova is his son and Captain of the Knights of Ringaia. He told him to apologizes for disrespecting the Hero and his friends.

Previously on Dragon Quest: The Adventure of Dai Episode 48

Nova asks his father if it is wrong to state the truth, and he can’t stand anyone calling themself a Hero since he is the one who earned that title through combat. Nova points at his chest and adds that he is only a true Hero that the world needs respect. Popp got angry and wanted to punish Nova for underestimating the Hero Party. Dai stops Popp and reminds him that they still have a real battle to face. Popp insists that Nova stole their lines, and Dai managed to calm him down. Dai steps forward to talk with Nova and wants to shake hands whit him. But Nova unleashes a huge beam and blasts the roof. He left the scene to prove that he could save those guys in trouble alone. 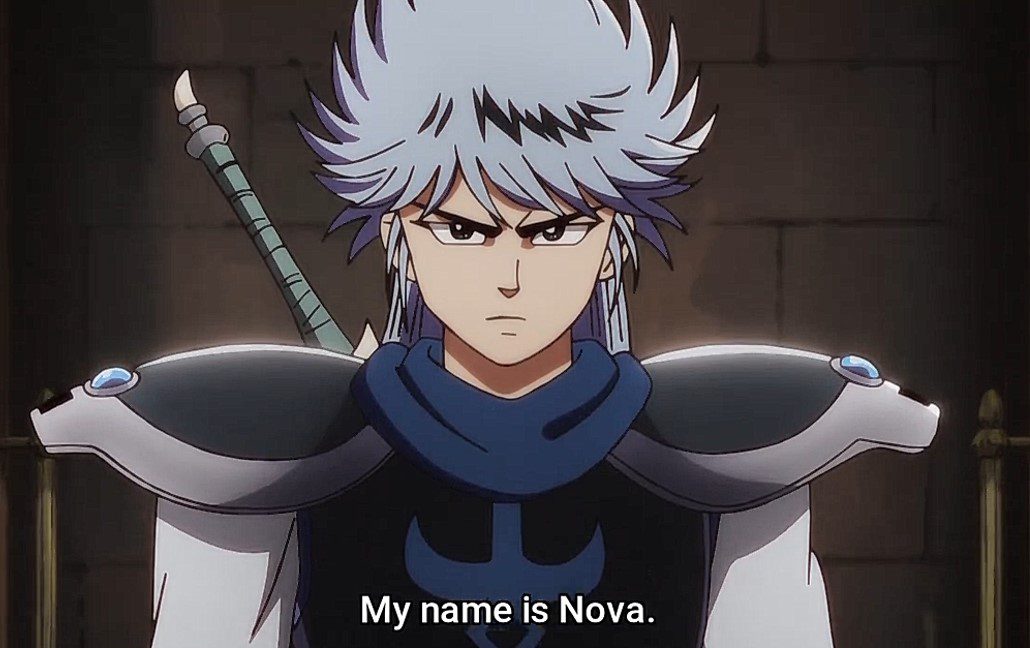 Maam wonders what kind of the Hero of the North is that who has pride. Later, Nova arrived at the city and noticed that all the warriors got beaten, and they crawled on the ground, trying to survive. One of the beaten warriors told Nova to run since the guy who hit them was unstoppable. They also told Nova to wait for Dai and his party to come and help him. Nova gets furious, and when he looks back, he sees an iron man choking one of the guys to death.

The iron man is Hym, who told Nova to wait for Dai or get punished like others. Dai and Popp follow Nova to the battle while Nova shows Hym that he is more robust. Hym is with Hadlar’s Bodyguard and exchanged slashes with Nova. Dai and Popp arrived, and Nova got punished, and the two-faced Hym and Hadlar’s Bodyguard. Hyunckle arrives, and Hym dominating Dai and the other and manages to take down Hym with a single strike. 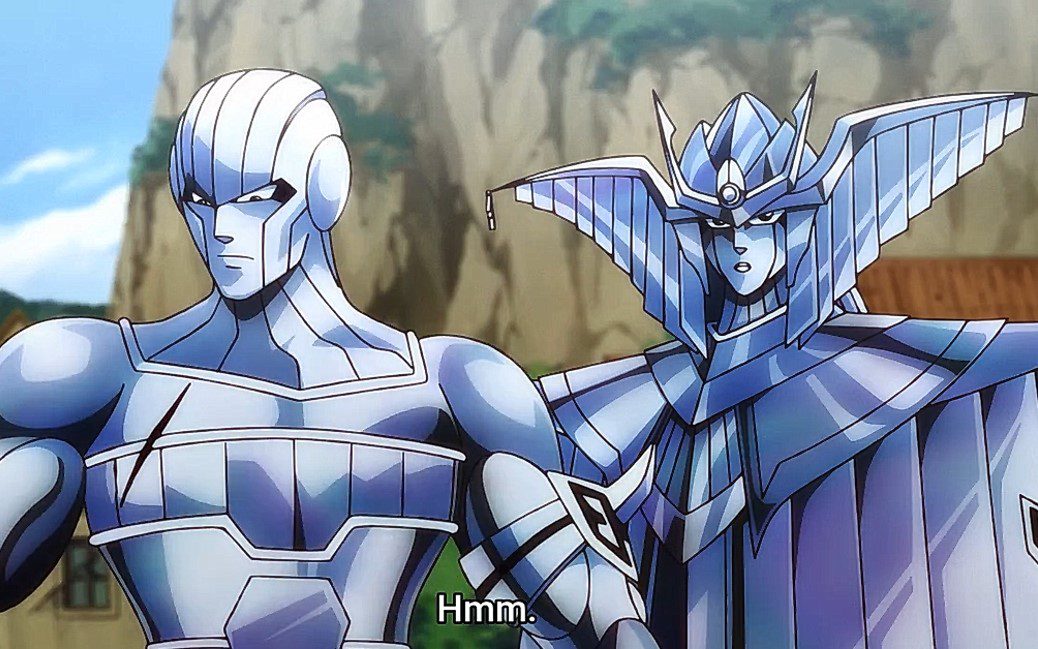 Dragon-Quest: The Adventure of Dai

Where To Watch Dragon Quest: The Adventure of Dai Episode 49