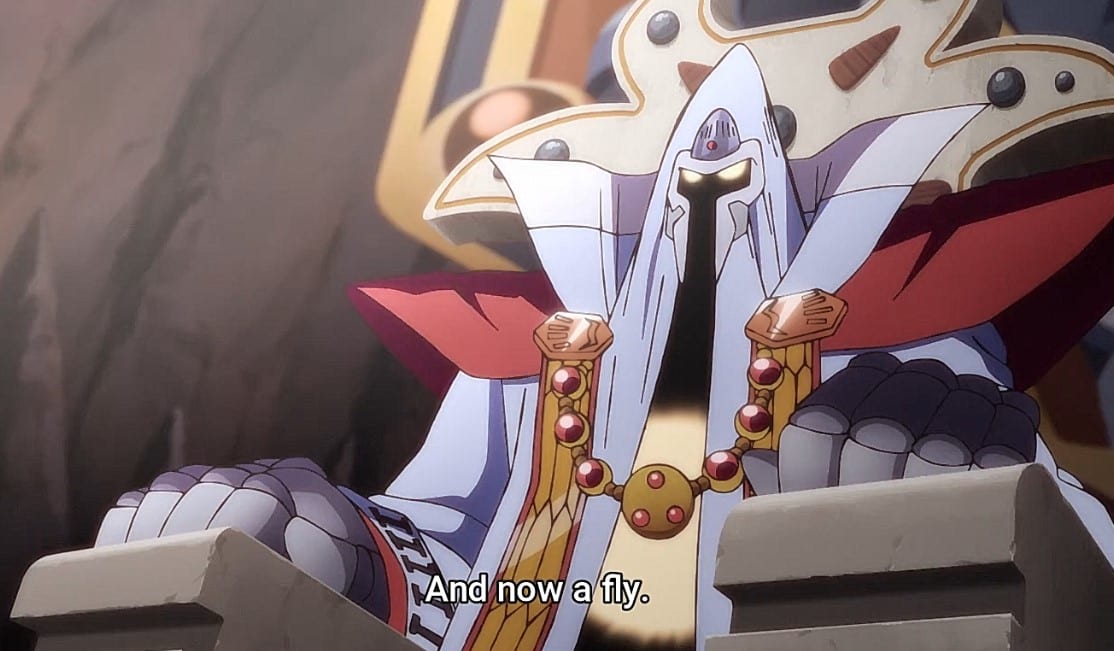 Mystvearn told the heroes to make sure that their final screams are loud enough that King Vearn can hear them. The Shadow Legion charges in number, and Crocodine warns the others to get ready to fight. Popp gets furious since Mystvearn is treating the world like garbage. Maam decided to stop Popp from rushing into the battle and told Leona to escape. Chiu is bored that he got left with the others, and he should have joined the fight. Popp uses Zoom spell to fly with Maam heading to face Mystvearn.

Chiu told Leon that he understands that he has to look after those two and protect the ones on the grounds. Leona notice that Chiu is hiding that he has no flying powers. On their way, Maam told Popp not to rush things since they will get beaten if they make mistakes. Popp replies that he will show Mystvearn that humans are not weak as he thinks. The Shadow Legions begins to fight with Crocodine and the army. Crocodine punishes them using a hammer smash and kills them one after another.

Previously on Dragon Quest: The Adventure of Dai Episode 40

The guy fighting alongside Crocodine wonders if Crocodine is immortal. Popp and Maam arrive while diving in mid-air. Popp wonders if Maam’s Refractor Fist only works on living creatures; Maam comments that she will have to use brute force for the enemies like the Shadow Legion. She killed half of them using her overwhelming strength and mighty Fist. Popp floated on mid-air while whistling and said he would never tease Maam.

Popp looked at Mystvearn and said that colossus is up against him and unleashes Boom trying to blow Mystvearn. Mystvearn that blow, and Popp notice that he didn’t even make a single scratch. Mystvearn attacks with a double beam that almost fried Popp and told Popp to fly away. He sent his army to deal with Popp since he is not on his level. The Miasma fires Fizzle, and Popp survives those spells while Dai waits for his sword. Dai is worried that others are fighting, and Lon is taking time to make his blade. 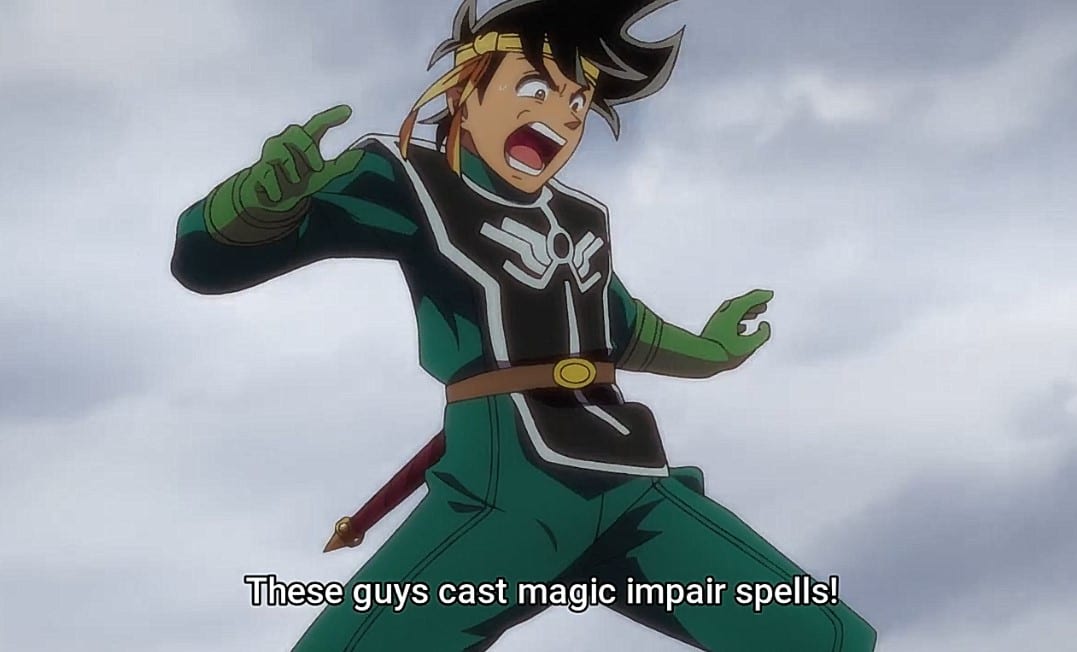 Lon told Dai to relax since his agitation would affect the sword. Lon also said once he finishes, Dai will fight any enemy on equal ground. The battle in Papnica continues while Maam pulverizes the Shadow Legion army. Crocodine supports her as they advance further. Popp unleashes Sizzle and burns the enemies on his path. Chiu decided to join the fight with Gomenchan and shouts that they should wait for him. Baduck also followed and said the Papnica treated inventor Swordsman is coming to help.

The two begin to race each other and realizes that they don’t know each other. Popp remembers when his master told him about Five Finger Flare, and he told him not to use that magic again. Five Finger Flares is forbidden magic, and only someone who doesn’t care about his life can use it. Popp realizes that it means death. Chiu and Buduck arrive at the scene, and they got surprised when a sword hits Chiu’s head and gets broken. Buduck wonders if Chiu has steel bone. Crocodine comments that Chiu has spirit.

Maam gets excited that they are helping them to counter the enemies. Popp takes the risk and unleashes Five Finger Flares that killed Mystvearn’s men. Baduck wonders when Popp learned that powerful technique. Maam told Crocodine to keep on fighting. Crocodine unleashes Roar: Vortex Ace and begins to smash the Shadow Legion Army. Maam uses her bare hands to cut the enemies in half. Mystvearn steps up and uses Byut Deathstringer to kill Maam, and Hyunclke blocked the attack, saying he is the light of Justice.