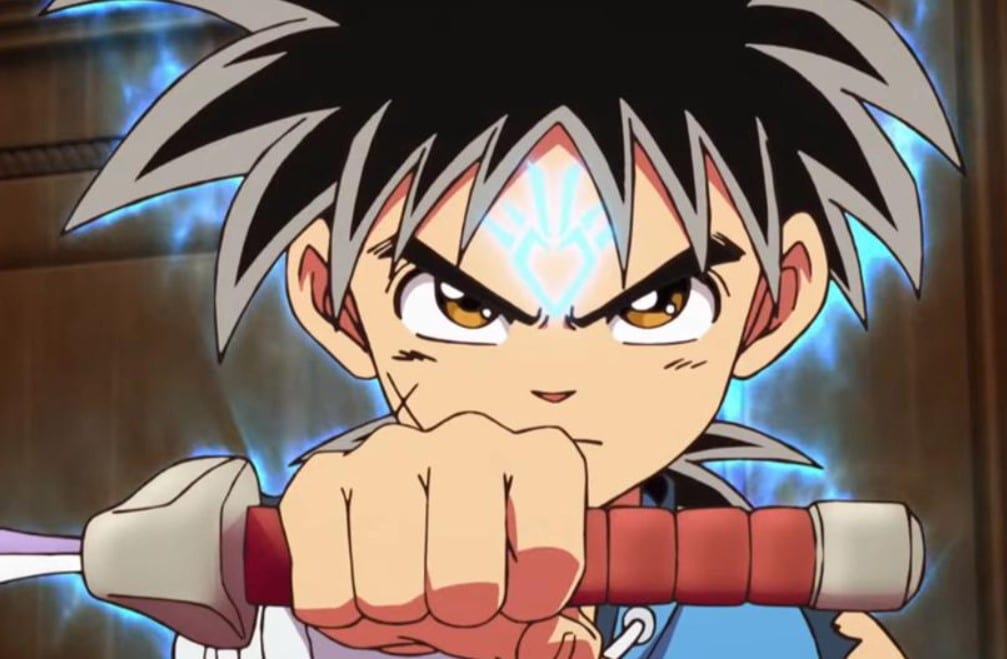 The Hero Party heard about the Sword of Champions and headed to retrieve it. During the tournament, the Dark Army arrived and ruined the competitions. The Hero Party challenged that Dark Army. Dragon Quest: The Adventure of Dai is about to reveal the true powers of Dai, who chose the humans side instead of the Dark side where his father rules. The Dark Lord Hadlar terrorizes the world; fortunately, the Hero Party steps up to stop Hadlar and his underlings.

The Dark Army crew begins to smash the fighter, and Gomez refuses to be the host of evil powers. Gomez decided to team up with the Hero Party to take down the Dark Army. The episode title is ”The Superior Being Versus Chiu.” One of the Dark Army villains comments that it is time for Dai and his crew to see the strength of over a hundred monsters combined, and the guy unleashes that power of the Ultimate Superior Being. That guy transformed into a green dragon with red horns, telling Dai to give him a fight.

The guy told Dai to show him a battle in honor of being the Superior Being Zamza’s first opponent. Dai attacks using the powers of Dragon Knight but Zamza dodge that attacks quickly. Popp wonders how that giant dragon can move so fast. Zamza uses his blade and smashes Dai, who bangs on the ground. Dai tries to survive Zamza’s blade claws and notices that Zamza is more robust than before. Popp saw that Dai pushed himself to the limit and exceeded the limit. The king asks Popp what he means, and Popp replies that Dai’s Dragon Knight has a limit and lasts for few minutes. Zamza comments that he will eat Dai and wonders if he tastes like beef.

Previously on Dragon Quest: The Adventure of Dai Episode 36

Zamza opens his stomach, trying to swallow Dai. Popp is surprised to see that Zamza has a mouth on his stomach. Zamza comments that the powers of Dragon Knight will nourish him. Dai used his last strength and broke the blade claws. After falling to the ground, Dai notices that something is wrong with him since he begins to feel dizzy. Popp sees that Dia has collapsed and uses Sizz to cut Zamaza’s body. Zamza is impressed that Popp can repeatedly cast concentrated Sizz spells.

Popp slammed Zamza with Kafrizz and told Chiu to get Dai out of trouble. Zamza recovered and told Popp that he is a more powerful Mage than he looks. He is stunned that Popp can cast Sizz or Kafrizz at such a young age. Popp notices that Zamza regenarate after every single attack he receives. Zamza reminds them that a Superior Being is Ultimate Beast that possesses a body that can heal any wound during the battle. Popp tried to grab Dai, but he failed. Zamza reveals that his body is already 90% complete.

Zamza took Dai and said he could complete his research after defeating the Hero’s Party. After hitting the wall, Popp notices that Zamza fired a focused blast of Aura, and it is like Crocodine’s Beast King Redemption Blast. Chiu sees that Popp and Dai got defeated, and he has to step up and save the day. Zamza comments that the one who interrupts a wild beast’s meal incurs its wrath. Dai got swallowed and fell inside the stomach, where Maam and the rest of the fighters get jailed. 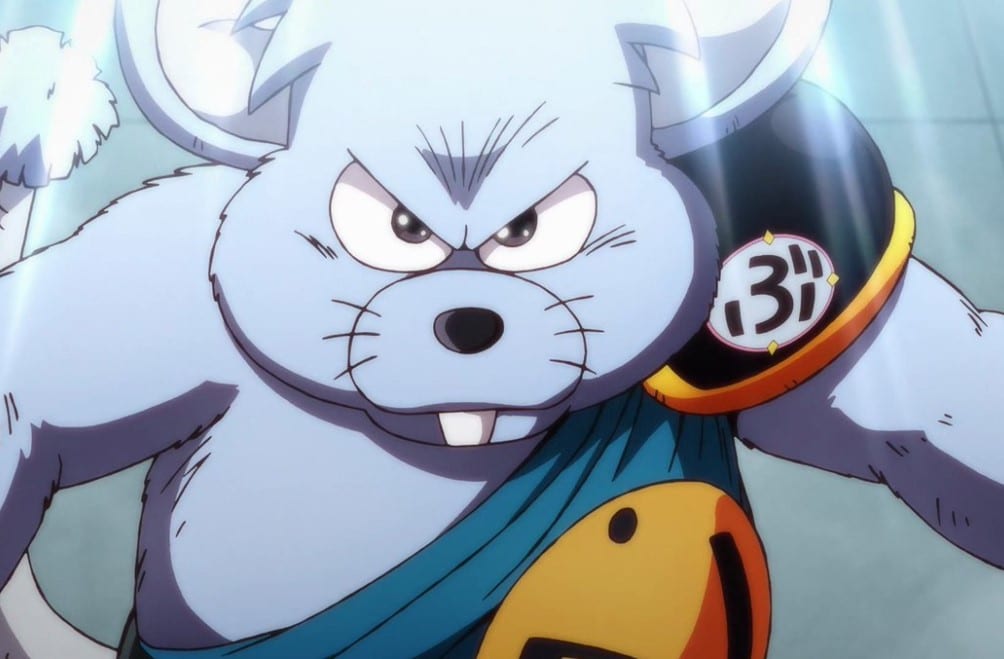 Monster of the Dark Army

Zamza comments that it is a good meal. Chiu said he had heard enough of that demon, and it is time to defeat the devil. Zamza said that he swallowed Dai alive, and the powerful digestive fluids in his body should quickly dissolve him. Popp tries to get up, and Zamza comments that Popp can become a meal or live longer as a guinea pig than dying here. Chiu shouts Monster of the Dark Army; your evil ends here. Zamza replies that he has forgotten that the rat is still here.

Chiu told Zamza that he is giving him a last chance to apologize, surrender, and free everyone. Popp wonders what kind of idiot is Chiu who challenges the mighty Zamza. Zama reminds Chiu that he defeated Hero Dai. Chiu replies that he will rescue Dai and try to beat Zamza. Zamza blocks Chiu’s attack and sent him flying. Chiu tries to fight, but Zamza kicks him like a ball. Inside Zamza’s stomach, Maam heard the voice of Chiu and Popp and realizes that the two are in danger.

Maam told the fighters inside the belly to hit the wall and make Zamza feel the pain. Meanwhile, Chiu tries to take down Zama, but he keeps on getting smashed. Popp joins the battle. Chiu realizes that he can fight using techniques that Dai taught him, even though it is weird. Chiu landed a bolder blow that made Zamza puke Dai out. Maam managed to blast out Zamaza’s belly and put on a fight. Chiu notices that Maam will use the Ultimate attack: The Greatest Warrior Master Style Secret she learned from Grand Master.