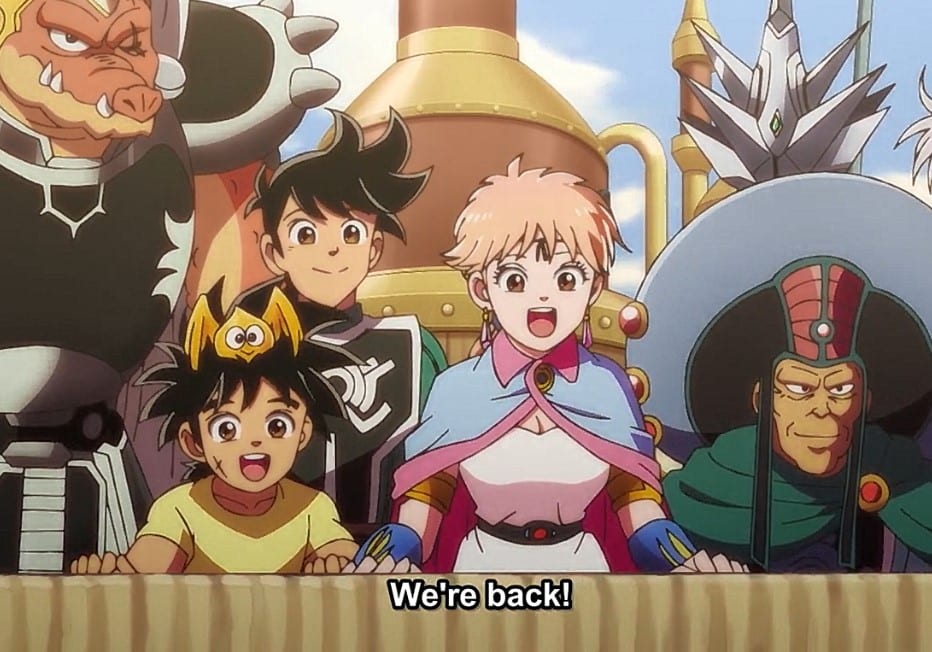 Popp and Mortiv have defeated Demon Lord Hadlar along with his underling Zaboera. After the battle, they went inside the house and talked about Dai’s Dragon Knight powers. In the morning, Baduck notices something and finds that it is the flying balloon. Baduck rings the bell and shouts that the balloon has returned. The knights and the royal realizes that it is Princess Leona. The higher-ups welcome the hero party along with Princess Leona. Leona surprised her kingdom that they must prepare for something unique.

Dai asks what about the hero party, and Leona replies that they can rest and prepare for the battle. Baduck wonders what is happening and what Leona meant about something special. Leona heads somewhere with the royals, and Hyunckle comments that Leona is leading her country to take action. Popp realizes that he is bored and asks the hero party what they must be doing. Uncle Mortiv comments that they must first rest before thinking about doing. Deep in the forest, a strange lady is training martial arts alone.

Previously on Dragon Quest: The Adventure of Dai Episode 34

The Grand Master arrived at the forest and told the lady that she had trained enough for the day. Grand Master said to the lady that it is time for them to leave the mountain. He showed her the results of her training written on a note. The lady saw something that she wanted to reshape herself since she has been training for a long time. Meanwhile, Popp decided to train alone near the beach. Popp feels like he has improved after all the battles he fought. Mortiv arrives and comments that Popp’s clothes look clean.

Mortiv got annoyed hearing Popp saying that Merle didn’t want him to live, and she has a thing for her. He can’t believe that Popp fell for the girls that are not interested in him, and he thinks it is accurate. Popp told his Master that they could start with training, and he will blow everything with the powers of new spells. Suddenly Popp jumps after hearing a massive explosion. Mortiv comments that ”He” did, and they will train later. Popp heads in the direction of the blast and notices that Dai is there.

Popp is surprised that Dai learned to cast Zapple by himself. Dai replies that he can cast Zapple in his human form without using the power of his crest. Dai cast another Zapple that blew away a mountain. Baduck comments that Dai has grown stronger. Crocododine comments that it a piece of cake compared to Dai’s real power. Baduck is excited that he will witness the incredible power of the Dragon Knight. Baduck gave Dai a new outfit coming from Leona. Crocodine told Dai to show them his powers using his crest. 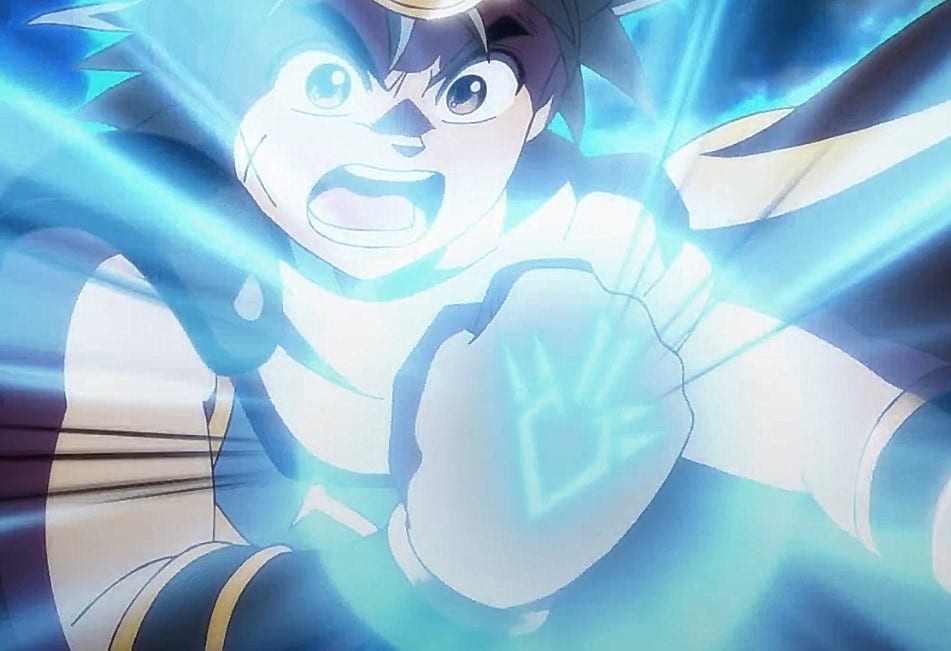 Crocodine realizes that it the weakness of Levizoom. Crocodine comments that when Dai Aura focused on his fist, Dai’s energy gets drained quickly. He advises Dai to learn to control his energy, or he won’t be able to fight a long battle. Hyunckle reveals that Levizoom has another weakness that allows Dai to fight without using weapons. Hyunckle comments that Dai’s fist will be enough but not against a powerful one like Baran.