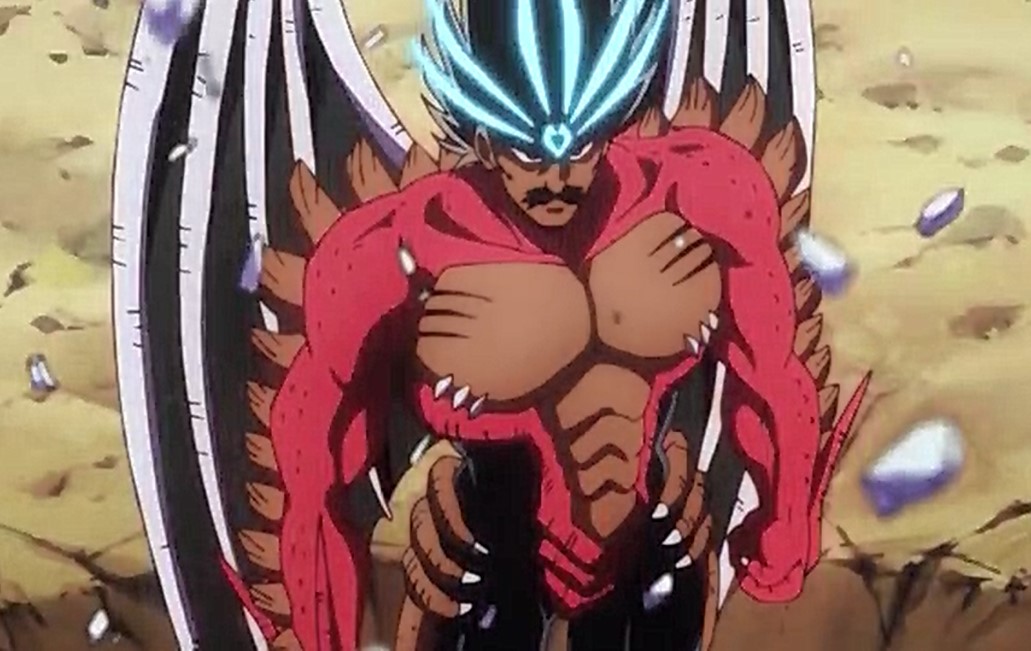 Hyunckle reveals that Baran Aura’s form is too powerful, and he told Popp to leave the battlefield. Popp told him that he wants to help, and Hyunckle reminds Popp about Dai, who is inside the castle. Leona convinces Popp to leave, and if something happens to them, he must run away with Dai. Baran realizes that they want to hold him for Popp to escape with Dai. He winks his eyes and shoots Popp with a laser beam. Crocodine shouts grow sare Baran could attack the wounded from behind.

Baran reveals that once he takes the Dragonoid form, he becomes intent only to whip out an enemy in sight, like a Demon Beast. In his Dragon Beast, he won’t hold back to attack. It is either the wounded or whelp he cannot spare any mercy. Baran told them that it is their fault since they have wounded his heart. He got powered up and teleported in front of Hyunckle. He started to land powerful blows, and Crocodine decided to join. But he received a blow that opens a wound from his chest.

Leona tried to use a healing spell, but he sent her flying. The trio got defeated, and Popp realizes that at this rate, Baran will wipe them out. Hyunckle comments that they can’t beat Baran at their bests. Crocodine adds that Baran is on a whole different level; he is a super being with a Dragon and Magic Power of a Darkling power. Baran comments that they have seen nothing of his Magic Power. He flew to the sky and told them that he would erase them instantly with the purification spell only usable in this form.

Baran unleashes a Doruora, and the hero party realizes that they can’t move at all. He comments that once he took the form of the Dragonoid, nothing can stop him until he kills his enemies. When he wants to eliminate them, Dino arrives, and Baran takes back his attack. Meanwhile, Merle had a vision inside the cattle where Dai was locked. In her vision, she saw a huge monster tearing evening one and Popp tried to run away with Dai but he got killed. Outside the castle, Popp realizes that they can’t let Dai meet with Baran. 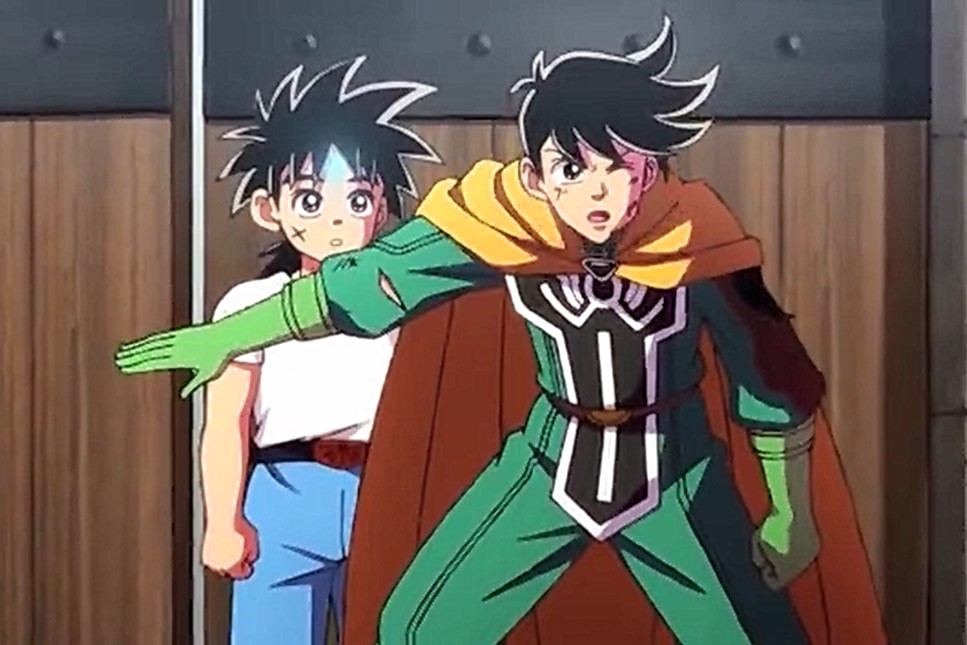 He told Dai to get inside the castle, but Dai stood like a statue looking at his father. He wonders who this monster is since he is not aware that Baran is his father. Dai asks Baran if he is the one who called him. Baran agrees, and Dai asks him who he is, and he replies that he is Dai’s father. Dai realizes that the monster doesn’t look like him and asks him why. Baran told Dai that this is not his human form, and Dai resembles his mother. He said that he doubts that Dai can become a Dragonoid.

Baran told Dai to remove the armband on his forehead, and he awakes the power of Dragon Knight. Dai’s crest mark lights on and comments that Baran is not lying. Baran comments that the crest on Dai’s forehead is proof and the unspoken bond between them. Dai is convinced that Bran is his father. Popp realizes that it doesn’t matter that Baran is Dai’s father, but they have to protect Dai.

He steps in front of Dai, trying to stop him from reaching Baran. Baran told Popp to move, and Popp comments that he has to fight even though he knows the truth. The hero party told Popp to stop challenging Baran. Baran comments that if Popp is not submitting, he will kill everyone and walk away with Dai. He told him that this is his last warning, and he is sparing them because Dino is here.

Dai calls Popp’s mister and told him to move out of the way since he has finally met with his father. Popp is surprised and realizes that Dai has not regained his memories. Baran punishes Popp, and Dai realizes that the hero party is his friends. Dai moved his crest from his forehead to his head and managed to stop Baran from controlling him. Baran realizes that this is the human spirit, and it is Soala’s will. He realizes that has never happened in thousand years.