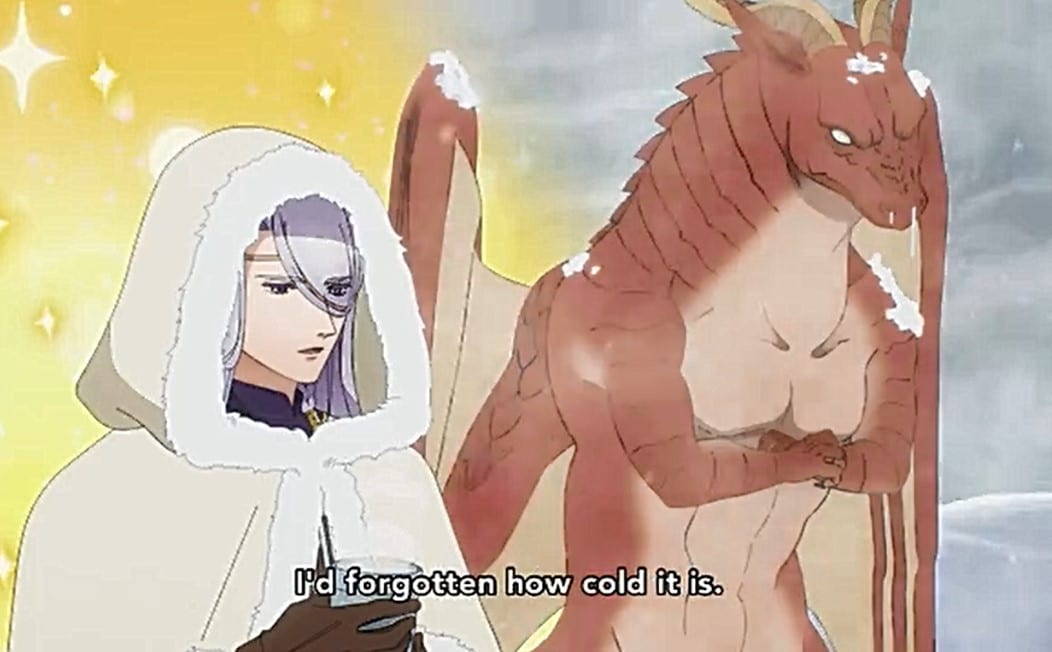 Dearia and Letty head to the Icy Plains of Albs, Letty is worried that it is too cold. He asks where they are and why they are here. Letty realizes that they have been house-hunting, but it’s been quite a while since he visited this lot. Dearia comments that he has just forgotten how cold this place is. Letty looks at him and notices that he is wearing warm clothes and using magic to warm himself. Dearia is wondering why Letty is feeling cold since he is a dragon. He told him that he had prepared some winter clothes for him.

Dearia uses his magic and creates different outfits, but Letty chooses the one he wears and looks like a crab. Letty comments that it is warm, and he asks Dearia why they visited a cold place like this. Dearia reminds Letty that he wishes to live in a peaceful and quiet place. Letty agrees, and Dearia reveals that this is perfect for Letty since no heroes will attack him, and it is a cheap land price. Letty gets it, but he is worried that this place is always cold and he might freeze to death. Dearia reminds him that the dragon doesn’t die out of the cold.

Letty is surprised that he can’t see any building, and all he can see is ice. Dearia replies that it is because they will build one. He rubs the ground and finds a board that is written land for sale. He gives him a shovel to start building, and Letty can’t believe that he has to work hard to get a shelter. They realize that this land is occupied by the monster’s documentary: The Life of Yeti. The humble Yeti, a creature representative of this extreme region. The two realize that the Yeti spend their lives hunting animals for food, and they love to chase anything.

This is the year where the Yeti remain nomadic to feed themselves and their children. The Yeti gathers around to build a temporary home. The head of the Yetis finished building his new home. He talked in a Yeti’s language and said, ‘it’s quite comfortable, why not trying building one yourself.” Dearia told Letty that he would be building his home just like the Yetis. He told him to use all the snow he likes, and Letty is worried that he has to do this alone. 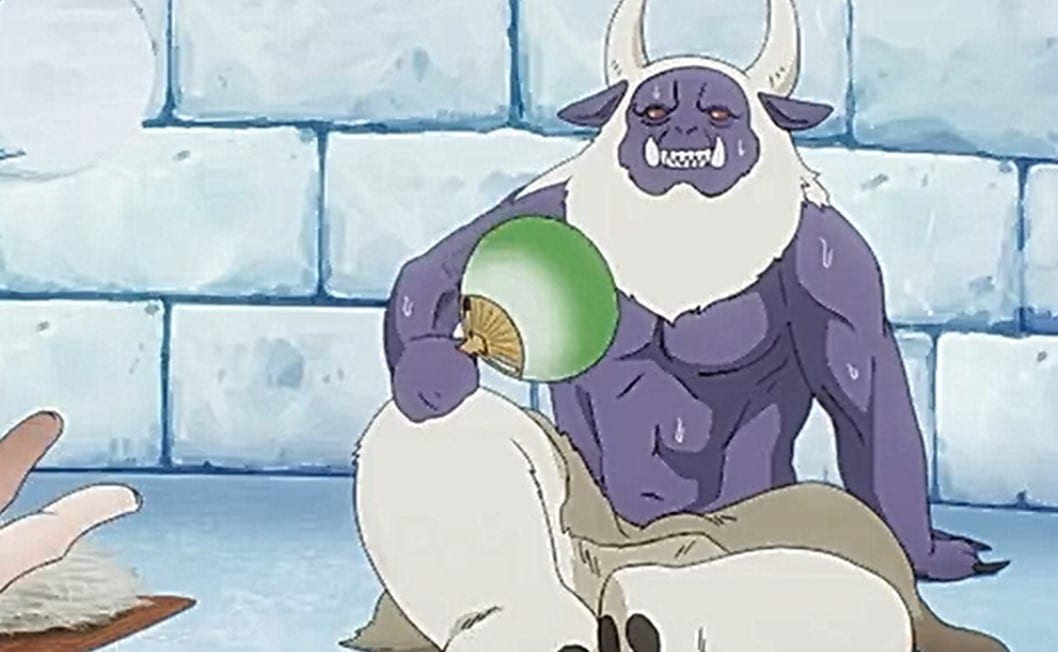 Dearia told him that there is no need for security measures since this environment is perfect for the likes of Letty. He reminds Letty that doing things on his own means no cost and no material fees. Letty can build the home of his dream on some of the cheapest land available. Dearia taught Letty to use Igloo. After long hard working hours, Letty finished building the home of his dreams. He signals Dearia that he has finished, and Dearia told him that he has forgotten to explain the last part.

He told Letty that the place is isolated and he has to hunt to get food, but he is not hunting alone. Every day will be like the early bird gets the worm. Dearia told Letty to try and survive for three days, and they will find if he is caple of staying alone. He told him to try not to die, and Letty asks if he can find another peaceful place to live. Dearia told him that is the best place he can build his character. He uses his magic and vanishes.

Letty realizes that he has to survive, and he heads to the mountain to hunt.  He saw reindeer and wonders how he could catch them. But the reindeers end up chasing him since they notice that he is a weak dragon. Latter, something appears behind him. He finds that it is the Yeti who welcomes him to his home. Letty finds that the Yeti lives with dwarves and the heroes, but he realizes that it is a dream when he wakes up. Letty manages to survive for three days, and Dearia comes back.