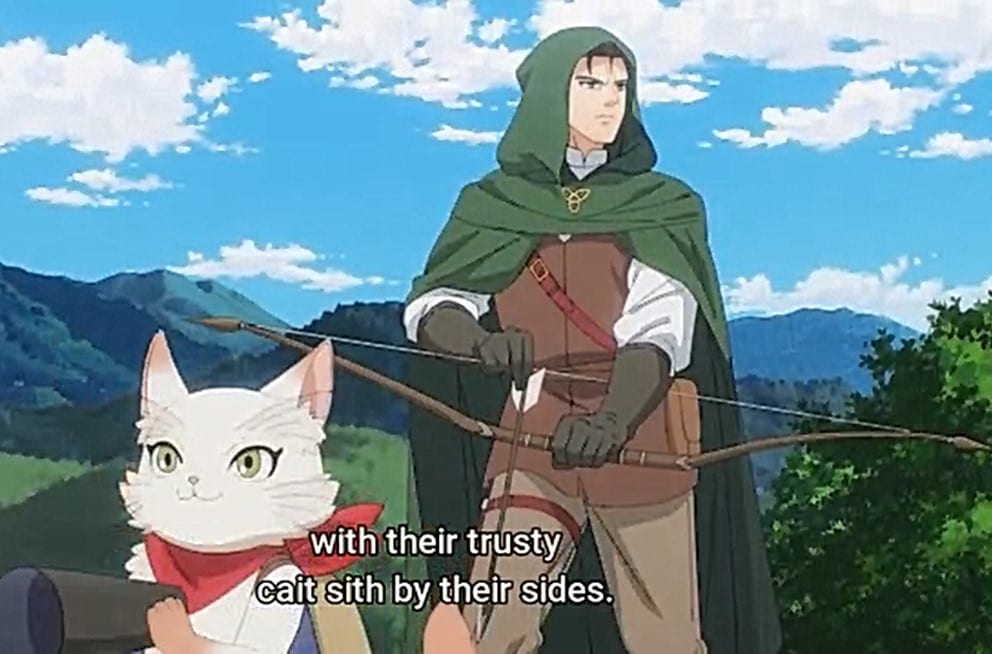 The hunters have arrived at the mountains where Dearia and Letty resides. Hunters are brave travelers who came to hunt monsters. A hunter wearing green costumes and a cat is hunting for monsters and find a colossal foot-mark of the dragon’s leg. Hunter Huey pursues one quarry in particular and stumbles upon a vast opportunity. Huey told Cait that their new quest is Hunt the Red Dragon. The episode title is ”Hunter goes Dragon-Hunting.” Huey reveals that he finished a job to steal a dragon egg.

Huey also said that he got camped out by the Zorata Mines, one of many dwarven strongholds. During camping, the two-spotted a red dragon that ran away from them. Huey realizes that the dragon that is sacred of humans is a new species that has to be in his collection. Caity thinks that Letty is a cowardly flying dragon. So the two set on a journey to capture Letty. On their way, Huey asks Cait if he found trails of a red dragon, Letty. Cait saw the Temple of Fall and said the dragon used to be around here.

Huey wonders what a dragon would be doing at the Temple of Fall. Cait replies that red must be somewhere, and it is time for some dungeon diving. Huey replies that he is not sure if they have to dive into a dungeon. The two look around, and Huey saw the footprints of red and comments that the dragon has moved forward. Cait gets furious since her plan didn’t work and comment that they will have to make up for it by lootin’ that Temple. Huey told Cait that stealing is a crime, and they have to stick to the plan.

Huey thinks red has headed to the Forest of the Dead. Cait believes that the Forest of the Dead is too scary and comments that Huey can go alone. Huey is also trembling, and Cait can’t think that her master is also scared like her. Cait comments that the stories about ghosts not real, and nothing is accurate. Huey acts brave and said he has a dagger and arrow and wonders if those weapons can kill ghosts. Cait can’t believe that Huey is still afraid of ghosts, even in his brave form. 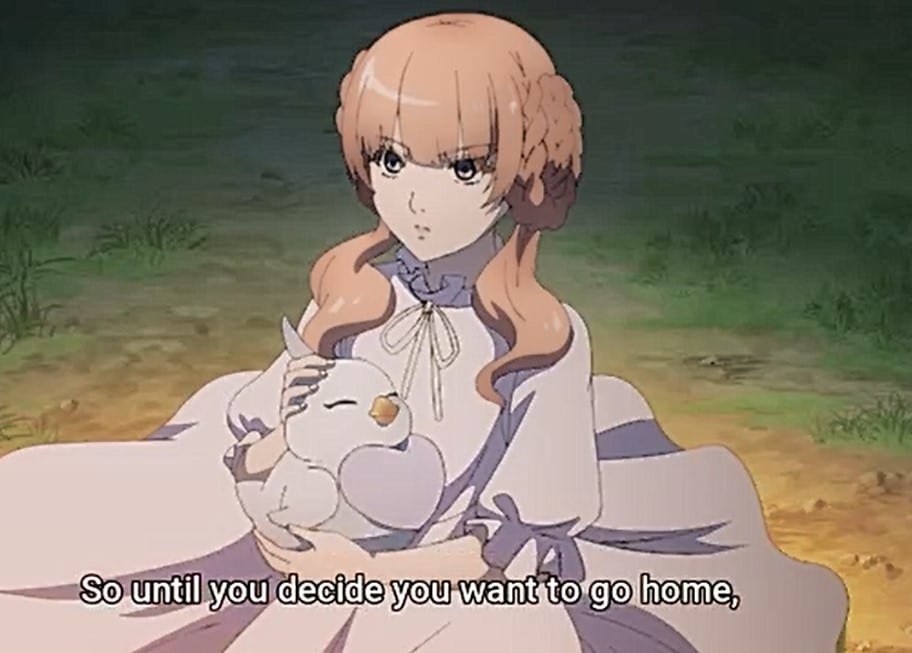 Huey replies that he possesses no power of summoning lighting, make stuff explode, or resurrect humans. Cait told Huey to relax, and it is still daytime; they can go to the Forest of the Dead since ghosts appear at night. Huey comments that he is not only scared of the spirit. Later the duo arrives at the Forest of the Dead, and Huey remarks that there might be a poison gas the makes the forest to be in this state. Finally, the two managed to pass the Forest of the Dead and arrived at the mansion over the mountain.

Cait thinks the red dragon resides here, and Huey decided to enter the house. But he stopped and commented that he couldn’t barge into a guy’s house without asking for permission. Cait wonders if Huey will end up saying that they have to ask permission from the dragon to hunt the dragon. So Cait suggests that they can stay and watch the house until red appears. Later the two heard voices of men saying this is the Flame Dragon Lord’s house. Cait notices that those men are wearing shiny armor, and they are Heroes.

Huey wonders if those Heroes are after the dragon, and they surprise him when they enter the house. Huey gets furious that the Heroes entered the dragon’s house without asking the owner of the house. The Heroes find that no one is inside the house, and they decided to leave. The next day Huey saw Letty and they being to hunt Letty, but they hesitate, thinking that Letty’s dragon insists might show up. Letty and Dearia saved the esteemed daughter of Edred Wilhem Ostern Fran Malloy Roy Karlher and decided to travel with her.