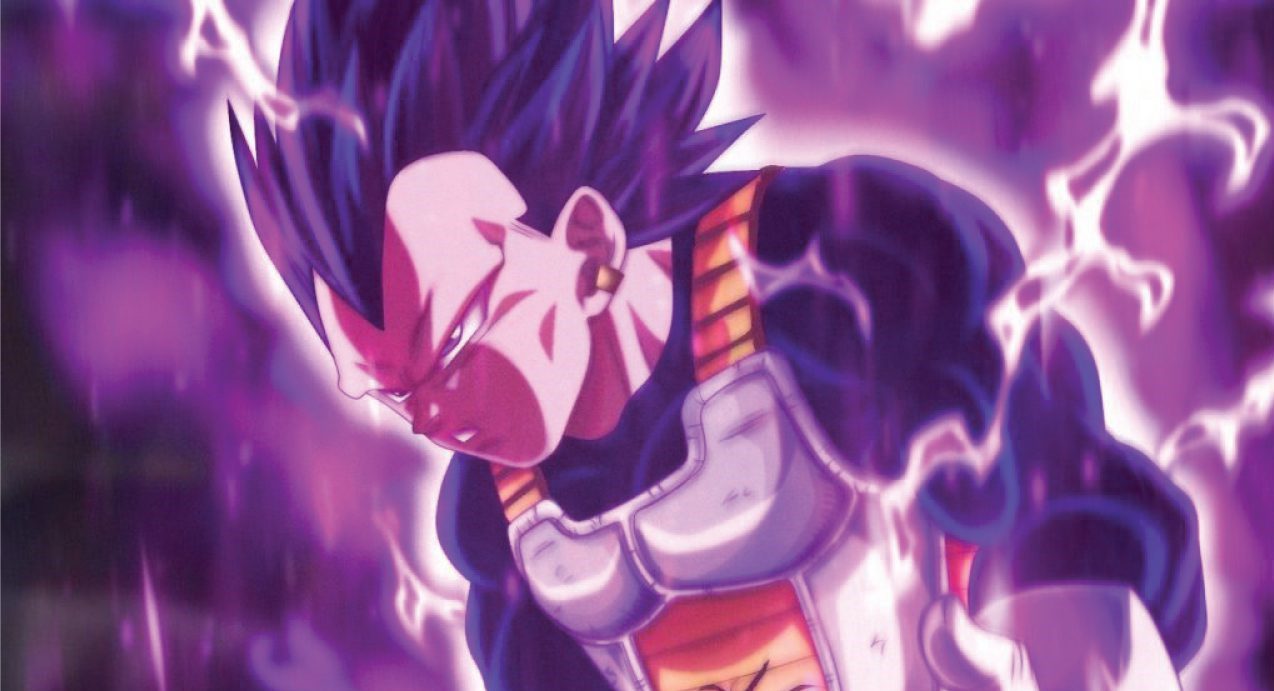 It’s the time of the month when we eagerly wait for the Dragon Ball Suoer’s newest chapters to arrive. If you have been keeping with Akira Toriyama’s manga, you know the exciting turns its plot has been taking so far. The manga is at its peak of anticipation and every chapter ends with tempting cliffhangers that leave us asking for more. As Toriyama spins a new angle to the story every month, fans wait for the drafts to come out so they can get a quick glance over what the story holds ahead. It’s that time of the month again! The manga’s new chapter will be getting released soon but the Dragon Ball Super chapter 76 spoilers are already out and we are here to serve them hot.

For anyone wondering: Yes, the new chapter looks absolutely beautiful. Toyotarou has illustrated every panel with precise details and the fights are getting truly impressive as the story progresses. But the new chapter is going to be about more than only battles. In these Dragon Ball Super chapter 76 spoilers, you will see Granolah in a new light as certain events raise some essential questions about his past and the feelings he holds inside him. To add up to the manga’s excitement, Dragon Ball Super’s Chapter 76 ends with another terrific cliffhanger. So be prepared to be intrigued by yet another satisfactory chapter only to be waiting for more.

Here are all the Dragon Ball Super chapter 76 spoilers you need to look forward to now.

In the past few chapters, we have seen Goku and Vegeta come face to face with Granolah. After Goku’s first defeat, Granolah battles with Vegeta. Vegeta took a form we hadn’t seen before called the Ultra Ego form. The battle between the two has a lot of ups and downs. They show off their strengths and are equally determined to win. The fight has been going on for a while now. It has been a blissful sight to watch the two characters fight with their all. Will chapter 76 put an end to it?

As Granolah and Vegeta fight, the latter finally get exhausted enough and transform back to his normal self from his Ultra Ego form. Before Granolah can place his final blow on Vegeta, Goku comes and saves his friend. He throws Granolah far away using his SSJ Blue form. He says that he will be fighting Granolah next. Instead of accepting his help, Vegeta refuses his help and then hits him. He tells Goku to stay away from the fight and not come in between him and Granolah. Saying so, he punches Goku again. Taking advantage of their fight, Granolah attacks Vegeta with the intention of piercing his stomach. Vegeta is saved by Goku again as the latter pushes him away. Crashing into a house, Vegeta is now unconscious.

Goku and Granolah continue fighting. As Granolah tries to pierce Goku’s neck, Goku tightens his skin. After receiving the blow, Goku pretends to fall unconscious. Taking the bait, Granolah is about to leave but Goku attacks him with a ki-blast. Granolah tries to hit Goku again, once again trying to pierce his stomach too. But Goku tightens his skin once more and saves himself. Meanwhile, Vegeta wakes up. He interferes with their fight and pins Goku down. Goku returns to his normal form. He reveals that he is going to fight with Granolah, in his way. 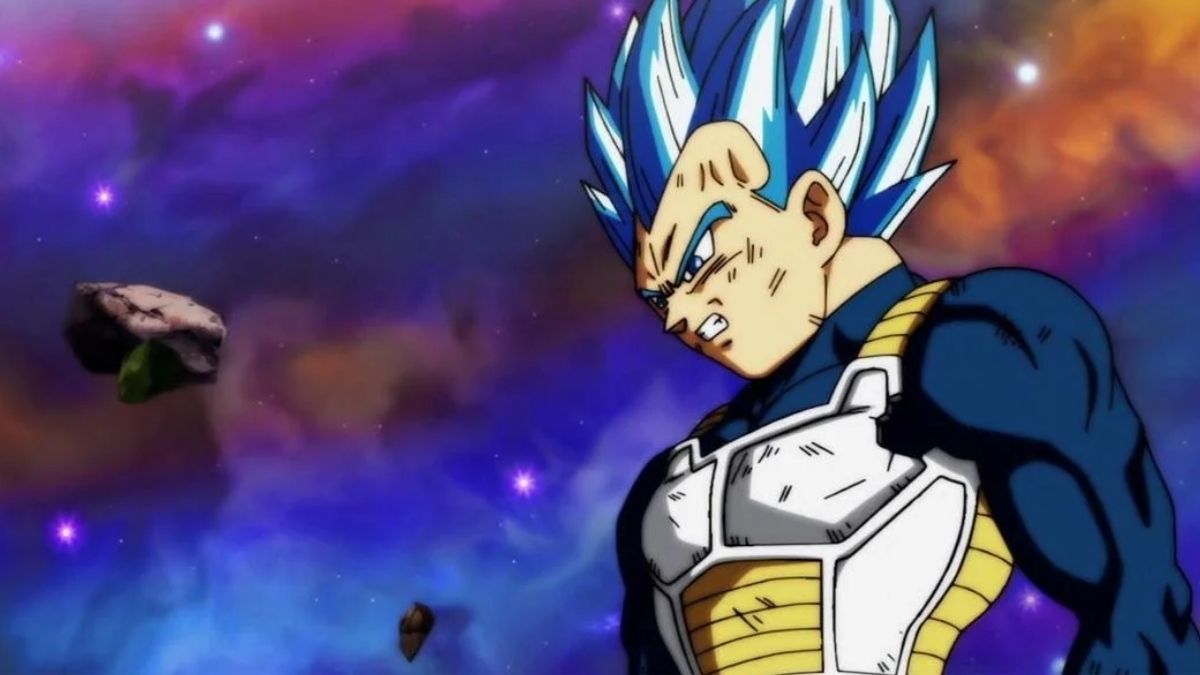 A Glimpse of the Past

Vegeta turns back into his Ultra Ego form, to the shock of Granolah. As they fight, they end up in the Sugarians’ City. Granolah tells him to move someplace else but Vegeta does not listen. A fierce battle commences between the two. The two punch and bite each other. Finally, Vegeta falls to the ground and Granolah stands on his arm. He then shoots several ki-blast at Vegeta’s face. Now exhausted, Granolah takes a moment of rest too.

However, when a wall breaks down, Granolah sees a Sugarian mother with her child. This reminds him of his own childhood and his mother. The manga takes us back to Granolah’s childhood. When his city was attacked by Saiyans, he ran to his mother, who was in a church, They hug but are interrupted by a crashing sound. The two look terrified and then the flashback breaks and we return to the present.

Remembering his past enrages Granolah and it grows a killing intent in him. With a punch, he throws Vegeta out of the city. At this point, everyone is exhausted, including Goku.

Towards the end of the chapter, a spaceship appears in front of Goku. We see that the spaceship is piloted by Granolah’s robot, Automil and Namekian Monite is inside it. He calls Granolah, who is surprised to see him. Once the ship lands, Monite comes out and reveals a shocking truth to Granolah: The one who saved them 40 years ago, was Bardock, a Saiyan.

With this, the Dragon Ball Super chapter 76 spoilers conclude.

Dragon Ball Super Chapter 76 release date is 20 September 2021 at 20:30 hours. You can follow up with the latest chapters of the manga on Viz Media or Shueisha’s Manga Plus App. 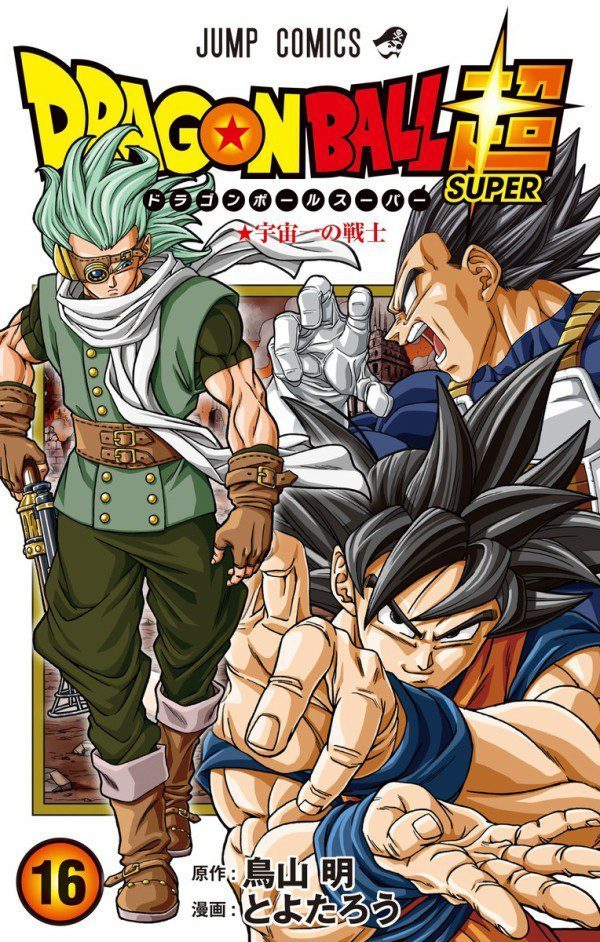 Also Read: How Old is Goku in ‘Dragon Ball Super’?