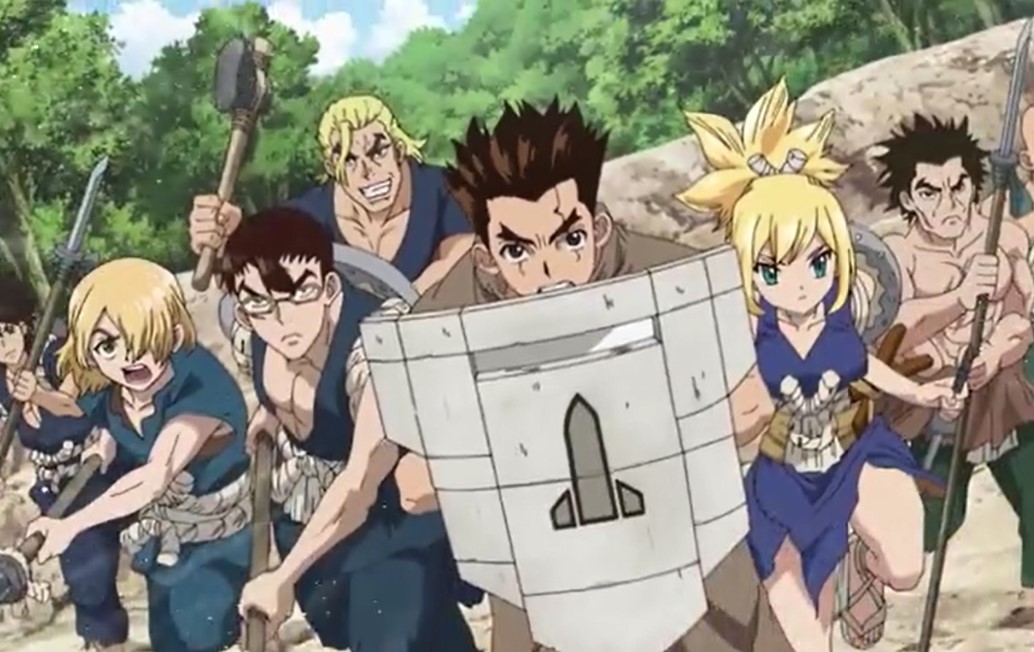 The war about to break at Tsukasa Empire, Senku has allied with half of the Tsukasa Empire. Ukyo is also at Senku’s side, and Tsukasfind the cellphone at the graveyard. He realizes that Senku was fooling him all along. The Kindom of Science is about is about to tear apart the mighty Tsukasa’s Empire. Taiju and the others saw where they woke up and began everything. Find more Dr. Stone: Stone Wars Season 2 below.

Taiju realizes that they woke up in a miracle cave where there is nitric acid. Yuziharu realizes that nitric acid is used for everything from breathing life into the statues. It is the miracle water that commands both life-and-death. That’s why Tsukasa has so many people guarding it. Hyoga and Tsukasa believe that their Yo and other allies have passed away. They said they would avenge their death, and they know that Senku is after the miracle cave.

Dr. Stone: Stone Wars Season 2 Episode 9 will release on Thursday, 10 March 2021 at 10:30 PM on Crunchyroll and Anime-Planet. Let’s move to the development of the battle below.

Ukyo stood on the top of the tree and listened to the enemy’s movement. He informs Senku that Tsukasa and Hyoga are at the graveyard. They are far from here, and Senku Steam Gorilla is ready for battle. Senku is aiming for one blast of the Steam Gorilla; the enemy will only panic and has the instinct to run away. Senku told the Science Kingdom that they only have twenty-seconds to win the battle.

Magama smiles and comments that they will kill all of their enemies. Kinro reminds Magma of the condition of their alliance that nobody dies. Ukyo agrees, and Senku reveals that they are just going to conquer the miracle cave. He said they would do that using scientific lightning attacks without killing a single person. 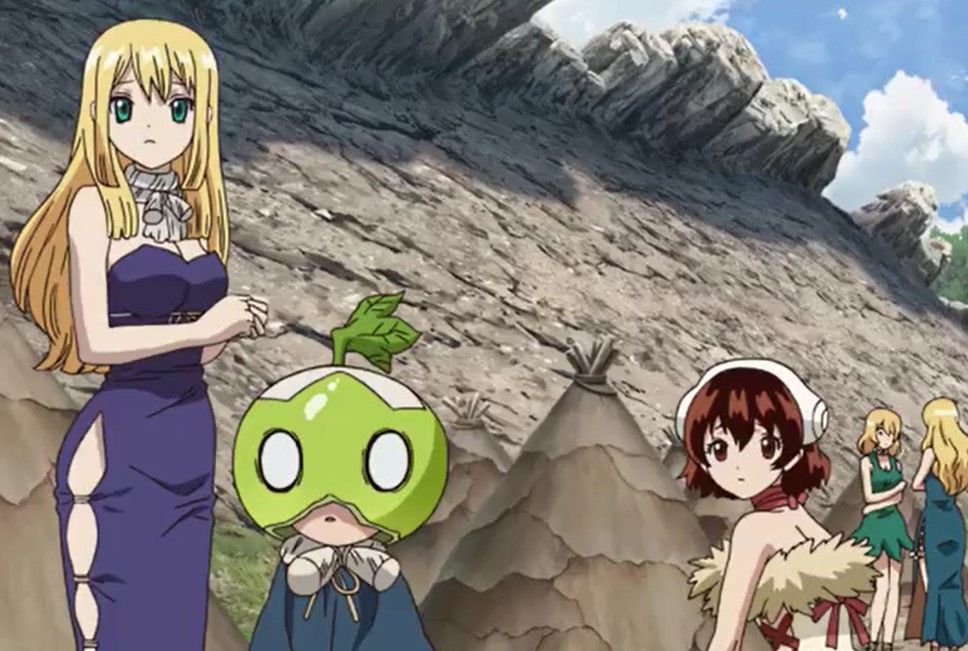 Senku told his crew that it is time for them to start with their mission. He is controlling the Steam Gorilla with Gen and Chrome. They run towards the Tsukasa Empire, and Kohaku realizes that the fate of all humanity will be decided in these 20 seconds. They made a grand entrance at Tsukasa’s Empire, but Tsukasa and Hyoga are not around. Senku orders Gen and Chrome to fire a cannon.

He reveals that when the glass jar full of sulfuric acid shatters on impact, it will mix with the fuel made from alcohol and coal ash. It will create a giant Hollywood-budget explosion, and they attack the Tsukasa’s Empire. The muscle guysatTsukas Empire jumps away, noticing that they are under attack. Ukyo is in the woods listening to the movement of Hyoga and Tsukasa. They have finished three seconds from that twenty seconds.

Chrome comments that Tsukasa was expecting the Science Kingdom to attack with the Steam Engine. Gen said it means the miracle cave would be an artificial facility full of anti-vehicle traps. The muscles guys comment that they are screwed since the Stream Gorilla is passing through their traps. Kohaku and Kinro keep up with their motto of no killing. Taiju uses Carbon Shield that breaks the weapons of the muscle guys.

The enemies are confused as to what kind of people they are battling with. They comment that Taiju is tough. Kohaku and Kinro allow other has mage to take down all the enemies around them. They tied the enemies and surrounded them, but the Steam Gorilla has fallen inside the trap. 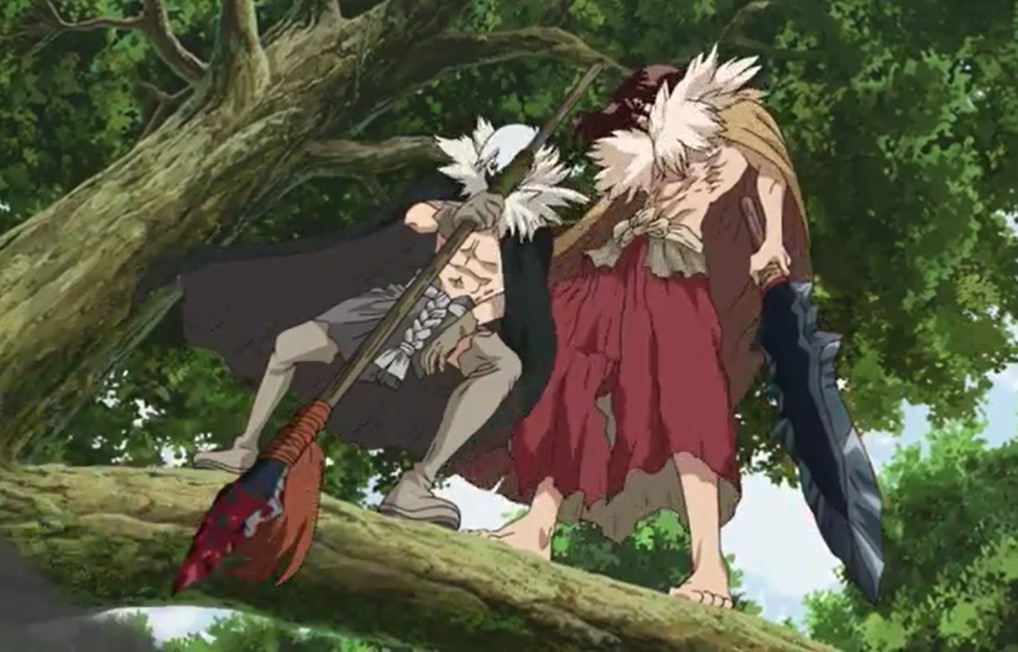 The muscles guys guarding the gate of the miracle cave laughs at the Steam Gorilla. They are glad that their battle will now turn to their side. But Magma arrives quickly to help Senku and others. They created a sonic bomb that put all the muscle guys to sleep. Minami is watching everything hiding nearby, and she notices that everyone is confused.

She decides to head to Tsukasa and inform him about the situation. Nikki and Ukyo stop Minami before she reaches Tsukasa. Taiju uses his voice as a sonic bomb to stop the remaining enemies. They have defeated all the enemies in twenty seconds. Senku comments that they did it in time, and there are only zero casualties.

Ukyo heard Hyoga and Tsukasa coming back, and he warns Senku and others to run. Suddenly Ukyo got stabbed on his arm, and he falls in front of Senku. Senku refused to sacrifice his life and decided that he will battle alongside the Kingdom of Science. The second battle is about to begin.