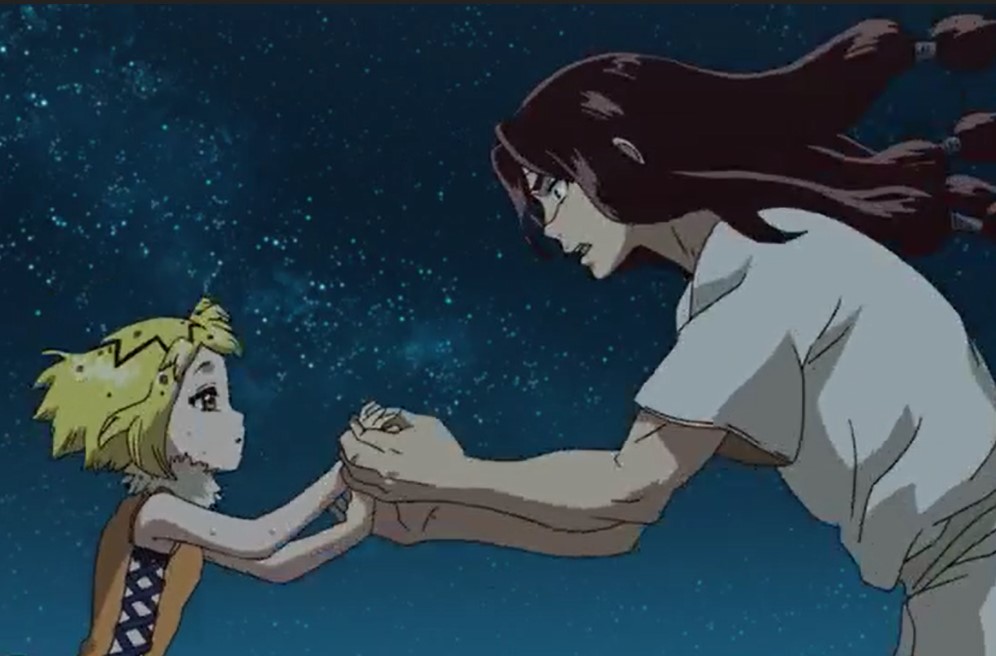 The battle at Tsukasa Empire has ended with a truce. Senku comments that it is a stalemate. Tsukasa accepted Senku’s offer, and they head to revive Tsukasa’s sisters Mirai. Tsukasa was the one who finds the statue of his sister, and he calls Senku. Senku wanted to revive Mirai at once. Taiju told Senku to wait, Mirai is naked, and he cannot revive her now. Yuziriha knitted a costume for Mirai, and she dressed her. She told Senku that they have finished, he can revive Mirai.

Senku praises his sciences, and after the light vanishes, a beautiful girl appears. Tsukasa is stunned. He saw a girl opening his arms as she recalls him as her brother. Tsukasa is impressed that Mirai has been revived. Mirai asks where she is, and Tsukasa calls out her name. She looks at him and saw an image of young Tsukasa. Mirai told Tsukasa he looks old, but he is still handsome.

Mirai asks how many years has she been sleeping and how old is she. Tsukasa reveals that it was six years ago, but it has been thousand years in their world. He embraces her sister. Kohaku comments that Tsukasa kept on fighting, knowing that there was no cure. She also said Tsukasa has been waiting for this day for years and years. In the morning, Kokuyo told everyone that they are returning. 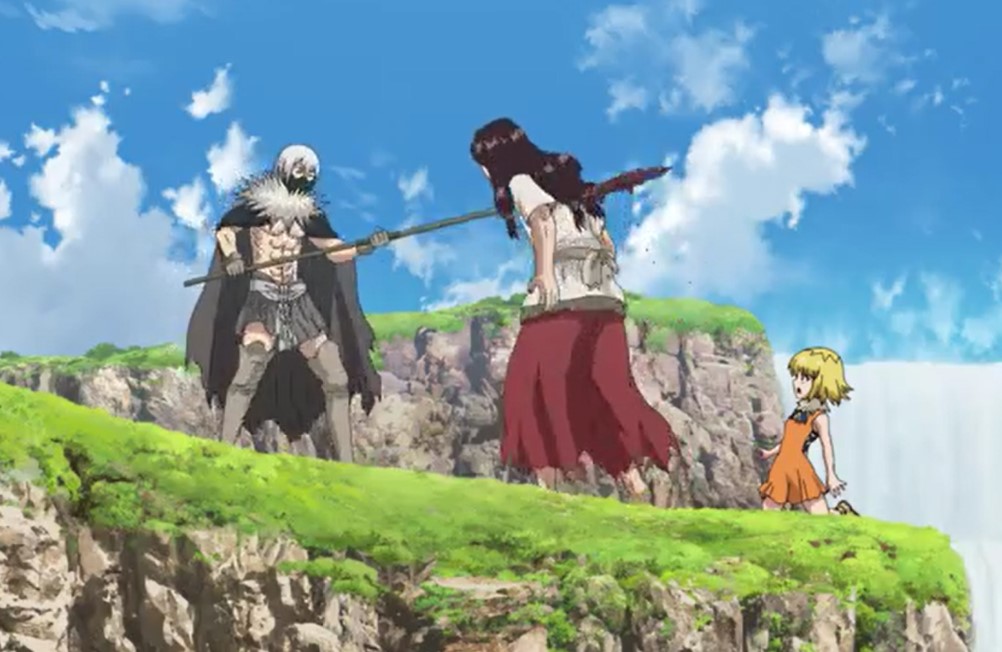 Chrome finds that their dynamite is missing, and someone might have stolen it. He told Senku, and Ukyo said that someone fooled his hearing, and he wonders who stole it. At Senku base, Suika finds that Homura has been freed, and she wonders who did it. Earlier, Yo Uei infiltrated Senku’s base and free Homura. Yo thinks that the war is still going on, and he can capture Chrome again. The two team up and contact Hyoga, who also sends Mirai’s sister to the river.

In the present, Senku and others hear the sound of an explosion. They notice it coming from the river and realizes that it is that dynamite that was stolen. Kohaku asks where the sound is coming from, and Senku realizes it is coming from the miracle cave. Saseki is worried that the miracle water is destroyed, and they cannot make more scientific weapons. Ukyo notices Homura and warns Senku and the others. Tsukasa was with Mirai and Hyoga near the river. Tsukasa decided to head and see what is happening.

Hyoga looks at Tsukasa, who is leaving, and he is carrying a spear standing near Mirai. Senku has guessed what is happening, and he realizes that Hyoga is up to something. He arrived and told Tsukasa to move away with Mirai. Hyoga attacks Mirai with his spear, but Tsukasa jumps in quickly. After stabbing Tsukasa, who saved Mirai, Hyoga comments he has been looking to erase Tsukasa, the strongest high school primate. He pushes Tsukasa over the edge of the hill, but Senku catches Tsukasa before hitting the ground.

Hyoga also smacked Tsukasa over the edge of the cliff, and Tsukasa falls over with Senku. Hyoga also dives in the river, and Kohaku wanted to follow them. But her father stopped her. When the sun is down, Senku manages to drag Tsukasa outside the river. Hyoga arrived and said he had pierced Tsukasa’s heart and Seku won’t save him. 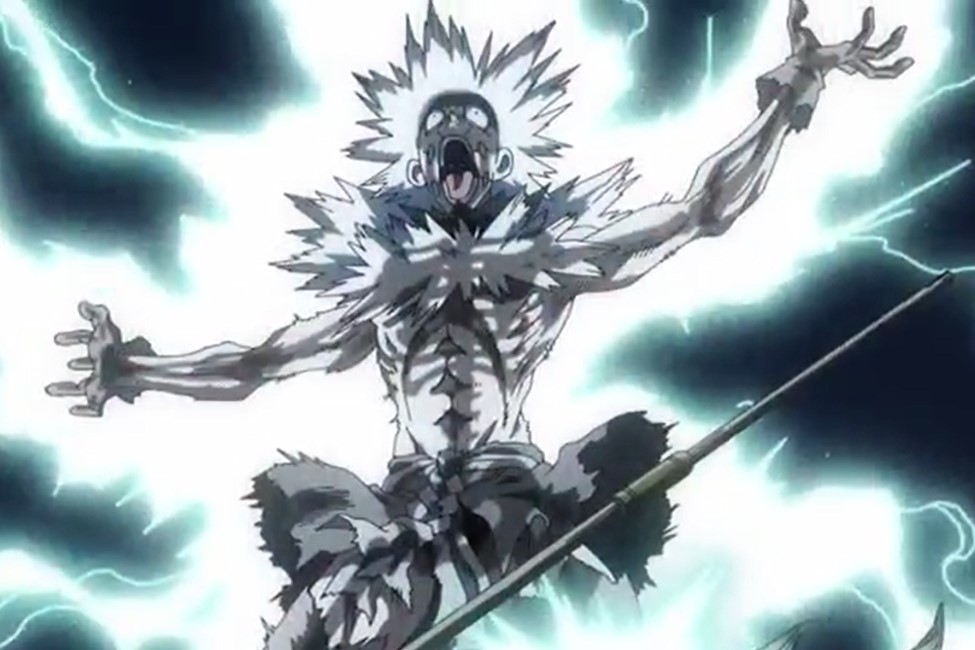 Hyoga told Senku that they could take about something in private. Senku told Hyoga that he is not interested. He reveals that he was in agreement on their fundamental belief with Tsukasa. The fundamental belief states that the certification phenomenon that rain down on this planet thousands of years ago was to select certain humans. Hyoga reminds Senku that there is no way that this planet can sustain seven billion people. He asks Senku who is worthy of living on this planet, and he said they have to make a selection.

Only the elite beings are worthy of living on this planet. Senku comments that seven billion of them will find a way to sustain all seven billion people. That is the way science does things. Hyoga told Senku that they could make a tag team and select the right people to live in this world. Hyoga attacks Senku, who revive Tsukasa. Tsukasa punches Hyoga and sends him flying. Tsukasa defeated Hyoga using the power of science and might.