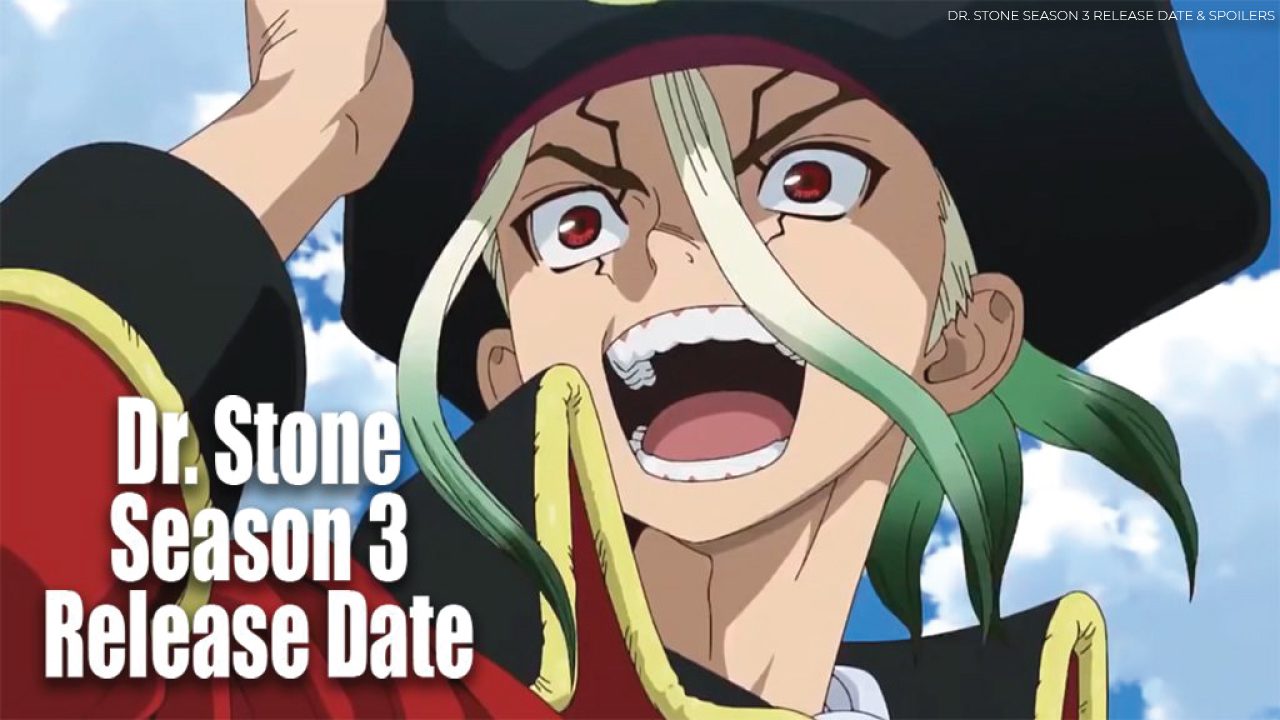 What is Dr Stone Season 3 release date? This anime series is one of the most awaited shows on Netflix. Riichiro Inagaki created this sci-fi anime series. The show ran for two seasons, from July 5, 2019, to March 25, 2021, and the first season has 24 episodes, whereas the second season has only 11 episodes. Dr. Stone received a positive response from the audience, as season 2 got over a few months ago, and already the huge fanbase is eagerly waiting for updates and release date regarding Dr. Stone Season 3. So you don’t need to worry anymore, as we will cover all these topics in this article on the third season.

The show is about a young boy who revived after being petrified for thousands of years. The story takes place in 5738 AD in the future. A mysterious light petrified every living organism in the world. However, the young scientist Senku is awake from a long sleep and is on a journey to revive all 7 billion people on earth. Further, he’s also unraveling the mystery behind the petrification light. There is no doubt we all felt bad when the show ended after the season 2 finale, as we wanted to see more of this mystery-drama series. Therefore, we can’t wait for Dr. Stone Season 3 to come.

What has happened in Dr. Stone so far?

The anime takes place 3700 years in the future after the entire world got petrified because of mysterious life. However, a 15-year-old genius boy, Senku Ishigami, finally woke up from the deep slumber and began studying petrification. Six months after his revival, his best friend, Taiju, also woke up because of nitric acid. The two researched more about petrification to invent a compound with nitric acid to revive anyone easily.

The duo soon revives a famous high-school martial artist, Tsukasa Shishio, and Taiju’s crush and classmate, Yuzuriha Ogawa. The four then work together to revive other people. But soon, Tsukasa reveals his ideology, only reviving the young ones. He even destroyed the adult statues because he believed reviving adults will bring back conflict and war again in this primitive world. But Senku wanted to revive every single person. And also, Senku had the knowledge to develop scientific weapons. Therefore, Tsukasa killed Senku, so he might not become an obstacle in the future. 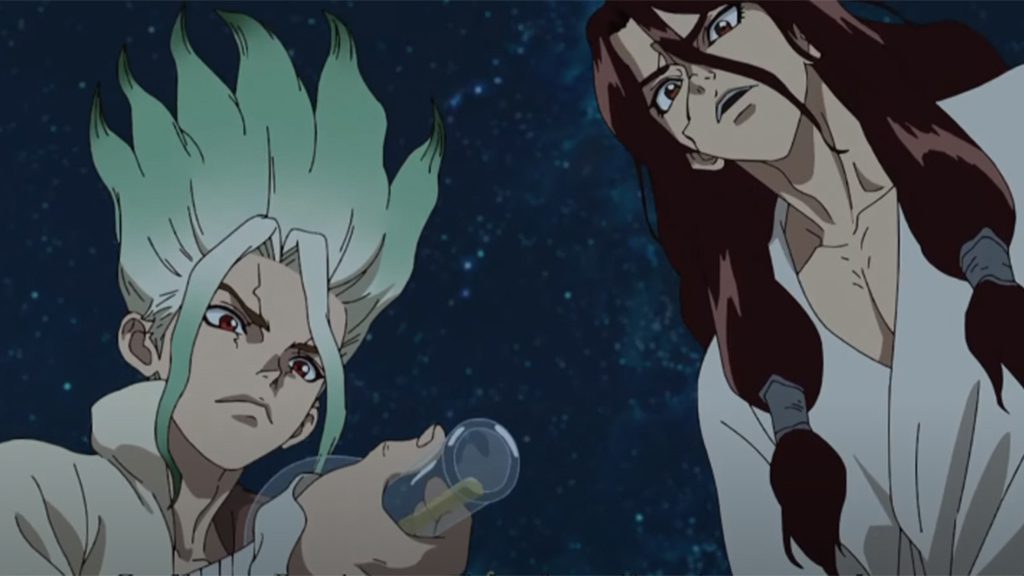 But Senku evaded his death even after a deathly hit from Tsukasa on his neck. The young genius sends his friends with Tsukasa to spy on him and make him believe about his death. While exploring the stone world, Senku comes across a tribe of people. He plans to establish his Kingdom of Science there. At first, the villagers were keeping their distance from the genius. But soon, they become friends with Senku, who later even became the village’s chief. Later, Senku realizes the Ishigami village’s people are actually descendants of his father and his partners, who were in space during the petrification.

Senku and his Kingdom of Science invent many scientific inventions like generators, electricity, light, cola, ramen, and Katana. Then they even develop automobiles to take down Tsukasa’s empire. Further, with the help of Taiju and Yuzuriha, Senku turned many of Tsukasa’s men to his side. In the battle, Senku not only defeated Tsukasa with his science. But also helped to revive his little sister. But one of Tsukasa’s men, Hyoga, revolted against the martial artist and also gave him a mortal wound. Senku sends Tsukasa into cryogenic sleep until he discovers the ways to heal him. Senku and his crew set on a new journey to unravel the mystery behind petrification.

Soon after the second season ended, it was announced that a third season was under production. The Dr. Stone Season 3 might release during Summer 2022.

At the end of season two, we witnessed Senku sending Tsukasa into cryogenic sleep until he finds a fay to heal him. Also, the young scientist notifies his crew about traveling to the other side of the world to South America. Because in the first season, Senku’s father, Byakuya, found out that the petrification originated from South America. Thus, Senku and the team are sailing there to unravel the mystery behind the stone world. We saw a stone statue at the end. It was none other than Ryusui Nanami from the Dr. Stone manga, whom Senku will revive because of his navigation and sailing skills.

The upcoming season will most probably cover the Source of the Petrification Saga from the manga, which covers two arcs: Age of Exploration Arc and Treasure Island Arc. Thus, we will see the adaptation from chapters 83 to 138. We might also witness many new characters in the anime. Until then, we can binge the sci-fi anime again, and for those who haven’t, you have enough time to complete the two seasons prior to the release of the Dr. Stone Season 3.