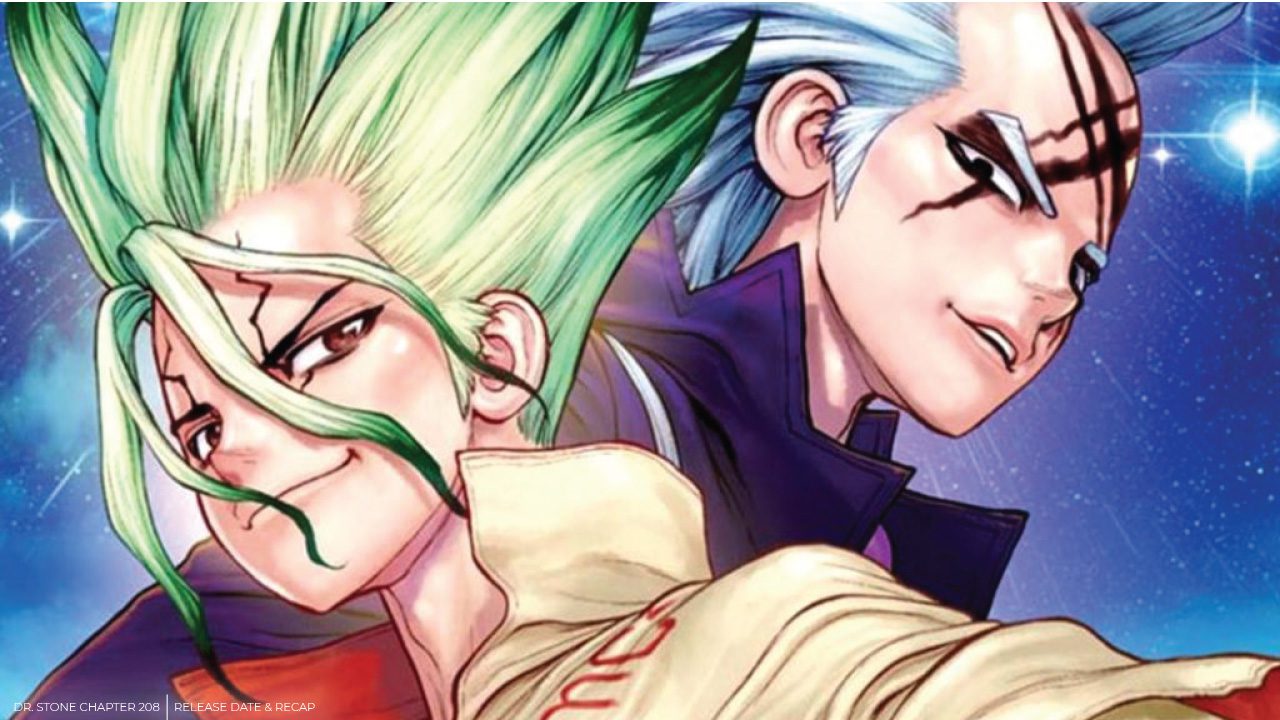 Dr. Stone Chapter 208 will release soon after returning from break; Scientists are working to craft a new computer in their present era. It will be the first computer ever made in the Stone World. Senku comments that they are building a computer from scratch, and they are baking metal donuts. Sai is combining all the components that he has build required to make a computer. The chapter title: ”Linking the Circuit Diagram.” Ryusui talked about including the Dragon Quest. They think that they have to start with simple things, and Ryusui suggests a Chess game. Senku told them not to get carried away since the computer will be level one. Kohaku thinks that they are all hyped.

Sai explains how the circuit diagram works and how they can link it all together. Gen comments that he is lost, and Kaseki wonders how to get it to the guys in corn city. Chelsea thinks it will be easy if they send some pictures. Xeno joined the party and said he has an elegant solution, and they can nd those things online. Gen thinks about fax for photographs, and they can use the proper one now. They have sent some instructions to Taiju’s team in North America. Xeno asks Senku if he needs to learn how to build a fax machine. Senku replies that he can tell them about the setup he is using. Chelsea and Senku talked about how they can make a printing paper.

They begin to work on that, and Senku said getting the machine ready is tricky. He explains how the machine works and how the signal turns into radio signals. But reversing the process reproduces their burns and prints the image. Ryusui comments that Corn City will have a hard job for lifting the computer crafting. The trio enjoys talking about their work, and Sai adds that if the guys are leaving, he will stay here in India to complete that circuit diagram and fax it when he finishes it. Ryusui told Sai that they are setting sail together and he will travel with them.

Chelsea is glad that Sai is coming with them since they will need Sai’s math skills at every place they visit. Sai realizes that Ryusui is troublesome and traveling with him is the worst case. He realizes that Ryusui desires everything, and he keeps on ordering him to do things. Sai realizes that he traveled alone and wonders how they find him. Senku is working on the input and the printing side and notice that it is challenging to match the timing. If he misses by an inch, it will result in errors and mess the image. 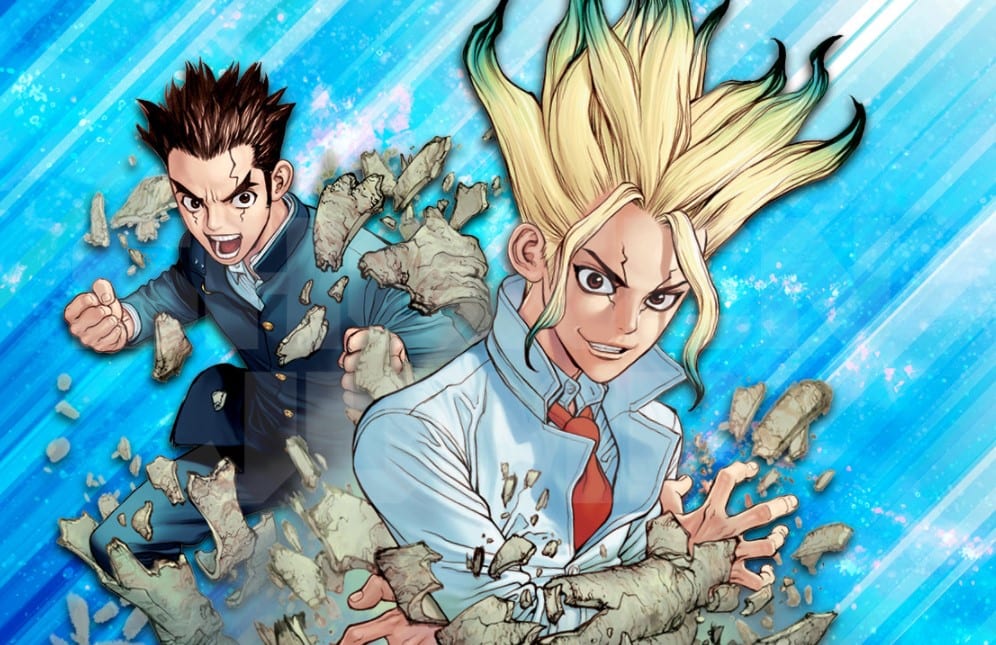 Chrome warns the guy that they are receiving something from the group in Corn City. They send a picture of them and that they have acquired Fax Machine. The crew made their first picture, and Chelsea is glad that they have the first group pic. Sai wonders about a group photo, and Ryusui also thinks about that. Gen notices that the two are in another world after they make a group photo. Sai realizes that it reminds him of the Nanami Corp group photo. He shares his experience with Gen and Chelsea.

The two feel that the story is exciting, and Sai talked about the Matriach of the Nanami Family. But his father and the clan forced him to practice math and prepares him to become a loyal soldier. Ryusui was different, and no one could control him since everything in his life was all about desire. Gen realizes that Sai has misspending time with Ryusui. Sai remembers the time he used to play with Ryusui, and they enjoy playing chess together. Later, Sai joined the party as the crew set on a journey.

Dr. Stone Chapter 208 will be released on 29 August 2021. This manga has recently returned on its Sunday releases, but Dr. Stone’s manga chapters get delayed due to weekly breaks. The latest updates of the chapters will get new updates every week, even if the manga is taking a weekly break. You can look at other details below.