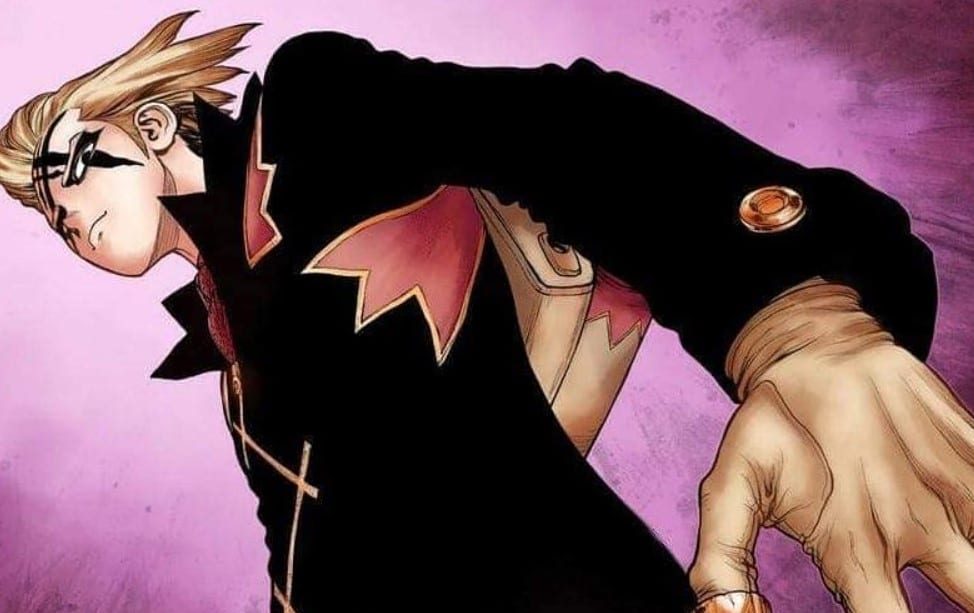 The Scince Kingdom has reunited after Senku works with Suika to dose everyone. But Chrome is worried about something that he heard Senku and Tsukasa talking in private. Chrome heads to the fire and enjoys feasting with Kaseki. He started to think about Kaseki and how they can keep Kaseki alive. Chrome heard Senku and Tsukasa saying that Kaseki will pass before the rest of them if they revive Kaseki. Dr. Stone Manga’s chapter titled Whole New World. Tsukasa realizes that the medusa’s light can wake the dead.

The two realize that they have an everlasting lasting along with humanity. Chrome also heard that and is excited that Kaseki will never die. He confronts Senku and prases Tsukasa that he has a sharp mind. Chrome comments that they used to consider Tsukasa as a villain in the past, but he came up with a brilliant idea. Chrome said he is still scared of Tsukasa even though they are friends. Senku announces that the next stop is at the moon, and they must find a bona fide expert to help them.

Senku took the 17th dose and heads to Xeno’s statue; Chrome asks Senku if he is sure they should revive Xeno. Tsukasa comments that they won’t face any problems since Stanely is out of the picture. Chrome folds his hands and comments that nothing will go wrong because they have mighty Tsukasa. Senku dose Xeno’s statue and comment that the rules of their world have changed ten billion percent. Xeno’s sculpture begins craking. He appears and comments that this is the light of immortality.

Xeno said his motto ”How Truly Elegant.”He also said Senku had violated the natural order with nefarious science. Chrome asks Xeno if he is saying lousy science and comments that nothing is wrong since everything worked perfectly. Tsukasa pulled Chrome back, who wanted to tell the others that they are immortal and will never face death. Chrome comments that it is the badest science he has ever seen. Senku square off with Xeno, and they take about science; it looked like a science battle. 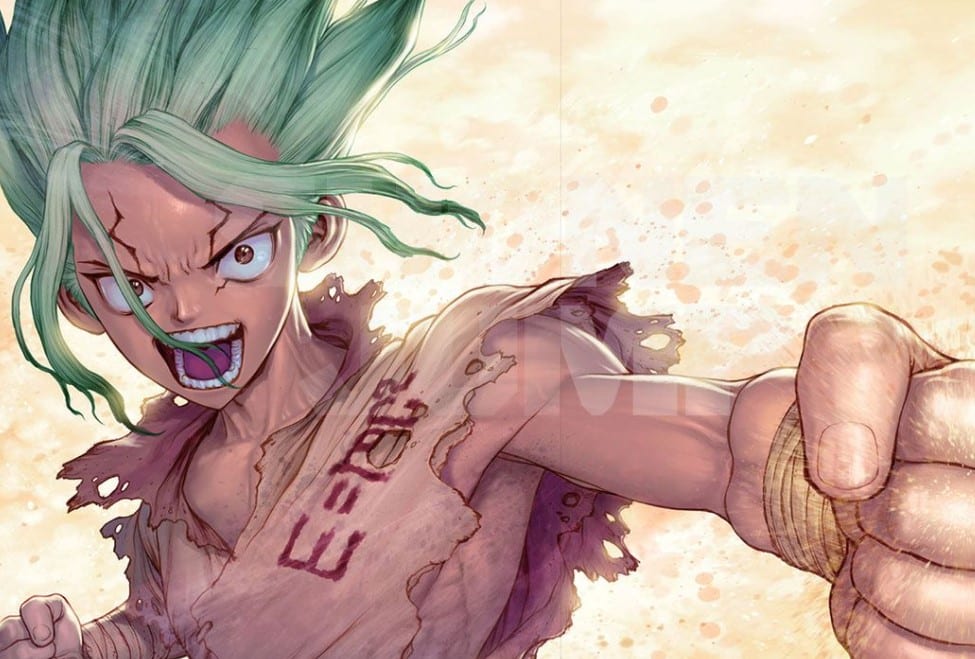 Senku reveals that their world will get filled with billions and trillions of older adults. But food and resource will be limited. The two enjoyed talking about the new world that will get created. Tsukasa, Senku, Xeno, and Chrome decided to keep the secret between them. They agreed that they would reveal everything to the Science Kingdom after solving all the mysteries. They realize that if people from the future know the truth about immortality, they will try to rule the world in the way they want.

Xeno asks them the trio if they decided to count him on their plan and wonders why they have taken this risk. Senku didn’t care about Xeno’s comments and show him an item they used in Treasure Island. He explains everything, and Xeno realizes that is still more he needs to learn about immortality. Senku comments humanity might be immortal now buy the price will pay for that. Xeno comments that it means they will settle the score by taking the negotiation to the moon. Stanley statue is nearby the hill, and Xeno saw it.

Ryusui comments that Stanley’s attack might be fair or attempted murder on them. Xeno accepted Senku’s deal and went near Stanley’s statue, and embraced it. Xeno light the cig on Stanley’s statue. Later he wore his costume and began to work on something with Senku. The two realize that it took them 3,700 years to ally, and they decide to build a stone world spaceship. The two scientists worked had and came up with different ideas for achieving their goal. The spacecraft will have a name written on it of a junior brigade scientist named Senku.

Dr. Stone Chapter 199 Release Date and Where To Read Online?