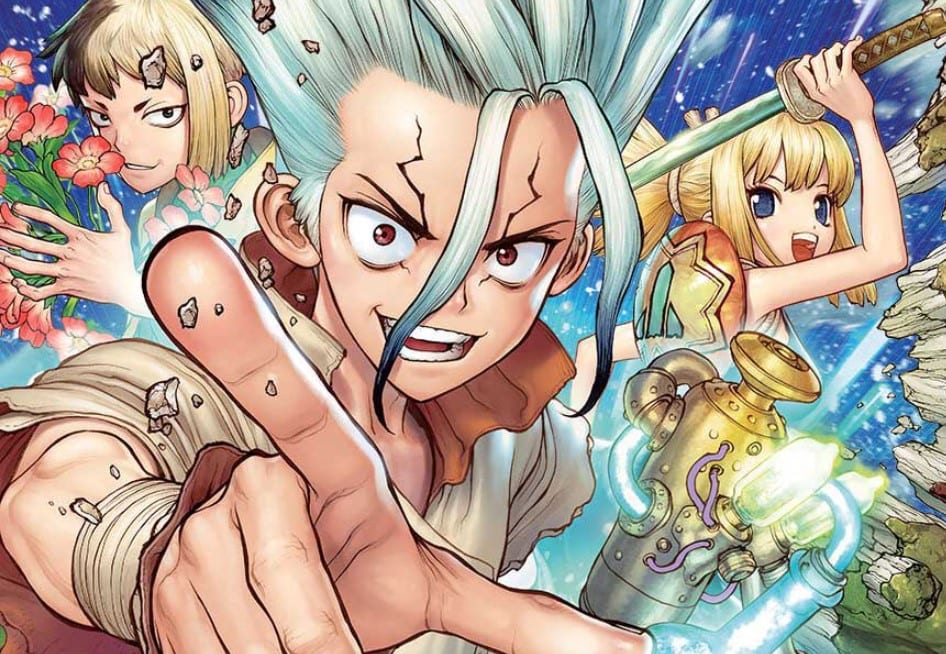 After seven years of working on making revival fluid, Suika has finally revived her master Senku. Suika embraces Senku and realizes that she has been waiting to reunite with him again. Dr. Stone latest chapter is titled A Stony Eden and Its Forbidden Fruit. Suika reveals to Senku how she created revival fluid after falling simultaneous times. Senku comments that if she took a long process, she is ten billion percent guaranteed to create a revival fluid step by step. He told her that she had done a great job.

Suika reveals that she manages to make one revival fluid for only one person. Senku realizes that it is the revival fluid that revived him that she managed to create and dose it on him. Senku raised his thumb and told her that she got ten billion percent for dosing him.  He reveals that it is time for him to begin with a scientific project after seven years. Senku told her to get excited, and he surprised her when he created nitric acid in one day.  Suika realizes that it took her years to do that and told him that he is fantastic.

Senku told Suika that he used a different scientific method to get it done in one day. He comments that as long as they got platinum, it is easy, like eating a piece of cake. The two enjoy traveling together, and Senku reveals that they will continue to make nitric acid. He comments that after 16 days, they have 16 full douses. The two worked hard and accomplished their goals.

Suika took the first bottle and revived Kohaku, who calls out Suika’s name after her stone statue cracks. Suka comments that they are the same age, and she can give her a classic Kohaku hug. They both embrace each other. They use other bottles to revive Francoise and Ryusui. Francoise comments that it took sixteen bottles of douses to revive their allies.

Ryusui smiles and comments that they can talk about dealing with an enemy another day. All the members of the Science Kingdom have been restored. They are glad to see each other again, and they both reunite. Kaseki comments that all the time he gets revives, he comes back stronger than before. He told them that they could keep on petrifying him to see the end of this adventure. 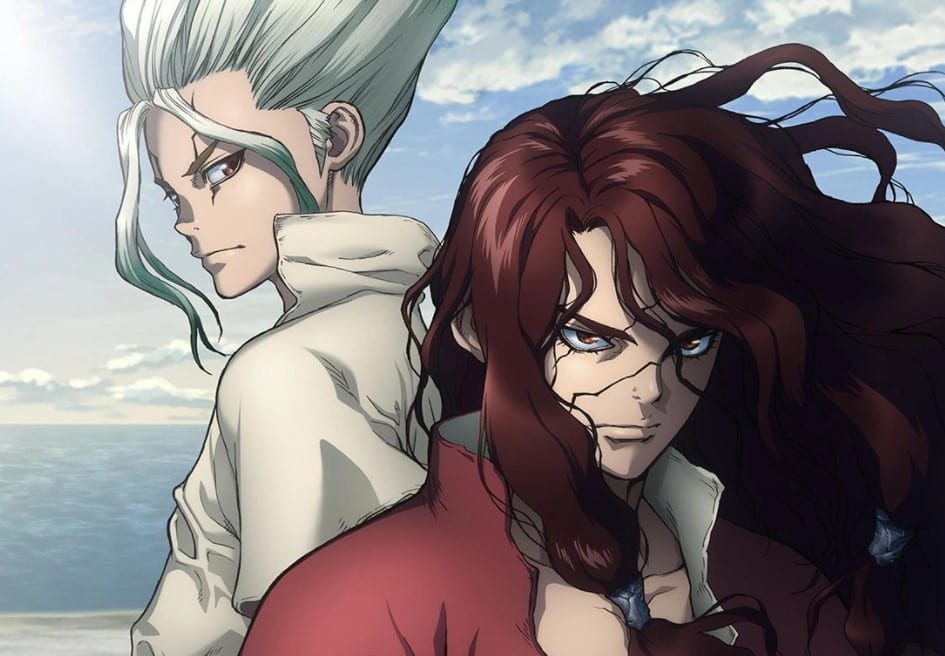 Kaseki is glad that Suika has grown up after seven years. Chrome realizes that if Kaseki died during the battle, it would have been impossible to revive him using the medusa device since Kaseki is older. He smiles at Kaseki and comments that they need him around to keep the shape of their boat. Tsukasa confronts Senku and asks about Hyoga, and Senku replies that Hyoga will get the last douse. But Tukasa notices that something is off and wonders if Hyoga can be revived. Senku heads to Hyoga’s statue and pours the rival fluid.

The miracle happened, and Kusaka is stunned by the power of Senku’s science. Hyoga got revived, and everyone cheers for him. The Science Kingdom crew is complete, and they had a banquet in the evening enjoying meat. Ryusui comments that they will begin with a jouner to rive humanity all over Japan, U. S, and everyone worldwide. But tonight, they feats to victory. Chrome comments that Senku still has those two cracks on his forehead even though he is petrified and revived.

Senku comments that the erosion got preserved. Later, Chrome notices Senku talking with Tsukasa about Hyoga. He realizes that the two are hiding something. The two spoke about Hyoga’s death, and Senku reveals that certification can even nullify death. Senku reveals that they are the only humans on earth at this moment who are now immortal. The two continue to talk about humanity. Chrome is confused about what the two are trying to say to each other.

Dr. Stone Chapter 198 Release Date and Where To Read Online?

Dr. Stone Chapter 198will release on Sunday, 30 May 2021. Dr. Stone will continue next Sunday. Also, you can read Dr. Stone, Chapter 197. Read Dr. Stone officially on VIZ Media and Shueisha’s Manga for free.