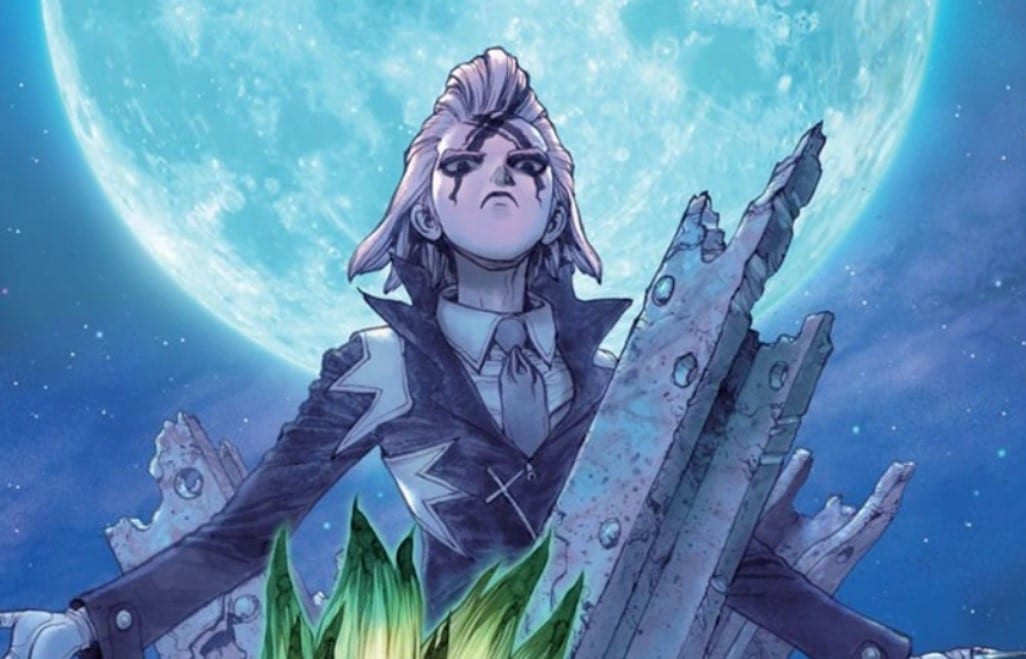 Earlier, Xeno wonders why the Science Kingdom has fooled him like that. Senku explains the secret is about the tower’s construction. He reveals that the Medusa Tower has a reflecting dish pointing down at the base. A dish is strong enough to break the bottle since it is used for the sonic shock cannon. Stanley orders his crew to claim the, but Chrome and Saseki tried to stop him. Dr. Stone Manga’s chapter is titled Our Stone. Senku tells  Suika to stand below the Medusa Tower since she is the only one who can do the job.

Suika rushes and stands below the tower as the waves approaches. Senku smile as he is about to turn the stone statue. He comments that he will meet with Dr. Xeno someday. But it might take a few years or days for the day resurrection for humanity to arrive. In the present, Chelsea and Luna watch at a distance as the drama unfolds. Luna comments that it is the Petri-Beam.

Chelsea comments that everything looks like a thousand years ago. World. The two talked about tossing the revival fluid up since they would get a chance to revive themselves. Stanley realizes that without Xeno’s help, there is no way he can throw the revival fluid perfectly since the wave is coming fast. Luna is at the top of the mountain with Chelsea, and they toss the revival fluid up.

Xeno realizes that the phenomenon would take 56 seconds. He comments that the light of destruction is truly elegant. He looks up at the tower witness the light he is talking about. Xeno looks at Senku, who is turning into a stone, and comments that the two of them would now have this new world. But he has no interest in the sheer beauty of new science. Xeno realizes that Senku’s power of science has stood in his way of ruling the new world. Stanley thinks that he can shoot the bottle on top of the tower with a single shot. 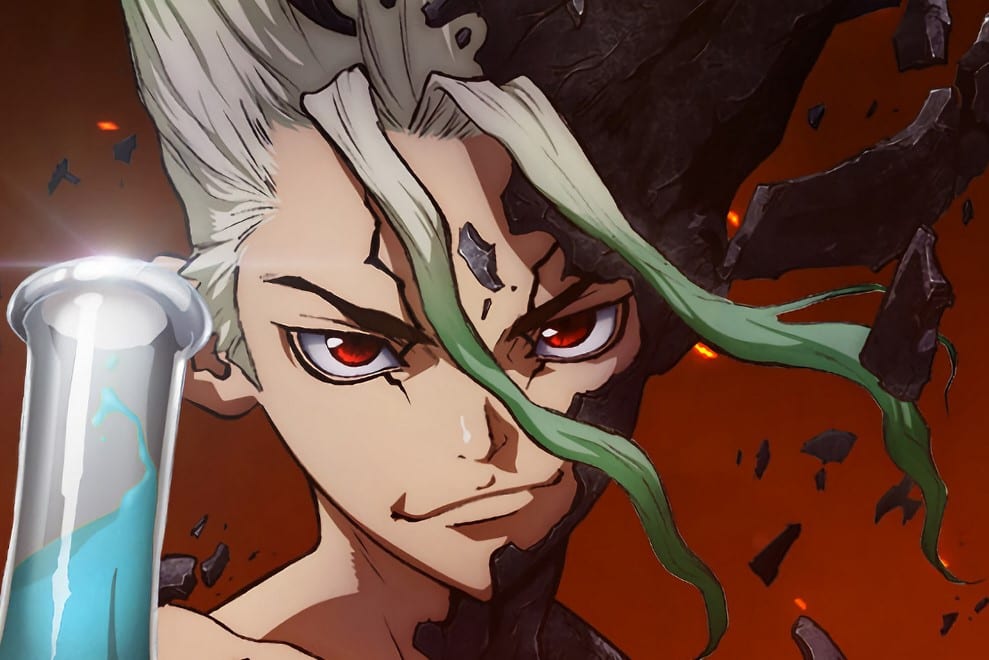 Stanley realizes that if his plan works perfectly, Senku and his friends won’t douse one of their own with the revival fluid after they are all petrified to claim victory. He also realizes that humanity would be doomed forever if the fluid is lost.  Stanley wonders if he should shoot or not. If he shoots, humanity will be destroyed, and they will earn a victory. Meanwhile, Xeno continues to narrate his story with Senku. He reveals that they were ruling the world at a young age.

He wonders what stopped him and Senku from walking on the same path. Senku comments that he told Xeno ten years ago that he is not interested in ruling over everyone. He follows the truth and what makes his people happy. Ryusui smiles, hearing Senku’s words. Senku said that the future world makes him happy, but Xeno and his people are the greedy ones. Suddenly Xeno turns into a stone statue after being struck by the rays of light.

Xeno comets that the kids have won this war and light a cigarette bere his face completely turns into a stone. Meanwhile, the others science crew gets in a defensive position for them not to break while petrified. A huge light Strug, the earth, and the animals watch as everything in the world changes. That day every human on earth got turned into a stone. No one knows what happens to Stanley ad his plans of shooting the bottle. However, one of the stone statues knew that a day or after a year would come when they are revived.

Dr. Stone Chapter 194 Release Date and Where To Read Online?

Dr. Stone Chapter 194 will release on Sunday, 25 April 2021. Dr. Stone will continue next Sunday, and the aftermath will be revealed. We will always keep you updated about Dr. Stone Chapters’ updates and spoilers. Find out how Senku’s plan was carried out by reading Dr. Stone, Chapter 193. Chapter 192 is released on Sunday. Visit Dr. Stone on  VIZ Media and Shueisha’s Manga to read Dr. Stone for free.