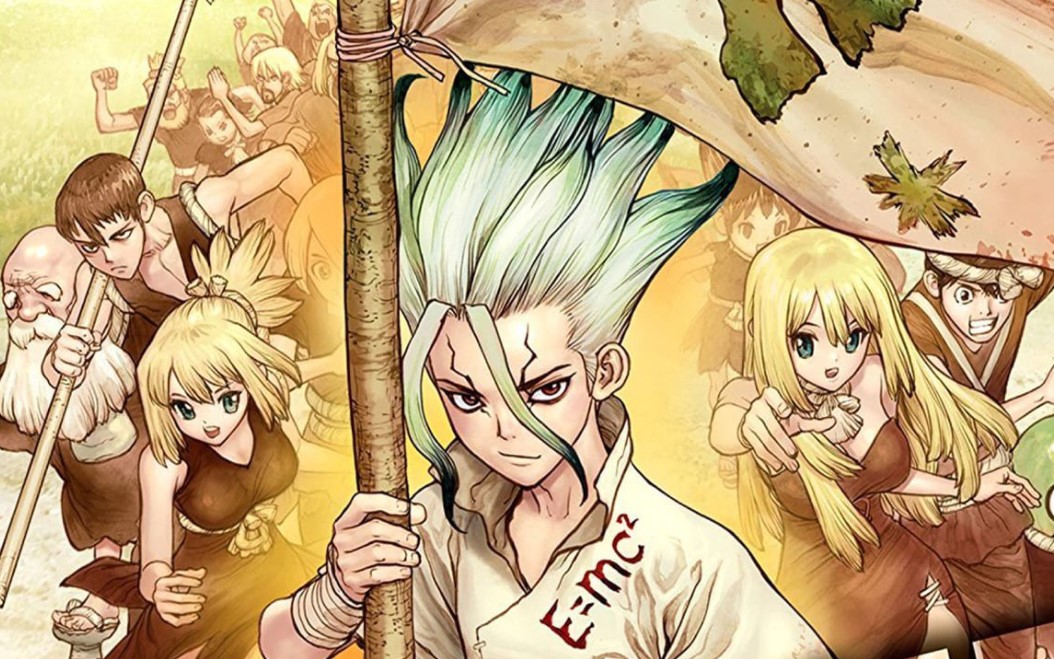 The battle continues at the Amazon forest, where Kohaku has managed to break the transceiver. But Hyoga and Tsukasa have been sniped out. Suddenly Kohaku is sniped out after the fall of Hyoga and Tsukasa. When she is falling to the ground, she thinks it is strange for her not to fear death. Today will be on Dr. Stone Chpater 190 titled” Our.” Kohaku realizes that she is not afraid of death because Stanley’s gang will be defeated by Senku’s Kingdom and the power of science.

Kohaku is about to pass out, and she thanks Senku and her friends for being with her all the time. At Senku’s base, they are busy preparing for Stanley’s arrival. Ryusui comments that once they get the device installed, victory will belong to them. Chrome notices that most of the devices have cracks, and time is beating them. He is relying on Tsukasa, Hyoga, and Kohaku to buy them some time. But he is not aware of the incident.

At the woods, Maya suggests that it is better to first fix the transceiver and move forward. Stanley refused and said they are proceeding with their journey. He thinks that the fallen trio were the strongest cards on Senku’s crew. Maya thinks that the trio was sent to buy time for a purpose. Stan thinks that something is fishy since they send their strongest warrior to face death. But he is not backing down; they decided to face Senku.

They decided to act quickly to catch Senku and the Kingdom of science righthanded. Stan and his men started to run towards Senku’s base. One of the gang comments that they are not giving their enemies time whether their transceiver is broken or not. Stan said they would attack fast and turns the enemies into dust. At the base, Senku realizes there is something important. He calls Luna and told her about the pseudo-suicide petrification plan. 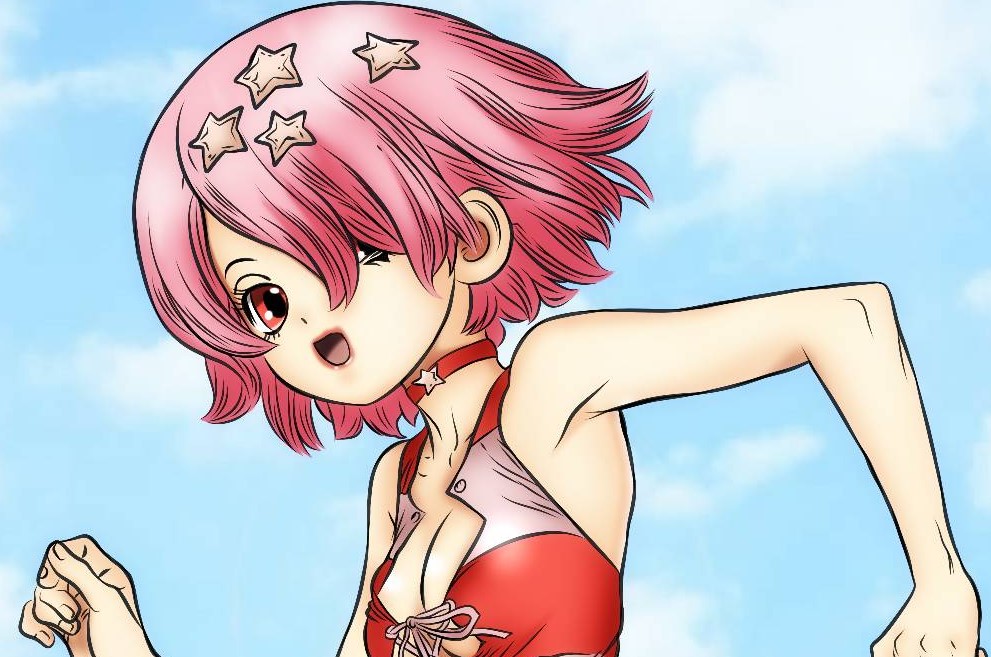 Senku reveals that Suika and Francois have been captured, and the plan won’t work perfectly. The pseudo-suicide petrification plan relies on a river, and that means it is Luna since Suika has failed. Luna is scared and started sweating, wondering why she is fit to do that job. She comments that she knows that she is such a smooth operator but why he is choosing her. Senku told her that if their statues get broken, Luna can fix them.

Ryusui mentions that Chelsea will be guiding Luna, and they must prepare and hide away from the battle. Chelsea agrees with the plan, but Senku and Ryusui feel that something is wrong. Chelsea and Luna set out on their journey, and Max thinks it stupid to let the ladies go out alone. He told Carlos that they should have been the bodyguards of Miss Luna. On their way, Chelsea told Luna that she could leave the navigation to her.

She reveals that geography is her thing, but the two are not happy about what is happening. Chelsea shed tears, realizing that they are losing members of their crew to win the battle. Meanwhile, Ukyo is performing another task in the woods. He saw that four of their members had been captured. Ukyo is wondering why he cannot see their scouts Hyoga, Tsukasa, and Kohaku. He concludes it means the trio has been killed. 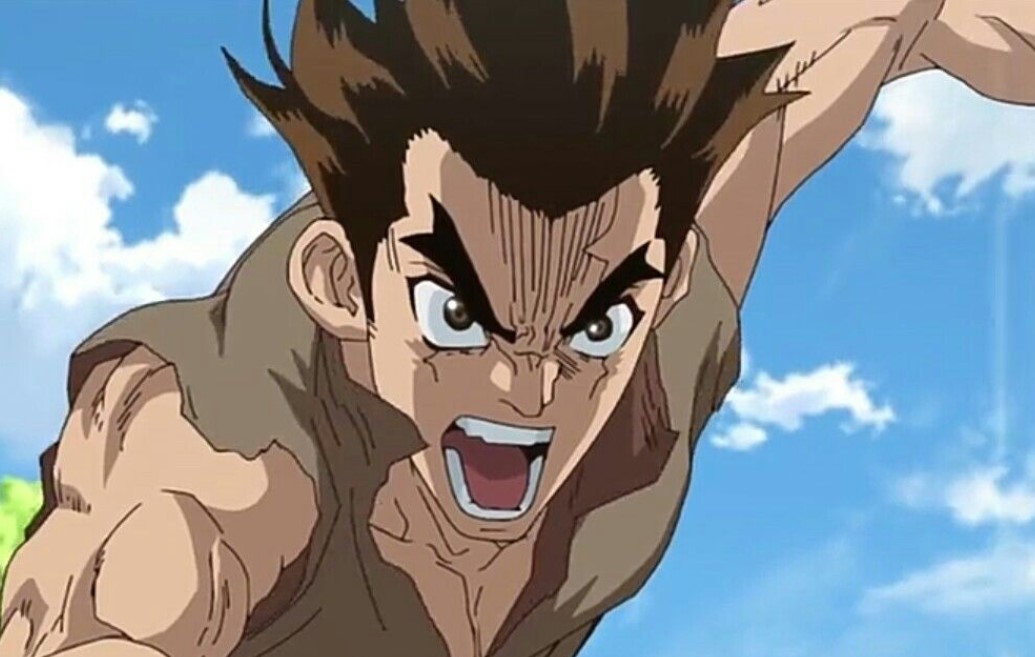 Chelsea is worried that the devices won’t be finished in time. Luna is surprised to hear that coming from Chelsea. Chelsea continues to cry, revealing that Senku knows that she and Luna can’t fight. That is why they have sent them away from the battle so that they can survive. Luna realizes that there is nothing such as Pseudo-Suicide Petrification Plan. She decided that she should go back, but Chelsea stops her.

Luna thinks that the crew will die for real this time if the petrification devices failed. When the two look at the base, they saw flashes of lighting and realizes that the battle is about to begin. At the base, Taiju is surprised looking at the arrival of Stanley’s gang. He is wondering they arrive so quickly. He decided to hold the enemies back to buy more time for Senku and others. Stanley’s gang started to fire some explosives at Senku’s base.

Taiju said that he could hold the enemies back until the science team finishes that diamond. Saseki and Chrome started to work quickly, realizing that the enemies have arrived. Stan told his gang to shoot the wall since the hostage is hidden there. He also told them to shoot everyone and leave Xeno. Taiju got sniped in front of Gen, who tried to wake him up. Gen told Taiju not to prank a prankster. Ryusui also got shot and Senku save Kaseki. Xeno comments that one of them will survive.