After leaving on cliffhanger, we are expecting The Resident Season 5 Episode 11 to reveal Dr. Bell's results and also dive into the mystery of the new Doctor at the facility. 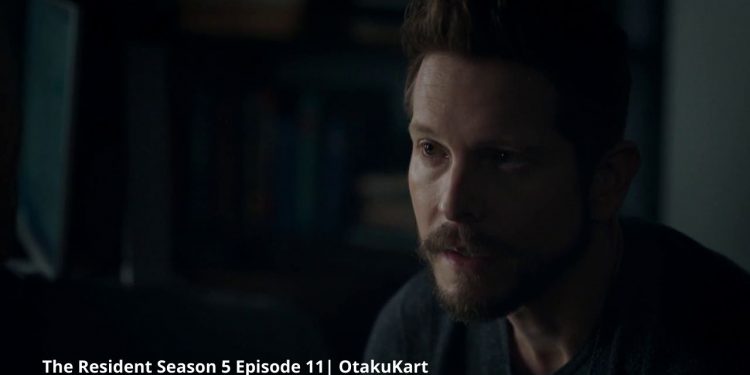 The Resident Season 5 Episode 11 may see some new changes in the hospital. Dr. Pravesh will be in completely new shoes working on clinical trials. For the past few episodes, he has been trying to find a replacement for himself. Only to fail every time, even with the new candidates coming to interview. Conrad believes the opportunity knocked on this door in the form of a new friend he met recently on Kit’s experimental Flight Go team program and she is fit to fill in Pravesh’s shoes.

Apart from all of this, Pravesh’s absence might also affect some other doctors. For example, Trevor was recently working under Pravesh’s guidance. He had some of his own mishaps until some of the doctors came to give him a lesson. Recently he picked up his confidence and figured out what his patient is suffering from when the doctors initially dubbed it mysterious. Lastly, Dr. Bell believes he is suffering from something as well as he hardly can stand. Thus, he asked Conrad to treat him. Here is what went down.

Previously on The Resident Season 5, Conrad was responding to Kit’s first experimental Flight Go team program. There was a bus accident with two women trapped inside. Conrad was working with a new team with one of them taking the lead surprisingly. The same girl later saved his life from the bus that was almost about to blow up. She certainly won Conrad’s heart after a great performance taking care of the patients. Meanwhile, Dr. Trevor and Dr. Pravesh were treating a patient with a mysterious fever. They need to figure out what it is. The patient’s only hope was his dog who gave him a push.

Dr. Trevor and Dr. Pravesh began crossing all the possible infections of their patient. Meanwhile, patients were sent through the helicopter from the bus accident. Conrad and the new girl were traveling through the ambulance and were picking up a woman who was about to deliver a baby in a running ambulance. Amidst all of this, Dr. Bell knew something was wrong with him and approached Conrad for treatment. As he waited for results, his condition was slowly becoming worse.

Trevor later messes up injecting his patient. With Conrad returning to the hospital after successfully delivering the baby, Pravesh invited him for all the help. The new girl also pitched in as she has a strong career. Kit questioned her initially and she went on to reveal her name as Kincaid Sullivan and she comes from Atlanta General. Even they spoke highly of her. So she was joining to help. Trevor saw letting himself down until he figured out the whole thing looking at one of his patient’s maps.

So coming to conclusion, Trevor believes it’s Babesiosis his patient is suffering from which is very rare but worth a shot. Turns out it’s true and the doctors began their treatment. The episode came to a close with Conrad offering Kincaid the position Pravesh will be leaving vacant once he shifts his focus to clinical trials. She might accept but Kit has doubts about her like she is hiding something. Those doubts become more obvious when Pravesh and Conrad search for her history and don’t find a single trace of her on the internet. We also saw that Bell’s results are here but before Conrad could say anything, the credits roll.

The Resident Season 5 Episode 11 is releasing on 1 February 2022. The episode remains untitled but from what we see, the hospital may have a replacement for Pravesh after all. We may see Pravesh focusing on clinical trials now. The question is the mystery of this new replacement Kincaid. With the absolute best training she has with no past records of her, who is she exactly remains a secret. Has Chastain Park Memorial Hospital hired someone they shouldn’t have that could risk the hospital? Well, that remains a question for The Resident Season 5 Episode 11.

Don Cheadle’s Net Worth: How Much is the MCU’s James Rhodes Earning in Real Life in 2021?