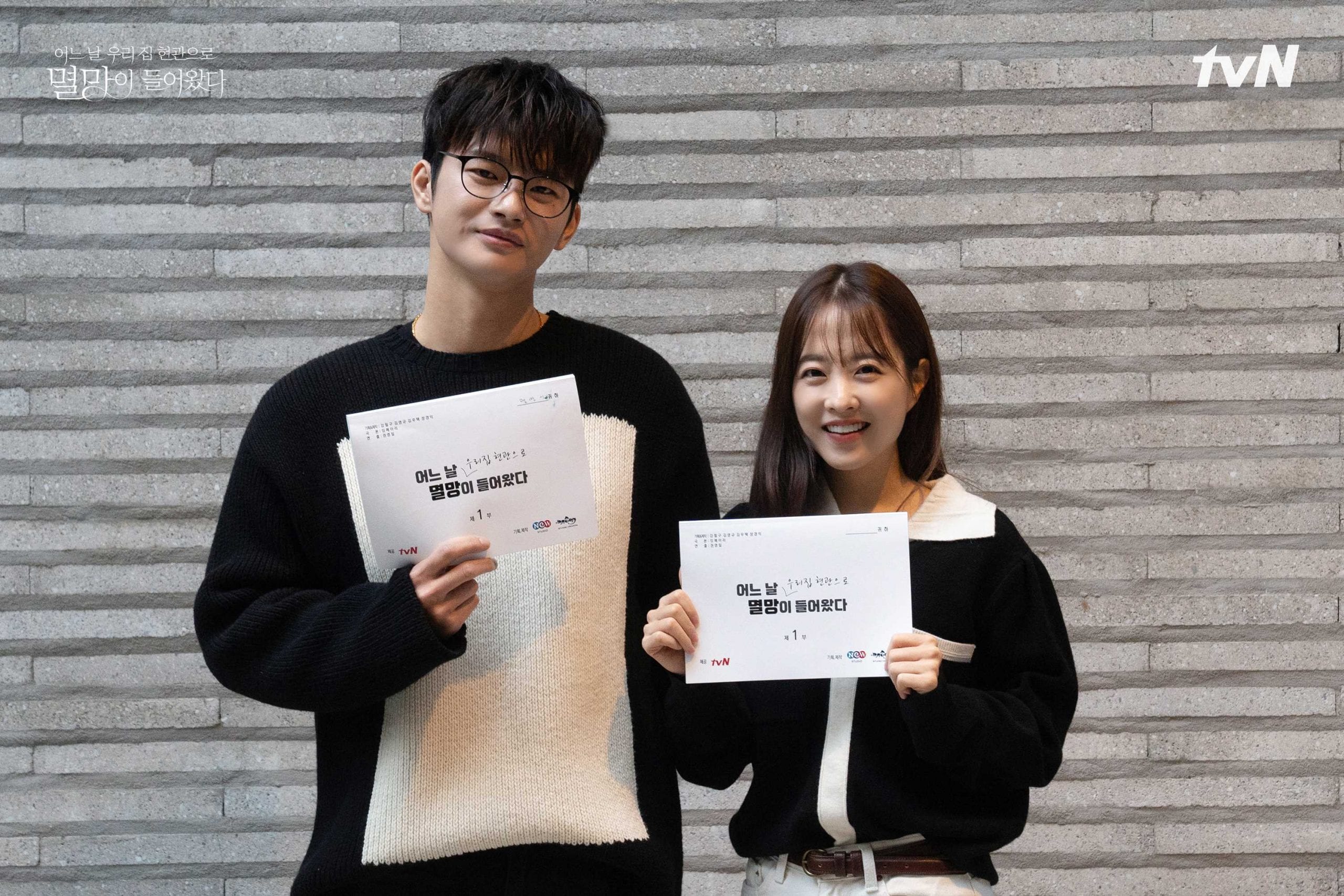 The main lead actors from the drama, Doom at Your Service

Doom at Your Service is a famous ongoing South Korean drama. Doom at Your Service Episode 16 Release Date is already out. The drama has already aired 14 episodes to date and will now release the last two installments of its episodes. Doom at Your Service is also popularly known as One-day Destruction Entered the Front Door of My House. The drama is also much famous amongst the younger generations. And pretty much holds a lot of buzz around it all the time. Any stills or updates from the drama grabs the maximum attention. Also with now the drama nearing its end we are just sad as well as inquisitive enough to know the final ending. 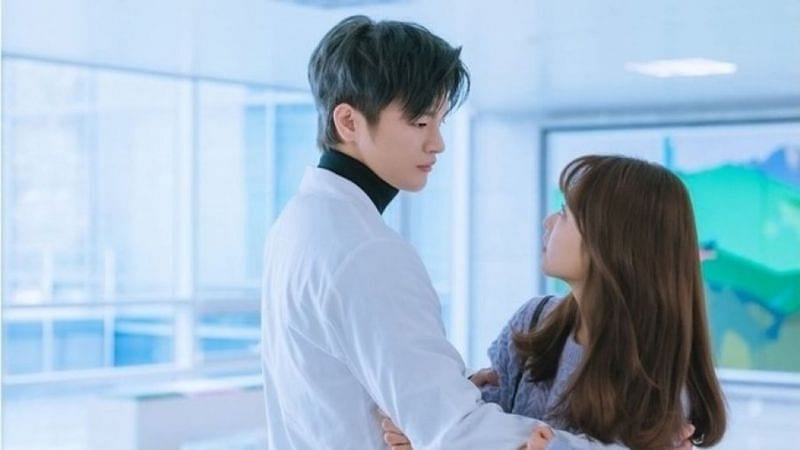 Still from the drama, Doom at Your Service

Mainly the drama has five main characters Tak Dong Kyung, Myeol Mang, Lee Hyun Gyu, Na Ji Na, and Cha Joo Ik. The drama starts off from the point where the decent and pretty easy-going normal life of Tak Dong Kyung comes at a stop when she gets to know of her fatal illness. She has been working as a web novel editor for 6 years and gets diagnosed with glioblastoma. She gets devastated after hearing the news and drinks to her fullest and makes a wish for the world to be doomed.

Her wish was heard by none other than the doom himself. Myeol Mang is the doom and comes into the life of Tak Dong Kyung to make her wish come true. Myeol Mang says that he can fulfill a wish for Tak Dong Kyung. This then ultimately leads to Tak Dong Kyung singing a hundred-day contract with him risking her all. From there on starts the main story, so before going any further let’s look into the release date of the 16th episode.

When will Doom at Your Service Episode 16 Release?

Doom at Your Service Episode 16 will release on 29th June 2021. The drama will air on its original network TVN and airs every Monday and Tuesday. Episode 16 is the finale of the drama after which the drama will go off the air. As of now no updates on season 2 have been shared by the production yet. For now, we all are eagerly waiting to know what happens at the very end. The 15th and the 16th episode of the drama will release simultaneously. The preview of the 15th episode showed us how Tak Dong Kyung leads her life in the absence of Myeol Mang. The drama is util now going extremely interesting. And with the ultimate decision of Myeol Mang giving up on his life for the sake of his love makes it a great love story in all. 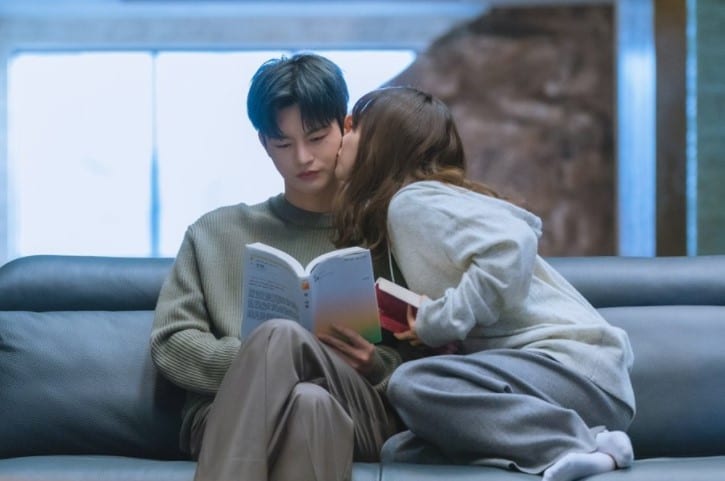 A still from the drama, Doom at Your Service

The 14th episode of the drama ended on a note where both the main lead characters spent a day together. They know their end is coming near with time passing by and tries to live in the moments to their fullest. With the disappearance of Myeol Mang from the world, it leaves Tak Dong Kyung all alone by herself. Will fate give another chance to the two. Will the diety do something to help them. Or what exactly will be the fate of Tak Dong Kyung is something to watch the show for now. The 15th and 16th episodes are hence the final episodes of the drama. Also, there is no doubt on the fact that we will miss the show a lot and dearly wish for a season 2 to happen as well.

Also Read: What To Expect From Doom at Your Service Episode 14?

Where to Watch Doom at Your Service Episode 16

Doom at Your Service Episode 16 airs on its original network TVN. Apart from the original network the drama can also be watched online, on the popular streaming site Viki along with subtitles. With the airing of the 16th episode, the drama will go off the air. The duration of each episode of the drama is approximately 1hr 5min. The drama features Park Bo Young, Seo In Guk, Lee Soo Hyuk, Kang Tae Oh, and Shin Do Hyun in the main lead roles. The direction of the drama has been done under Kwon Young II. With the screenwriting under Im Me Ah Ri. The genres of the drama include supernatural, drama, comedy, romance, and fantasy.