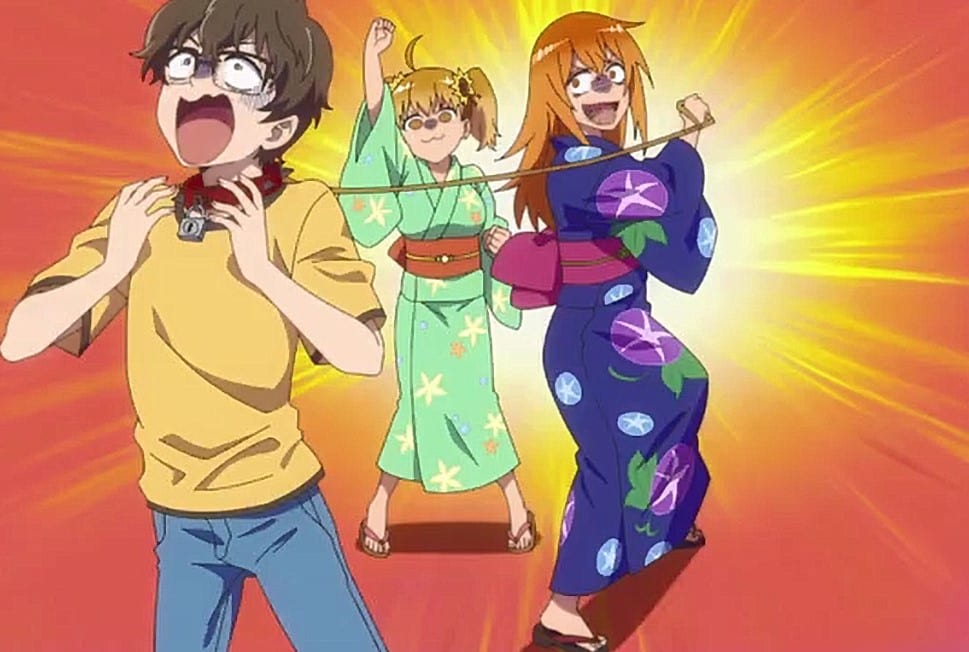 He is worried that Nagatoro has never called or come and toy with him. When he walks through the festival, he hears someone tapping his back and thinks that it is Nagatoro. But when he looks back, he finds that it is those weirdos who call him Paise. The one with the big chest started to tease him, and he realizes that this two are the worst. The one with a mini skirt asks if he is here to meet with Nagatoro. The duo told him that Nagatoro is attending a night swimming club.

Previous on Don’t Toy With Me, Miss Nagatoro Episode 7

The duo told Senpai that since Nagatoro is not around, it is time to toy with Senpai. They continue to call him Paisen, and they chain his neck with a dog chain. The one with a big chest took a picture of them and sent it to Nagatoro. Nagatoro receives that picture and realizes that they are messing up with her Senpai. She dashed at full speed and decided to leave the night swimming club. The duo thinks that Nagatoro won’t show up and Senpai belongs to them.

Ngatotro arrived within a matter of five minutes and told the duo that Senpai belongs to her. The one with a big chest told Nagatoro that she has to fight for Senpai if she wants him back. Senpai thought that this would be a girl’s brawl fight over him, but they talked about a game. Nagatoro accepted a shoot-to-shoot challenge and commented that the winner gets Senpai for the rest of their life. The girls head to the festival and begin playing games fighting for who will win Senpai.

During the game, Nagatoro asks Senpai if he wanted to go out with her or invite her to the summer festival. Senpai hides the truth and comments that he will never do that since he is found in games. Nagatoro manages to beat the duo and told them that she had won Senpai. The duo left after unchaining Senpai, and Nagatoro told Senpai that they could enjoy this summer festival together since they are here. They both enjoy the festival and enjoy feeding each other food. 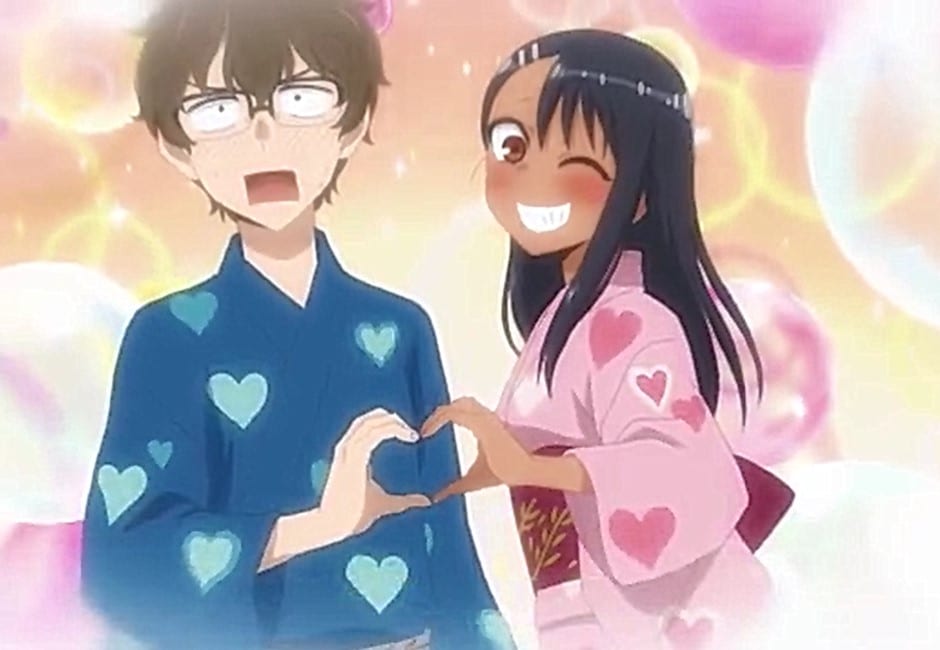 Senpai wanted to comment on something, and Nagatoro stole his line. She comments that it feels like a date, and Senpai replies that he didn’t want to tell her that. Nagatoro replies that she knows that a virgin would never say that, and they both heard fireworks and decided to have a look. The two head there, but the was a long cue where Nagatoro got squeezes, and Senpai pulls Nagatoro out of the crowd in a romantic fashion. Nagatoro also falls for that and felt like it is happening for real since they both felt a moment of love spark.

Senpai holds Nagatoro’s head and shows her a shortcut that leads them to a lovers’ spot. He has forgotten that this is a lover spot, and they begin watching fireworks. Nagatoro started to toy with Senpai, who realizes that if he gets serious, Nagatoro gets shy. Senpai gets serious, and she began to move back. But the plan backfires as she asks him why she brought her and if he is thinking about kissing her. Senpai jumps away, and the fireworks blast and the lovers near them started kissing each other, and the two runs away after realizing that this is a lovers spot.

It was a lovely day for the two, and Senpai asks her for a date on the next summer vacation, and she agrees. The next day Senpai saw Nagatoro and her friends relaxing, but the playboys arrive, trying to hit on the girls. Senpai gets furious and confronts them; he wanted to ask Nagatoro for a date. Nagatoro notices that, and she told him that they could go home together. The other girls also decided to follow Senpai. The playboys wonder where did Senpai get the love potion that makes every girl follow him.