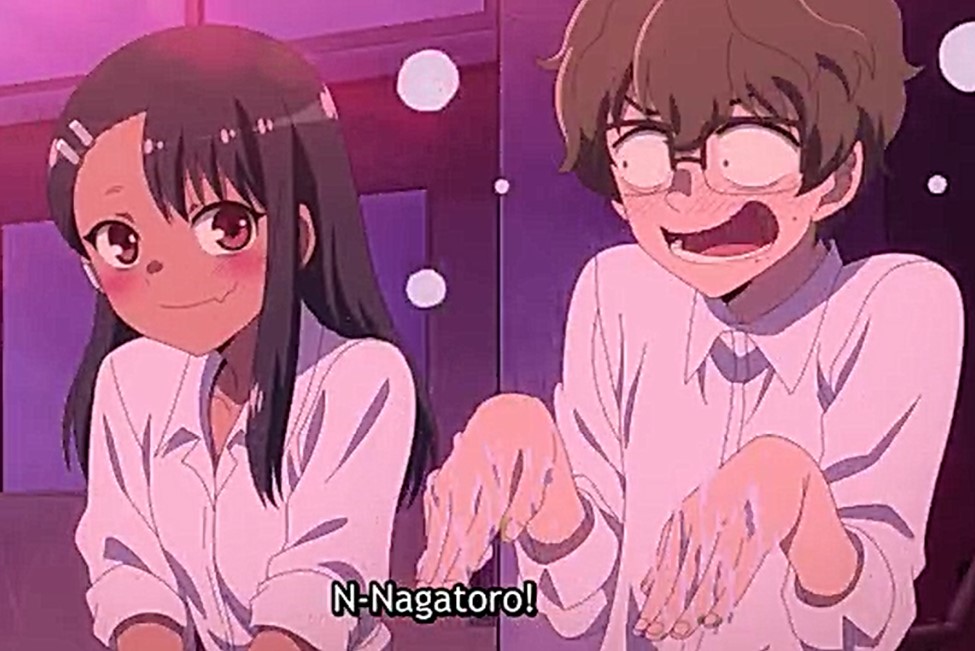 Let’s look at new updates Don’t Toy With Me, Miss Nagatoro, where Nagataro continues to tease and bully her Senpai Nao. Senpai realizes that it has been a while since he did an oil painting. But it worries him that whenever he finishes, his hand gets dirty. He thought that he is in peace for a moment, but Nagataro arrives and gets too close to him. Senpai jumps away, shouting Nagataro’s name since she just appeared like a ghost. She told him that she spiled a juice and her hers are sticky.

She started to tease him and hit him with her hips and comments that the way there are washing their hands makes it seems like they were taking a bath together before making love. Senpai’s mind was blown away, and he told her to stop talking about that since he never did such a thing with anyone. Nagatoro laughed at him and said Senpai’s face has turned red. She touched him, and he started trembling while apologizes that his hands went under Nagataro’s hands. She told him why don’t try bathing together, and he runs away.

Previously on Don’t Toy With Me, Miss Nagatoro Episode 4

Senpai realizes that he can’t take it anymore since she toys with her feelings. He runs away, telling her that he will wash his hand in the boy’s bathroom. The next day at school, inside the art room, Senpai sits down and enjoys his lunch. He is glad that Nagatoro is not around. He comments that the club room is the place to eat. But he heard the door opening. Senpai comments that she is, and his peace will fade soon. But he was surprised to see the other two hotties treating him. He realizes that they are Nagataro’s friends.

They ask him if Nagatoro is not her, and the one with a big chest walks towards Senpai. Senpai got scared, realizing that she might use her chest to rub his face. The girls ask him if this is their love nest. Senpai told the two hotties that this s his club room; they can’t just walk in. The other one wearing a mini skirt notices Senpai’s lunch container. She comments that this is the loner’s lunch that she has heard so much about. The other with the big chest comments that Senpai is such a poor loner.

Senpai told them to mind their business. The two hotties stayed and decided to watch Senpai as he eats. Senpai realizes that it is better to be with Nagataro than this two. It looks like they have been practicing every line in the book to trouble him. Senpai decides to finish his lunch slowly, thinking that they will get annoyed and leave. He wonders why the two are here since Nagataro is not even here. 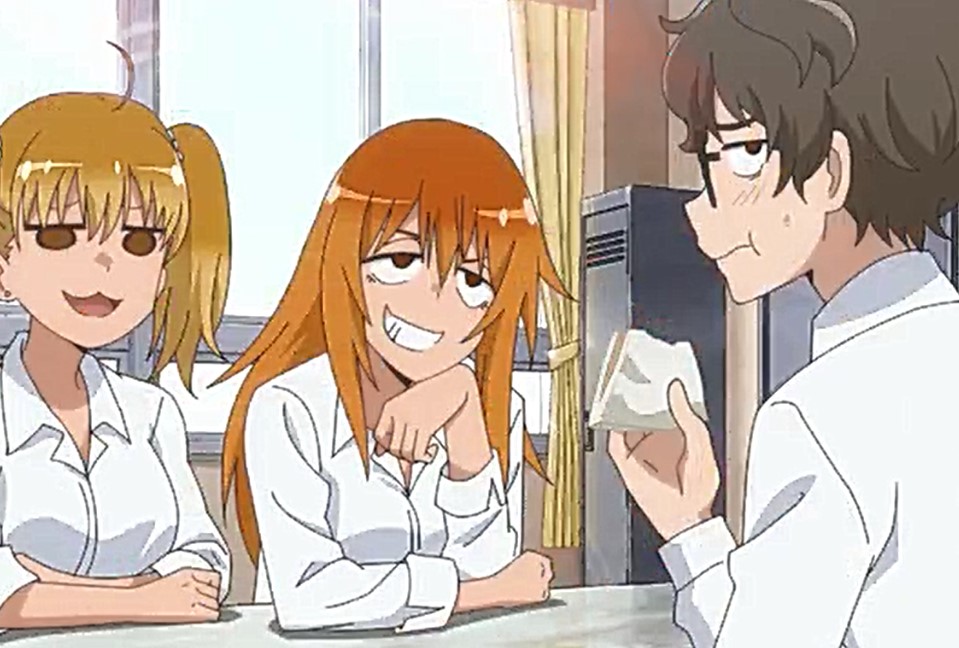 Senpai wishes they leave, and the two started to whisper. Senpai wonders what they are talking about and realizes that they are up to something. The two remind each other that they have to do that thing. Since they can’t pronounce Senpai correctly, they call him Paisen. The one with the big chest asks if he wants to squeeze his chest or if he has never done that. Senpai got choked by the juice that he was drinking and realizes this will turn bad for him. He started choking and puke his juice.

The one wearing mini skirt comments that Senpai has a good reaction. Senpai asks the two why they are asking him those questions. The girls reply that they heard that Senpai is a closet perv. Senpai comments that he is not pervy, and they ask her why he is still a virgin. They ask him to play with their chest.  They started to shake their melons, and Senpai manages to escape. But the one wearing a mini skirt manages to pull him back and put him on top of the table.

The other, with a big chest, close the door and shake them while heading towards Senpai. They force Seinpai to touch their chest, and he regrets that he touched them. They took out something covering their chest, and he is glad that he didn’t touch the real ones. Later, he met with Nagatoro, and she forces him to draw her. While drawing her, she keeps on pulling her skirt up, and Senapi realizes that she will never stop toying with him.