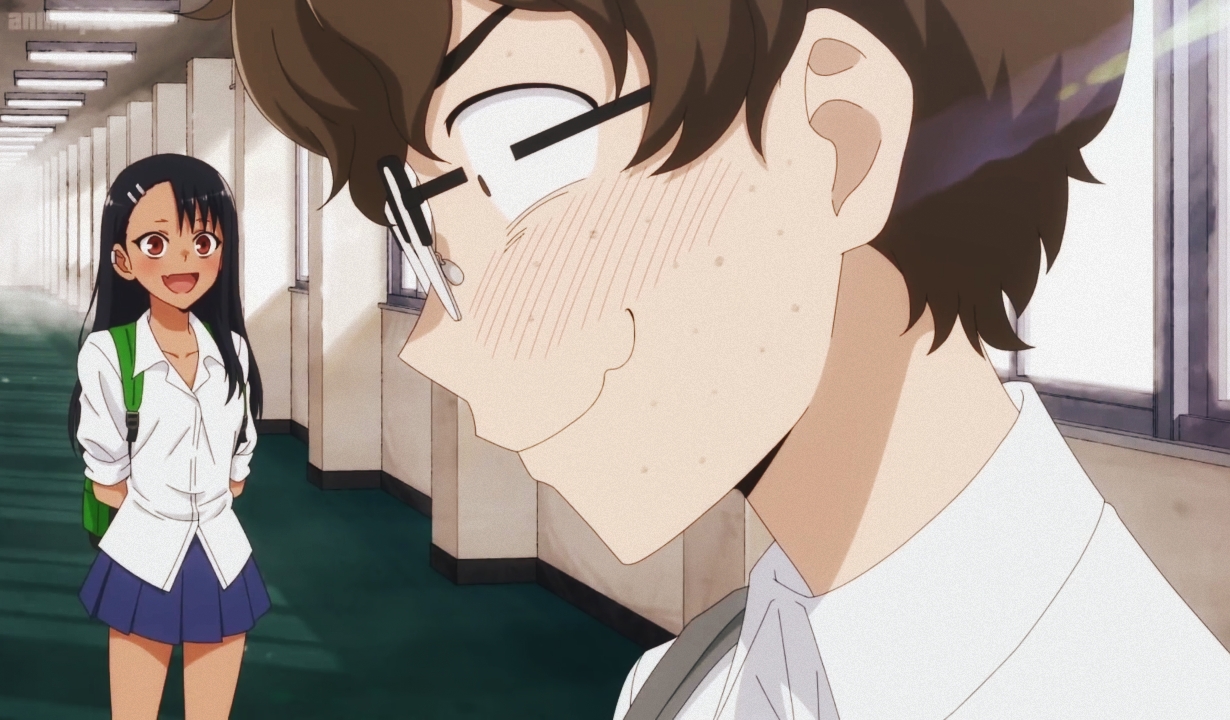 dont toy with me miss Nagataro

This time in spring, studio Telecom Animation Films brought one controversial manga to action. This is no series about action or gore. Don’t Toy With Me Miss Nagataro is a slice-of-life anime that deals with a playful relationship between Nagataro and her Senpai. The anime was announced in July 2020. Eight months following the announcement, the series finally premiered the first episode on April 11, 2021.

Don’t Toy With Me, Miss Nagataro is originally broadcasted on Tokyo MX, BS11, MBS, and AT-X. For international viewers, the series can be viewed on Crunchyroll and Medialink. The anime is set to air every Sunday at 01:00 hours JST. It will air a total of 12 episodes.

Episode 1 of Don’t Toy With Me, Miss Nagataro was a rollercoaster of mixed emotions towards the characters and their actions. Here is a quick summary of the first episode.

Spoiler Alert: The following contains spoilers from Don’t Toy With Me, Miss Nagataro Episode 1. Refrain from reading ahead if you have not watched the episode and don’t want it ruined.

The anime begins with four girls talking loudly in a library. They gossip about random things until a boy named Naoto Hachiouji enters the library. Nervously, he walks to a seat in the corner to do his homework. He starts despising the girls as he overhears their conversation. Their constant loud laughs interfere with his concentration. Suddenly, their laughs stop. When he looks up at them, he realizes that they were all looking at him. Embarrassed, he quickly looks away and focuses on his work, trying hard to ignore them.

One girl among them walks towards the shelf on his side to grab a book. Naoto panics and accidentally drops his bag while trying to save his eraser. He quickly apologizes, but the girl bends to pick up his things. She gets hold of a few pages that flew out of his bags. These were pages of a manga he was drawing. She calls her friends and bullies him over his work. All except one leave the library. Nagataro, the girl that stayed back, sits in front of Naoto. She introduces herself as the first year. On knowing that he is a second-year, she calls him Senpai teasingly.

Nagataro takes his illustrations and makes fun of his work after her friends leave. She reads the panels and laughs at the image he has created of himself in his manga. To prove that Naoto is nothing like the hero he is trying to create in his book, she tells him to enact a scene with her from the manga. In the scene, the typical female princess claims to have forgotten her womanhood while only focussing on combat. The hero comes to her aid and tells her that she is beautiful. 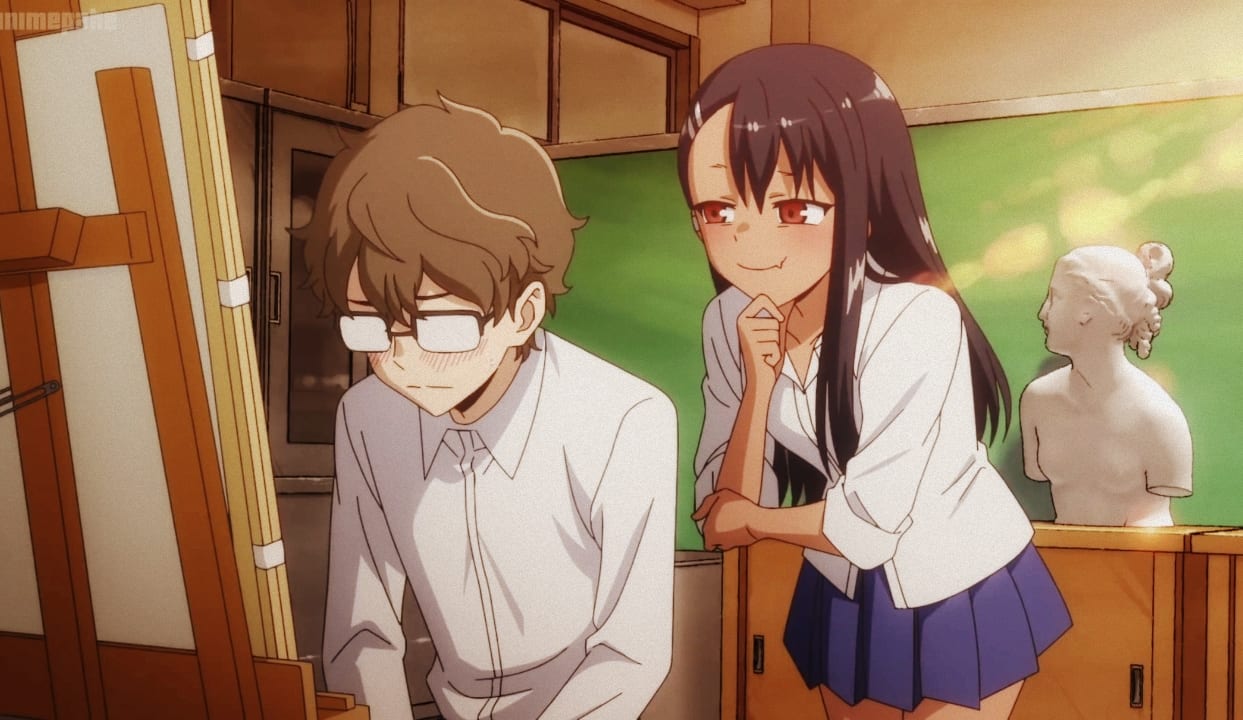 Nagataro calmly acts the part of the Princess. When it is Naoto’s turn, he panics and bails. Grabbing the chance, Nagataro corners him and teases him to the point that he cries as she feels happy seeing his response. She wipes his tears with her handkerchief and tells him to keep it. That night, Naoto has trouble sleeping as he thinks of his traumatizing experience.

The next day, Nagataro meets Naoto in front of the art room. She follows him inside and looks around. Still nervous, Naoto tells her to leave if she desires. She asks him if it’s just him in the club. Taking his silence as a yes, Nagataro decides to take advantage of the situation. She models for him but teases him first by telling him that she can be his nude model. Flustered, he tells her that he will draw her normally. Nagataro promises to reward her if he draws her well.

When he finishes drawing her, Nagataro tells him that she’ll reward him now. She comes very close to his face. Misunderstanding the situation, Naoto thinks she is about to kiss him. But she only flicks his forehead and then teases him till he cries. But this time, she consoles him not to cry.

‘Senpai, do you not get angry?’

Naoto and Nagataro have the same route back to home. On their way, Nagataro makes use of various tactics to tease him. She tells him that she likes him. When he acts shocked, she bursts out laughing and tells him that she was just kidding. At one point, she pushes him so far that he falls in a puddle of water.

Seeing how Naoto does not get angry, she asks him why it does not make him angry. In a flashback, Naoto is seen often bullied. Ever since, he takes the path of ignoring his bullies till they leave him alone. He replies to Nagataro that even if she ticks him off, he still feels nice that she talks to him. He gathers the courage to ask her name, which she seductively spells out on his chest.

In a 23 minutes episode, the lead has already cried twice. Don’t Toy With Me, Miss Nagataro gave me various levels of anxiety. Nagataro might become someone adorable towards the later part of the anime, but it is difficult to like her if she remains the same throughout the anime. She is extremely pushy and sadistic. It would have been truly adorable had she kept the teasing limited to an extent. But, she goes on humiliating Naoto about his work and going to the extent of saying, ‘Do you think anyone will like you?’. Throughout the first episode, we are never told Naoto’s name. He is continuously referred to as Senpai until we, as viewers, too shudder to wonder what more traumatizing methods of bullying Nagataro will pull off. 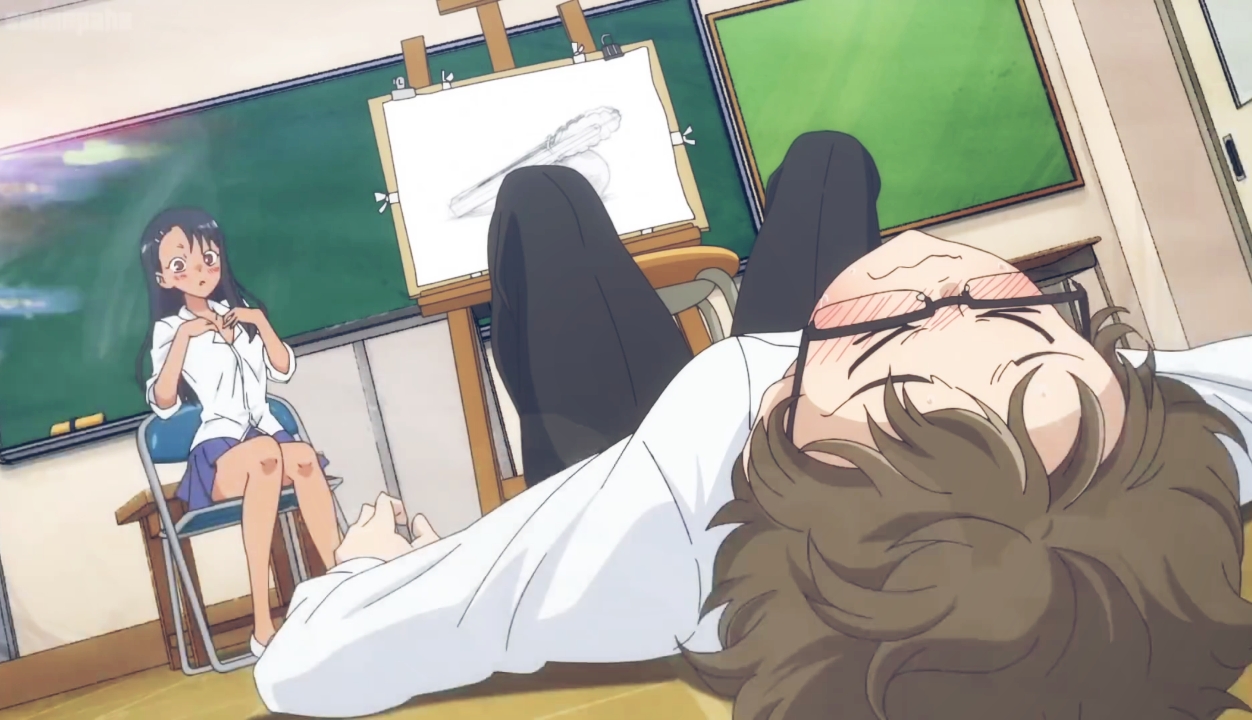 Nagataro and Naoto: Don’t Toy With Me Miss Nagataro Episode 1.

Nagataro and Naoto share a mutual relationship of a sadist and a masochist. While Nagataro finds pleasure in seeing Naoto cry, the latter rather like Nagataro’s sadist approach. The first episode stands firm telling the story of an entire series. Things could go ahead in a predictable path. So, if I do come back for another episode, it would be out of my curiosity to discover how much mental torture a person can endure just because a cute girl stands on the other end?