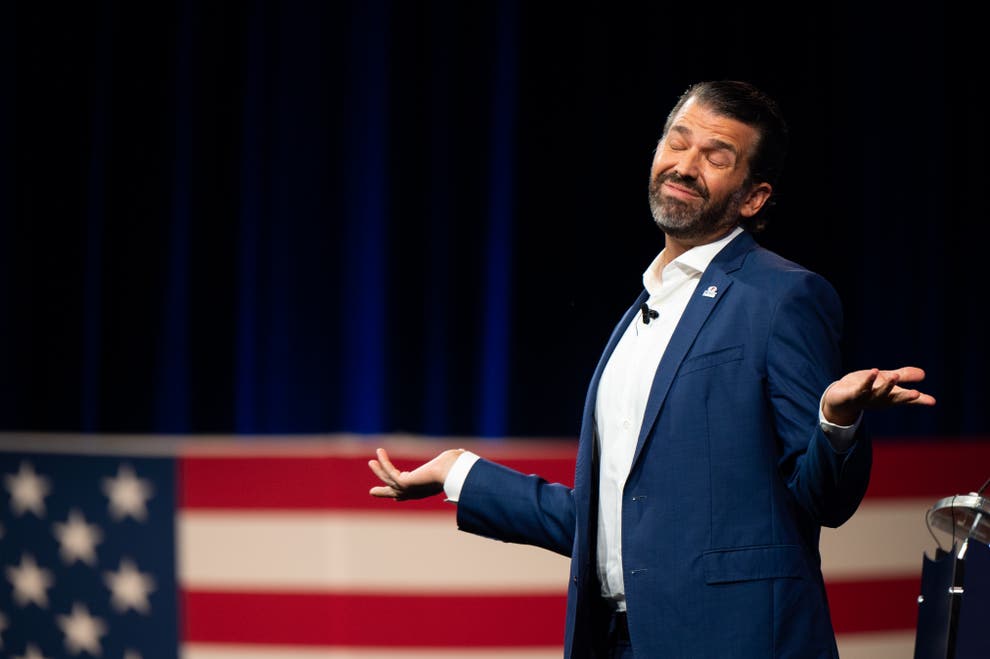 We are no strangers to the name Donald Trump. But no this article is not about him. It’s about his son Donald Trump Jr.’s girlfriend. Who is Donald Trump’s son? That seems like a correct question to start with. Donald Trump Jr. as we all know is an American political activist and a businessman. He serves as a trustee and executive vice president of The Trump Organization. Trump Jr. is also known for making it to the headlines for his statements and comments on Twitter. He seems to be more in the news for other things than for the things he should be. Trump for his oddly compelling comments and tweets on Twitter has been many times slammed by the public.

According to the reports, his most popular and highest performing post of the year 2019 on Instagram was just a piece of misinformation. You must have also heard the news of Instagram limiting our posts to just 7% of our followers. His post was about the same rumor. Trump and his father were arrested in Jan this year in relation to the 2021 Capitol attack. His father’s Twitter account also got banned after this. In one of his, yet another controversial statement Trump Jr. accused the current U.S President Joe Biden to be a pedophile. That just came out as the consequence of his father losing in the elections. Keeping all the politics aside let’s now explore his dating life. So hop onto the bandwagon and find out who is Donald Trump Jr.’s girlfriend?

Who is Donald Trump Jr.’s Girlfriend?

Donald Trump junior is currently dating Kimberly Guilfoyle. Kimberly is a Television news personality. They both have been dating since 2018. Trump was previously married to model Vanessa Kay Trump. She later 2018 filed for a contested divorce and confirmed that Trump was dating Kimberley. Trump and Vanessa have 5 children together. Kimberly on the other hand has had a much peculiar dating life. She had been married previously to two men Gavin Newsom and Eric Villency. Both her marriages were unsuccessful and both the divorces were finalized in 2006 and 2009 respectively. She jointly owns a house with Donald Trump Jr. at Florida which the couple purchased in March this year. Earlier they had a house in The Hampton but sold it afterward. 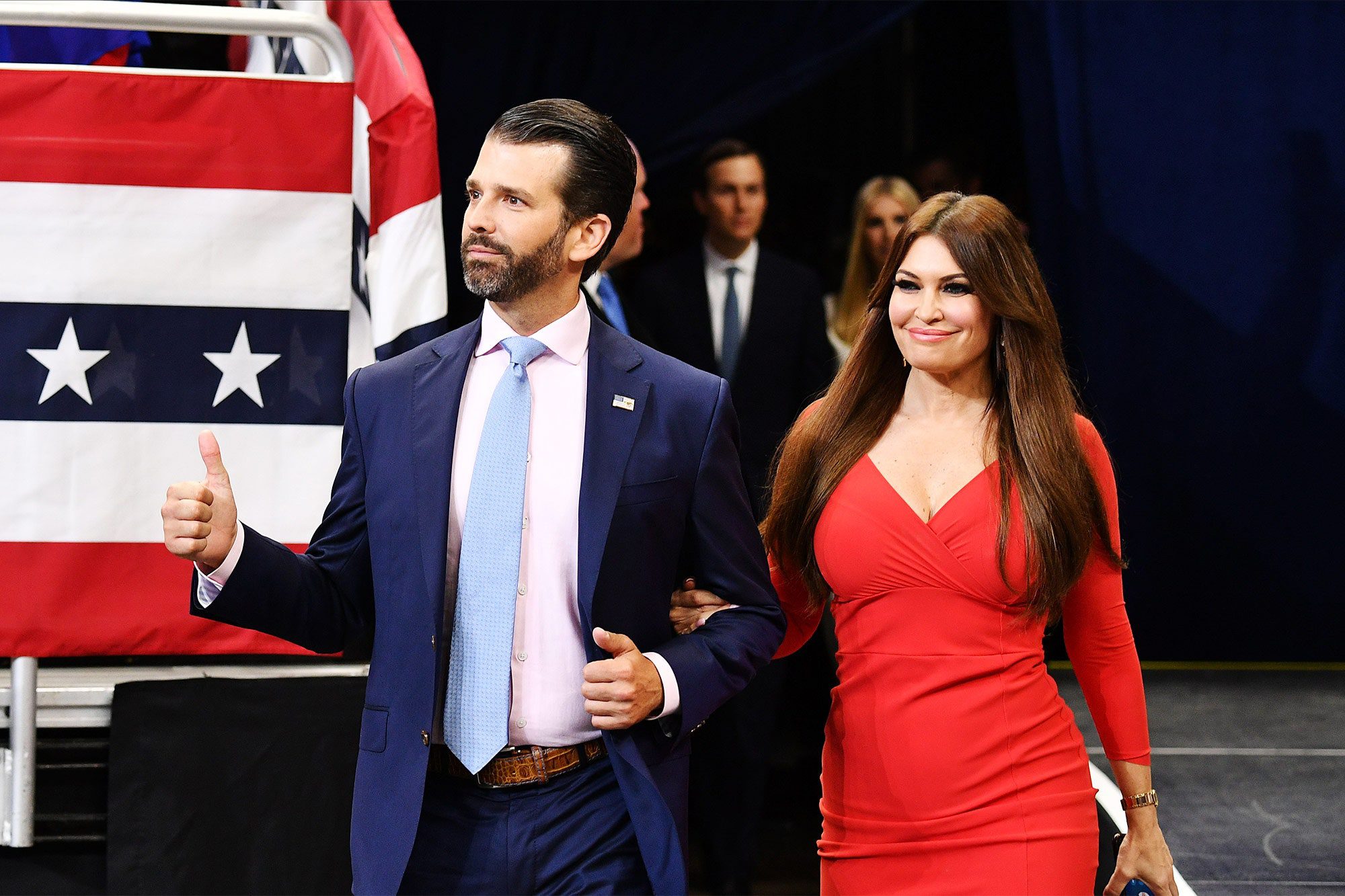 She was a famous face on Fox News, but she all of a sudden left and started working as the advisor to the former U.S President Donald Trump. It was later evident why she must have left. After that, she was accused of sexual harassment by an assistant. Apart from this Kimberly happens to have appeared in the movie Happily Even After(2004). She has also written a book Making the Case: How to Be Your Own Best Advocate, which is a semi-autobiography and advice book. Kimberly currently is working on the campaign of Missouri Senate candidate Eric Greitens. Kimberly is also likely to replace Meghan McCain on “The View” of ABC. She is one of the 4 contenders for the job. But as it seems that might not be the case after her sexual harassment allegations. Let’s wait till ABC decides who to hire for the job.

What was the matter with his Mongolia trip? 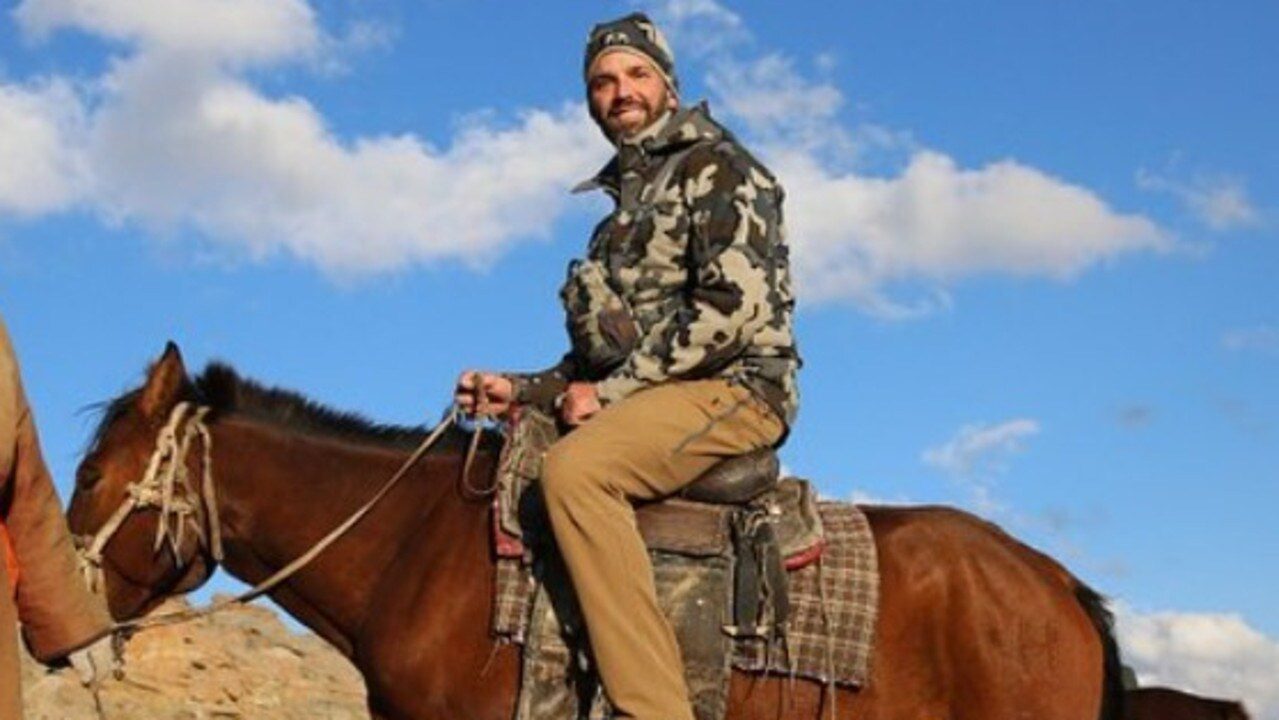 Trump Donald junior is an enthusiastic game hunter as well. As his game hunting hobbies are concerned, in 2019 he went on a trip to Mongolia. He intended on hunting the Argali sheep that is said to be on the verge of extinction. The expenses of the trip were said to be paid by the Trump family itself but lately the news is doing rounds that his trip cost the Americans 75,000 dollars. It is said that though the trip was privately paid the security and secret service works with the money public pays as the tax. Yet another controversy in the U.S of which the Trump family is a part. Other than being a part of controversies and news headlines, Trump used to regularly make campaign appearances that included many Tv appearances as well. That was of course during his Father’s tenure.

Also Read: Who Is Vanessa Trump Dating, Why Was She Accused of Adultery?