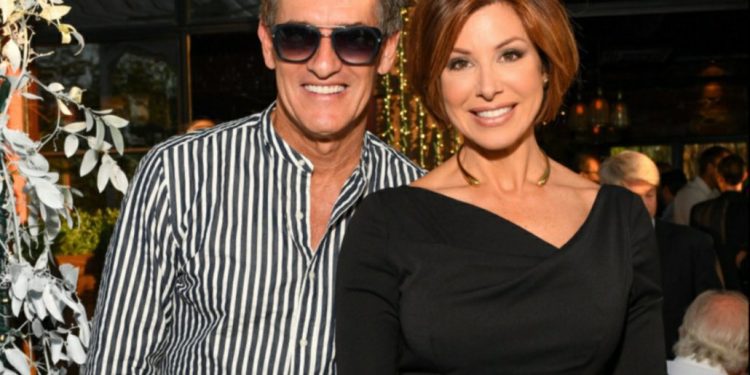 What do we know about Dominique Sachse’s Divorce? Recently, there has been several news surfacing on the web regarding her divorce from her husband, Nick Florescu. Starting from the basics, Dominique Sachse is an Emmy-award winning American Journalist, Youtuber, and social media influencer. She has gained fame mainly as a news anchor at KPRC-TV, taking the interviews of many celebrities. Also, as a Youtuber, Dominique has gained a massive fan base. Most of her videos are on makeup, beauty, and tour vlogging.

They dated quite for a long time and ended up in marriage in 2012. When it comes to her spouse,  he is a rich businessman and runs his companies in the USA. We will discuss him in the later sections of this article. Well, Dominique Sachse hasn’t divorced her husband. Moreover, they are growing as a power couple as days are passing by. The sudden news of Dominique Sachse’s Divorce has left her fans in shock. What’s the truth behind such a rumor? For more details about what’s going on, you must dig into this article and stay with us till the end.

Dominique Sachse’s Divorce: Everything We Know About The Rumour

Dominique Sachse’s Divorce calls for the details of her marriage! It was on 22 May 2012 when she tied the knot with her husband, Nick Florescu. They met each other at a cafe where Dominique was out for brunch with her mother. For the second time, they met at the pool party of their mutual friend. Finally, he proposed to her after a year, that too in Europe.

In case you are not much aware of her husband, Nick Florescu is a businessman who is the founder of Centrade USA Inc. It’s a marketing firm. Also, he runs a hospitality firm called The Urbane Society.

Coming to Dominique Sachse’s Divorce news surfacing over social media is completely vague. She is not getting divorced. Moreover, their marriage is blissfully intact. It was at the end of November 2021 when an ex-anchor of KPRC2 took it to the Instagram platform to answer the questions of the fans related to Dominique’s relationship with Nick. Also, it was on 4 July when Dominique had posted a picture with her husband, Nick, on her social media account for the last time to date. That’s the major reason for her fans to assume their marriage to come to an end. Well, that’s not true. To stop these rumors from getting circulated over the internet, Dominique Sachse also hinted with a post that she and her husband have both decided to sell their car to a family who has lost the same. In short, Dominique Sachse is happily married to Nick Florescu, and everything is alright between them. At present, they live together in Houston, Texas.

Besides Dominique Sachse’s Divorce rumors, people are also interested in her career and personal details like age, weight, and education. Without any further delay, let’s have a look!

How Old Is She? Weight & Height

The award-winning Journalist Dominique Sachse was born on 11 June 1968 in London, United Kingdom. That makes her 53 years old in January 2022. Later, she moved to the United States. When it comes to her height and weight, she is 5’8 feet tall and weighs 58 Kg.

As far as her family details are concerned, she was born to her mother, Audrey Toll. Whereas the name of her father is Peter Sachse. She is very close to her parents.

Talking about education, Dominique Sachse attended Memorial High School. Thereafter, she attended Richmond College. Then, she joined the University Of Houston, from where she passed with a degree of bachelor in mass communication.

Little did you know, Dominique Sachse is also an author. She is set to launch her first book, which goes by the title- Life Makeover: Embrace The Bold, Beautiful, and Blessed You, in April 2022. Also, for his great journalism skills, she has received Emmy Awards twice. Dominique Sachse is also a great Youtuber, and her content is mainly based on tour vlogs, beauty. If you haven’t checked out any of her videos, check the video linked below. Her Youtube channel has more than 1.6 million subscribers.

We wish her good luck for the rest of her life. It feels good to know that the rumors are not true.

Also read: Who is Noella Bergener’s Partner? The RHOC Star Makes Shocking Revelation About Her Divorce!