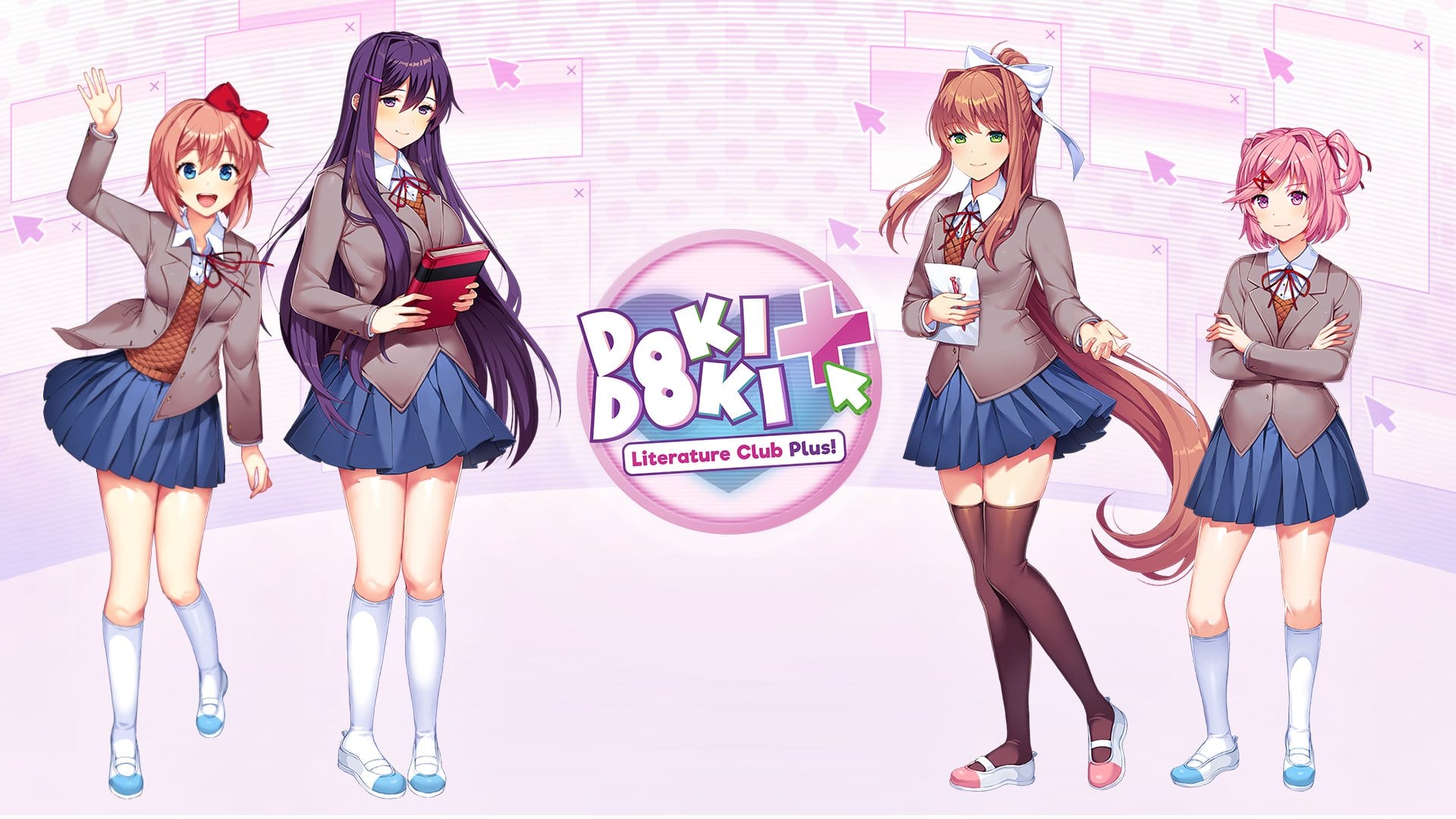 Doki Doki Literature Club became insanely famous back in 2017 after its release and now it has been revamped with all-new features. The game is developed by Team Salvato and published by the same, along with Serenity Forge. For those unknown, Doki Doki Literature Club is a visual novel of the horror genre. It has features four main characters, namely Sayori (the player’s cheerful and energetic childhood friend), Natsuki (a cute but tough girl), Yuri (a bookworm with an enigmatic mind), and Monika (the President of the Literature Club).  Players can unlock different endings from the choices they make. The Doki Doki Literature Club Plus release date just passed and we are here with all details about the revamp. Once again, prepare to create your own story with your crush amidst horror and poetry.

The new version of the game has received many good reviews. It has truly revamped for the better and fans are more than excited to have it. The game is designed by Dan Salvato who also programmed it. Satchely and VelinquenT are the artists of the game. In the new version, the art just got prettier, leaving the players more motivated than ever in creating their poems. dan Salvato also wrote and composed the game. As far as visual novels go, Doki Doki Literature Club Plus exceeds expectations in ways more than just one.

Here is everything you need to know about the Doki Doki Literature Club Plus release date, new features, and where to play details.

The Doki Doki Literature Club Plus was hyped for a long time. The game came out on the 30th of June 2021. It is available on Nintendo Switch, PlayStation 5, PlayStation 4, Xbox Series X and S, Xbox One and PC via Steam and Epic Games Store. The price of the game is 14.99 USD on all current-gen consoles and PC. For a 10% discount, players can also purchase the game from eShop and Steam at 13’49 USD.

The physical edition of the game will be made available on 31 August 2021 in North America. This physical edition will include a Poem notebook inner coversheet (for Nintendo Switch exclusives),  4 sets of 2″ character standees, full soundtrack download code (printed on Floppy Shaped Card), vinyl sticker sheet containing 17 stickers, Doki Doki Literature Club membership card, and an exclusive poem written by Monika. Its release date for other locations is yet to be announced. However, this should not bother those who enjoy the game on digital media.

Hey #DDLCPlus fans! We know some of you have been asking about the NA physical edition release date and seeing a number of retailers shift their timelines.

After working with our retail and manufacturing partners, we can confirm a NA physical release date of August 31st, 2021!

An official launch trailer was uploaded after the game’s release. In the previous promotional video, Doki Doki Literature Club Plus was described as a game that will ‘unnerve’ its players. Its previous version managed to scare a considerable number of people, leading us to expect nothing less from its upgrade. The trailer, much like its official website and the game itself, looks cute. Psychological horror games are always intriguing and we look forward to enjoying Doki Doki Literature Club Plus to the fullest.

The upgrade of the horror game came with several new interesting updates. Doki Doki Literature Club Plus comes with an alarming horror story for a great start.

The games revamped upgraded its art. The girls look prettier now that we see them in HD (1080 p).

The game also comes with all-new side stories. Now players will get access to hours of new content in tales of friendship and literature. In addition, they can also learn more about the literature club’s origin. For fans who are always on the lookout for more content, this is heaven.

The revamped version of the games has also increased its music stack. A total of 26-in game songs are now available. The game also provides a new music player where all these songs are playable. Players can make their own playlists or enjoy their music without restrictions.

If music and new side stories were not enough, the game is offering a wide number of unlockable images. This includes wallpapers, game art, completely new concept sketches, and many more from the Literature Club. 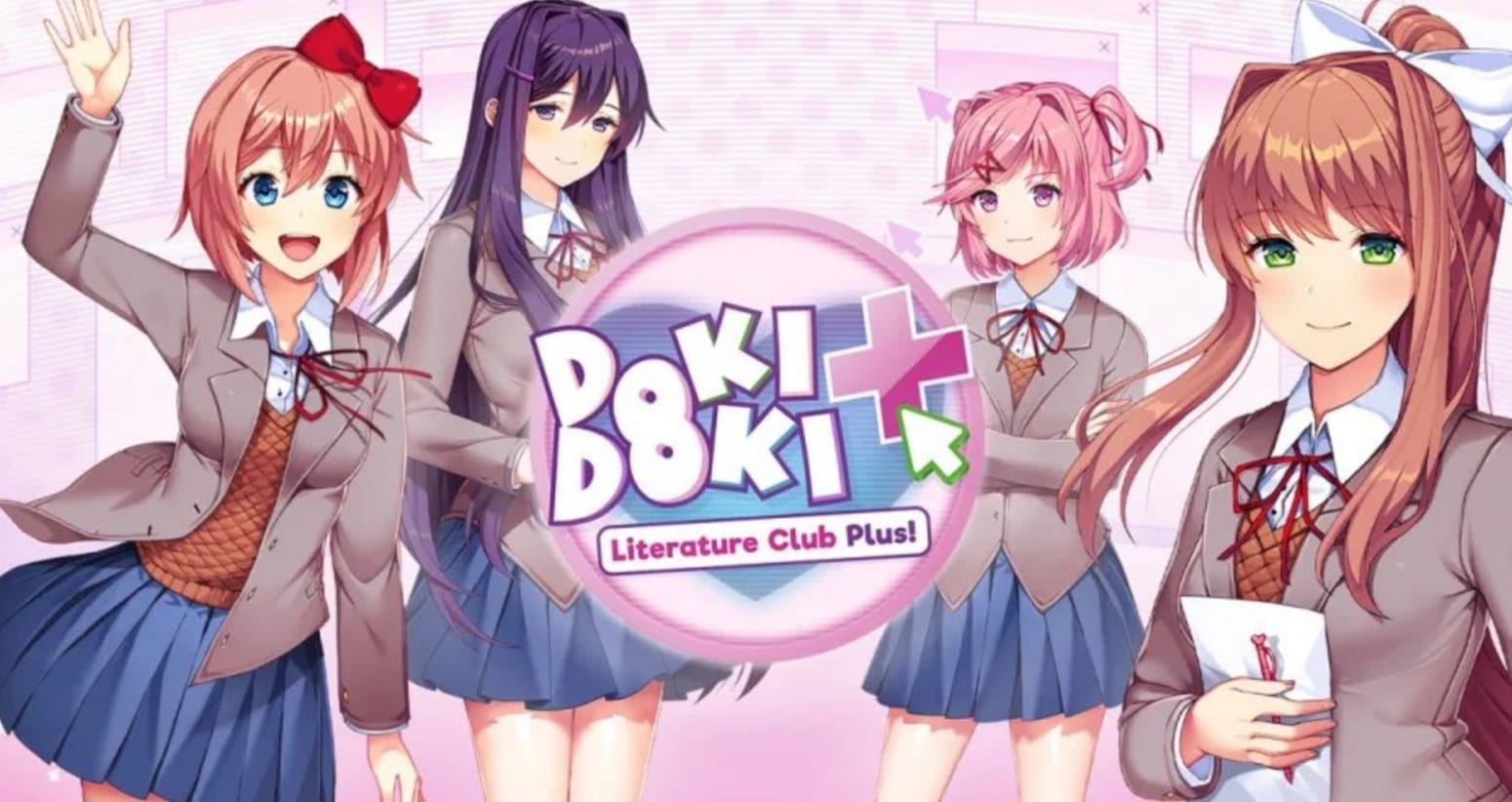