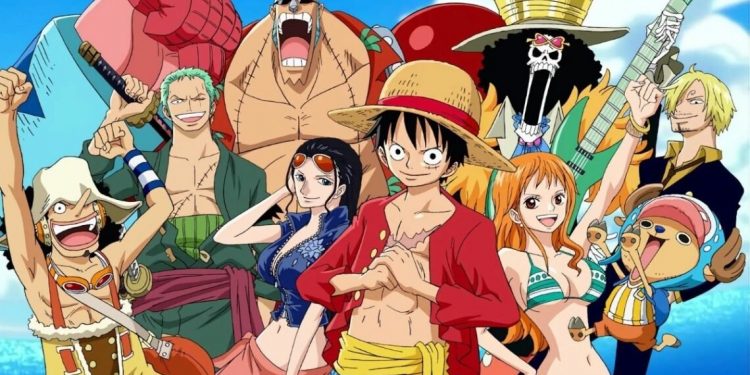 Zoro Along With His Crew Members

Roronoa Zoa is a man of many talents, being able to wield three swords at once and can use 2 Haki in battle. This plethora of capabilities has always left fans wondering, ‘Does Zoro has Devil Fruit Powers or not?’ Throughout the series, Zoro has gone from being an amateur swordsman to a powerhouse capable of taking down the likes of Pica and wounding Kaido. Apart from that, Zoro has also grown as a person as he learns from his experiences aboard the Straw Hat Pirates’ ship. If you are excited to see Zoro, you can always check out the One Piece manga at VIZ.

Roronoa Zoro is the right-hand man of the Captain of the Straw Hat Pirates, Monkey D. Luffy. He was saved from execution after Luffy sneaks into a small marine base, gives Zoro his swords, and breaks him out of there. From then on, Zoro has joined Luffy in his quest while having his own life goal, that is, to be the best swordsman in the entire world. Some memorable traits about Zoro include his love for alcohol, being bad with directions, and general carelessness, but that is not all. Zoro is one of the most capable and reliable crew members but is known most for his ethics and values as a swordsman as well as a crew member.

Also Read: How Many Swords Does Zoro Have? Each Sword Of Zoro Discussed

In the world of One Piece, it can be said that there are two types of characters – those with Devil Fruit Powers and those who use weapons and tools. Within the Straw Hat Pirates, members like Luffy and Robin rely on their Devil Fruit powers whereas others like Nami and Usopp use their weapons in battle. Zoro, in this regard, lies in the latter category as he uses his three katanas (Santoryu), one in each hand and the third in his mouth. The reason for this peculiar sword style can be seen in his childhood, where he keeps training to win a duel against his rival and childhood friend, Kuina.

Ever since his promise to Kuina, Zoro has always trained himself to become better but never has once relied on the power of the Devil Fruit. Till the release of the current chapter, Zoro has used his strength, his 3 swords, and the 2 forms of Haki (Armament and Observational). The source of all his powers comes just from his strength training, high battling experience, and meditation.

Why Zoro Does Not Have Devil Fruit Powers?

Currently in the manga only, Zoro subconsciously awakens Conqueror’s Haki and was able to wound the King of the Beasts – Kaidou. This shows that Zoro is becoming a force capable of inhuman feats. This is not all, as he awakened the Conqueror’s Haki subconsciously, he is unable to wield it at will, meaning that he has scope to become a better swordsman.

Being the second member of the Straw Hats Pirates, Zoro has been involved in countless fights, thus providing him with the opportunity to achieve great feats. In this regard, Zoro has not disappointed his fans. Throughout the anime, he has defeated many opponents and proved more than his 320 million berry bounty’s worth. Some of these include:

Zoro has displayed his abilities beyond human comprehension without relying upon the powers of a Devil Fruit. He has gotten better and will continue to improve without even remotely thinking of a Devil Fruit.

Also Read: Will Zoro Defeat King In One Piece Chapter 1036?