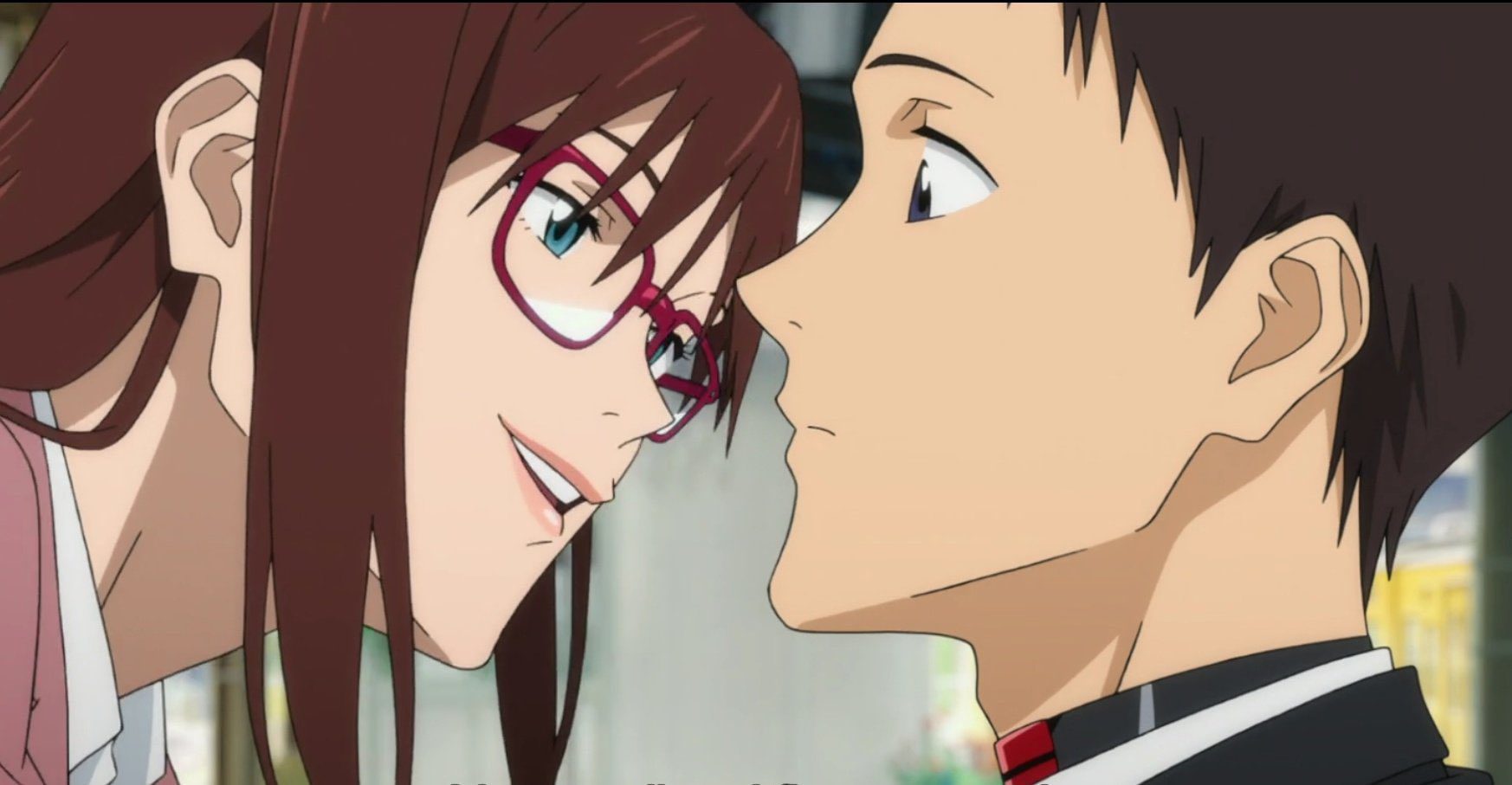 Does Shinji End Up With Mari? The 2021 anime movie Evangelion: 3.0+1.0 Thrice Upon a Time had fans hyped up. The anime film was animated by Studio Khara and written and directed by Hideaki Anna (Neon Genesis Evangelion). Evangelion: 3.0+1.0 Thrice Upon a Time was a big hit, much like its prequels, and earned an eight-pointer rating on IMDb as well as MyAnimeList. The movie came out on 8 March 2021 and earned approximately 92.7 million Yen at the Japanese box office. It was produced by Toho and Toei Animations. The plot of the story was yet another charming encounter. Towards the end, people had many questions in their mind, one being; Does Shinji end up with Mari? A lot of things were difficult to grasp. Shinji had several choices to make, so which choice does he make at last?

Many fans were conflicted about whether it was Asuka who was present at the train station in the film’s ending. In fact, I have seen many viewers wonder what the relationship status of Shinji and Mari was. Were they just being friendly? Given that romance was not the main idea of the story, it is quite understandable why such confusion would arise. Shinji has three possible love interests throughout the film. People seem to ship him equally with Rei, Asuka, and Mari. So who does he end up with? Does Shinji end up with Mari? Well, here are all the answers you are looking for!

Also Read: Guy Fieri Net Worth: How Rich is The Famous Chef?

Does Shinji End Up With Mari?

Rei and Asuka are both from the past. The 14 years of blackness in the story changed everything since Eva’s original TV. At this point, Anno obviously wants to draw a line parallel between reality and the story.

Another important detail is giving Rei Ayanami as a choice to Evangelion. Rei was the pilot who was in charge of the EVA-00, the one thing that seems to protect Tokyo-3 from the atrocities of angels. Rei is also someone who is Keen on showing you the bright side of life and treats everyone with kindness.

When Rei dies, Shinji finds the inspiration to join WILLE so that she can battle NERV to stop the fourth impact. Shinji accompanies Asuka, who was getting on Wunder, the WILLE’s ship. They move to Antarctica, where they battle Shinji’s father and the commander of NERV, Gendo Ikari. The ensuing skirmish is led by Asuka and Mark, while Shinji is kept in isolation since he almost started the third impact fourteen years ago.

Asuka also confesses that she liked him. However, she had moved on 14 years ago, and Shinji, too, fortunately, does the same after the final time he sees her. He also happens to wish her and Kensuke the best.

It is time for Shinji and the audience to move on and decide if Shinji wanted to go after Asuka or Rei. In any case, everything will be back to where it started, which will ruin all efforts. This is why Shinji goes to Mari, a character that is very lovely and strong, and above all, extremely trustworthy with whom you can start a family.

The character of Shinji has straight brown medium-length hair. He has piercing grey-blue eyes. He is also very skinny and often is seen wearing a shirt tucked inside, which shows that he has a neat dressing sense. While being on duty, he is seen in a uniform which constitutes a blue tee, white shirt, and dark pants. Shinji’s greatest fear is being abandoned or being hated by others. He often gives himself a hard time by blaming himself for not being good enough to make his father stay. This insecurity has projected the perception of abandonment in him which keeps him vulnerable.

Mari looks pretty with brunette hair tied into two ponytails and bangs that part at either side. Her dress code is an indigo hairband that boasts a white robotic design. Her real eyes are beautiful, and she accessories those with burgundy rimmed glasses. Mari is 16 years old with extremely long hair and is mostly seen wearing casuals like denim shorts, t-shirts, and short boots. Her enigmatic personality is the most exciting of all. She is a rare pilot who willingly admits that she loves piloting. She also loves the smell of LCL. It is often implied that Mari has joined hands with an unknown third party. When it comes to Shinji, Mari is always sniffing him for the smell of LCL. One of her traits is that she has low inhibitions.

Also Read: Who Does Tenten End Up With In Naruto – Boruto Anime Series?