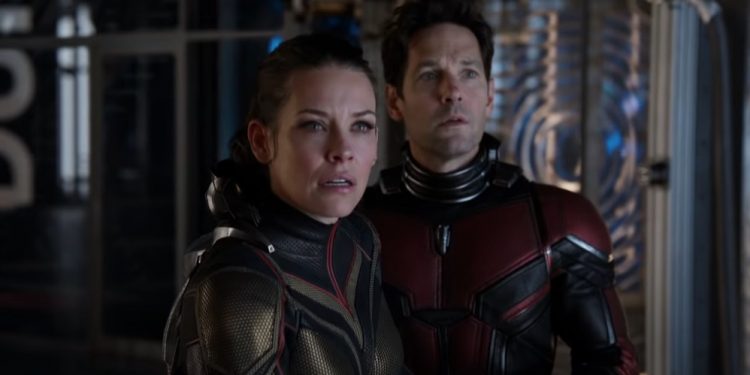 Since Iron Man in 2008 came out, it’s now tradition that every Marvel movie has a ending credits scene that sort of teases the next movie made by the popular studio. In this case, we’re referring to th the Marvel Cinematic Universe movie Ant-Man and The Wasp End Credits scene explained. Firstly, this film, directed by Peyton Reed stars Paul Rudd in the role of Ant-Man, a shrinking and growing superhero with cool abilities. While the first Ant-Man movie seemed like a standalone story. And the second movie pretty much seems the same, here we have to unpack how does Ant-Man fit in the MCU.

As our hero chases the Quantum Realm between two opposed factions, Hank Pym (played by Michael Douglas) gets to the Quantum Realm first, Scott “Ant-Man” Lang and Hope van Dyne must fight off evil businessman Sonny Burch (played by Walton Goggins), Bill Foster and his protegé Ghost. But what do the now-traditional scenes at the end of the movie hide for us? Jump with us here at Otakukart to find out all about it.

Ant-Man and The Wasp Ending

The movie ends with Scott Lang, Hope van Dyne and Hank Pym saving Janet Van Dyne from the Quantum Realm, where she was lost since the 1980s. Firstly, Janet (played by Michelle Pfeiffer) was the original Wasp, and she comes out of the microverse a changed woman. Moreover, she has a mysterious power that helps her keep Ghost together. In the end, Ghost escapes with her mentor Bill Foster (played by Laurence Fishburne). Later, Hank and Janet build a home by the beach and Scott Lang finishes his two years of house arrest and he can take his daughter out again for some ice cream. In the next section, we explain the credits ending scene that connects Ant-Man to the Marvel Cinematic Universe altogether.

In the scene, Janet Van Dyne, Hope Van Dyne, Hank Pym, and Scott Lang are on a rooftop. They’ve managed to shrink the Quantum Realm to a portable size and is in the back of a truck. They have a short banter of dialogue and we learn that they’re there to help Scott enter the Quantum Realm through the back of the truck so he can pull out the “healing energies” from the Quantum Realm. That way, the team can help Ghost treat the condition that grants her the power she has.

Hank begins a countdown and Scott “Ant-Man” Lang enters the Quantum Realm, gathering the energies as he keeps radio contact with the team on the rooftop. As he begins his comeback, Hope Van Dyne begins another countdown from five, but when she gets to two, the scene cuts from the Quantum Realm from Scott’s point of view as Hope’s voice just stops. Initially, Scott thinks they’re just mocking him, but then he begins to get really worried. The scene then smash-cuts to the rooftop as we see a pile of ashes where Hope, Hank, and Janet stood now floating into the air, these ashes have the same aesthetics from the Infinity War movie when Thanos snaps his fingers.  This means that they’re dead, and Ant-Man is saved because he’s in the Quantum Realm.

Ant-Man and The Wasp Trailer

Where to Watch Ant-Man and The Wasp?

If you want to watch Ant-Man and The Wasp, then navigate to Disney+. Since The Walt Disney Company acquired Marvel, all of its productions now have a home at the popular streaming platform. Also, Disney+ is a globally available platform. For US$ 80 a year, or US$ 8 a month you get ad-free, unlimited access to all of the Disney catalog, as well as Marvel, Star Wars, National Geographic, and The Simpsons, that’s thousands of hours of family entertainment at a great price from virtually any device. With this, we conclude our coverage on Ant-Man and The Wasp here at Otakukart. Thanks for reading our piece, and please keep coming back for more daily updates on all your favorite series, movies and shows.

‘Semantic Error’ BL: Everything You Need About The K-drama!