Colleen Hoover's It Ends With Us is a 2016 romantic novel. 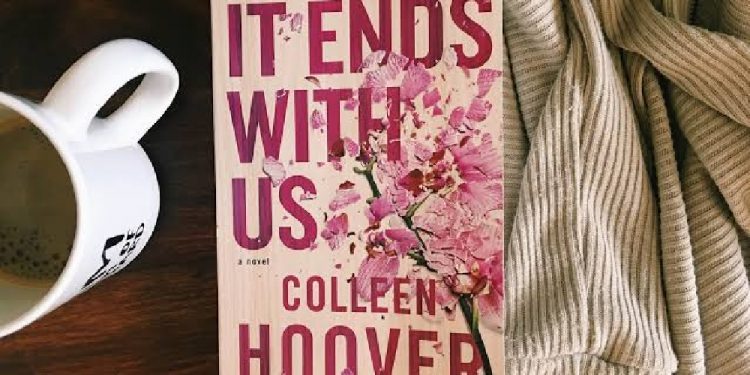 Does Lily End Up With Atlas

All of the stars in the world are owed to Colleen Hoover’s It Ends With Us. “Sometimes the one who loves you the most is the one who hurts you the most.” Colleen Hoover’s It Ends With Us is a 2016 romantic novel. The novel chronicles Lily Bloom’s failed romance with Ryle Kincaid, as well as her childhood in an unhappy family, her fall into an abusive relationship, and her escape from that situation. Does Lily End Up With Atlas? We will look for it here. The story starts with Lily’s father’s death. After her father’s death, Lily, a young college graduate residing in Boston, walks on a rooftop to clear her mind. Ryle Kincaid, a resident surgeon, greets her. The pair has chemistry, but their relationship goals are clearly different.

Ryle wants a fling, while Lily wants a relationship. They split up six months later when Lily hires Ryle’s sister Allysa to work at her new flower store. The more Lily and Ryle meet, the stronger their desire becomes until Ryle chooses to pursue a relationship with Lily despite his initial reluctance. During this time, Lily finds herself revisiting her history and seeking closure after her father’s death. She rereads her 15-year-old journals to discover it. Her notebooks describe her meeting with Atlas Corrigan, an 18-year-old homeless lad. Lily was motivated to help him when he was homeless as a youngster, and they grew close when he stood by her after she saw her father abuse her mother. Lily wonders if she isn’t also seeking closure with Atlas.

Does Lily End Up With Atlas?

Their relationship ended in a dramatic – and very tragic – way, leaving Lily with some unresolved issues. On page two of this novel, we meet Ryle Kincaid, a neurosurgeon who will become her second great love. Lily hasn’t always had that easy, but it hasn’t discouraged her from pursuing the life she desires. She’s gone a long way since growing up in a little Maine town—she went to college, relocated to Boston, and started her own business. Everything in Lily’s life appears almost too nice to be true when she experiences a spark with a stunning neurosurgeon called Ryle Kincaid.

Ryle is abrasive, stubborn, and possibly arrogant. He’s also empathetic, smart, and head over heels in love with Lily. It didn’t help that he looked fantastic in scrubs. Lily cannot let go of him from her head. On the other hand, Ryle’s antipathy to relationships is troubling. Lily can’t help but wonder what made him the way he is, even when she finds herself as an exception to Ryle’s “no dating” rule. But in the end, Lily realizes she doesn’t want her baby to grow up witnessing cruelty when she gives birth to a daughter. To terminate the cycle of domestic violence, she decides to divorce Ryle. She runs across Atlas eleven months later and expresses her desire to be in a relationship with him. So yes, Lily ends up with Atlas in “It Ends With Us.”

It Ends With Us is the story of Lily, who has spent her entire life witnessing her mother being tortured by her father and feeling powerless to stop it. She comes to Boston determined to live her life on her own terms, and it is here that she meets Dr. Ryle Kincaid. He is a man that looks like he stepped from out of a men’s magazine, charismatic, charming, and decadently attractive. Ryle is against relationships, and Lily doesn’t have one-night stands, so they hit it off right away. They do, however, get closer over time. Life is fantastic, almost too good, until one incident shatters this perfect life. Lily must determine if It Ends With Us as she is confronted with terrible situations and difficult Ends options.

Should You Read “It Ends With Us”?

It Ends With Us is absolutely one of the most beautiful books of 2016, as well as one of the most real, honest, uplifting, and genuinely beautiful stories ever written. It isn’t at all what you might think, but it provides far more than you could have imagined. This is a book that everyone should have a read once.

Also Read: Who Does Erza End Up With in Fairy Tail?