Does the story of this urban legend have an anime adaptation? 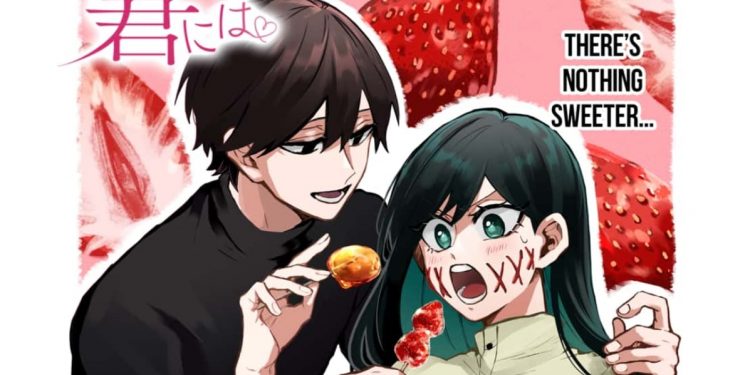 ‘Even if You Slit my Mouth’ is the story of Miroku and Sano.’ Miroku possesses long black hair, snow-white skin, and looks like she’s a portrait of beauty. But when she opens her mask, a mere glance of her mutilated mouth from ear to ear would throw anyone into the throes of fear” Miroku literally introduced herself like that to the readers in chapter 1 of the manga. When people saw her real face, they started to call her the Kuchisake Onna. She wanted to build up an image of Kuchinisake Onna as the most terrifying urban legend, known as the slit-mouthed woman. But there’s only one guy who is not even the least bit scared of her. It’s her soon-to-be husband, Koichi Sano, who is 17 years old.

He talked about how she used to be very infamous in 1979, 41 years ago. Back then, she had become a social phenomenon. Everyone knew about her and feared her a lot. Ever since social media usage had started, she had stopped getting attention from the youngsters and even the general public. People had started believing in science rather than focusing on superstitions. Supernaturals could only exist when humans talk about them and remember them.

Once the rumor fades away, there’s a high chance that the supernatural creature would dissipate into nothing and be forgotten forever. Since Miroku is on the verge of getting annihilated, she is being forced to marry into the Sano clan for her own survival. Sano clan had been tasked with the management of superstitions regarding urban legends. To keep existing, she had been engaged to Koichi Sano.

No, ‘Even if You Slit my Mouth’ doesn’t have an anime adaptation yet. But since there’s a fun plotline, with a romantic comedy plotline and a tragic past, it might as well be adapted into a shoujo anime. The female protagonist is an old urban legend, and the guy is smitten with her. In school, in the 1st chapter, Koichi confesses that he loves her. They make a pact that for one year, she’ll try to scare him while he’ll try to make her fall in love with him. This is a common shoujo romance pact, but it’s still cute to read. The manga is trending among manga readers who enjoy reading romance. We all love a paranormal romance, don’t we?

Miroku is a shy girl who has strong self-esteem. She gets flustered easily, though, and her stitching up her mouth every morning actually looks like a normal routine to her. Whereas Koichi is a calm, playful, and straightforward guy who loves Miroku with all her flaws. One day, Koichi even scares her with a demon mask, and that’s when Miroku got so scared that her stitches opened when her mouth flew open in shock. Koichi grinned and helped her wipe off the blood. Their relationship is quite adorable. He even smiles and says he loves all sides of her and steals the hearts of the readers.

Also Read: Will Bertholdt Hoover Die? His Fate In Attack On Titan

Where to read the ‘Even If You Slit My Mouth’ Manga?

‘Even If You Slit My Mouth’ Manga can be officially read online for free on the Mangaplus website. It has a black and white manga but consists of colored panels as well. The manga is a good read for someone who likes to read about paranormal romance with hints of comedy.

What is the real urban legend behind the real Slit-Mouthed Woman?

In the 1970s, the urban legend of Slit-Mouthed woman was really famous in Japan. Just like it’s shown in the manga, the news says that the masked woman always asked, “Do I look pretty?” and when the frightened child nodded, “yes,” then she (kuchisake onna) used to open her mask to reveal her split-mouth which might have looked a bit grotesque and that’s why most people were afraid of her. There’s a possibility that she might have been a real person, but there’s no way for us to know that. The Urban Legend has been famous since the 70s, and even now, it is considered that if you give her a bekkōame hard candy, she’d be impressed, and you’ll be able to get away.

There was anxiety among the young students who returned from cram schools at night about the Slit-mouthed woman or kuchisake onna. This was soon published in a horror story called The Vanishing Hitchhiker by Jan Harold Brunvand, which made this Urban Legend to be known worldwide since the author was American. This even led to an increase in Lotte’s profits as people started carrying koala hard candies with them. But after 2006, the legend slowly died and is hardly used in some characters like Obanai in Demon Slayer and a few more. Recently in 2019, the haunted house ‘The Narrow Road of Terror’ was also based around the kuchisake onna. After knowing this Urban Legend, it is easier to grasp the real context of the manga.

Tags: Even if You Slit my MouthUrban Legend
ShareTweetShareSharePinSend
Previous Post