Will Colt Grice Die in Attack On Titan? 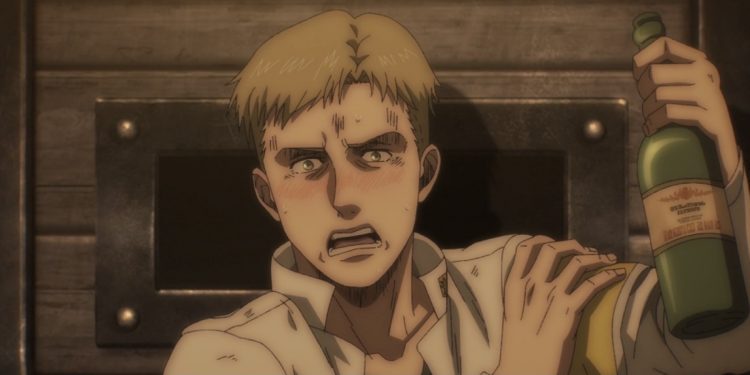 Colt Grice was an Eldian-Marleyan soldier who was supposed to inherit the beast titan. Looking at the risks of being a soldier, will Colt Grice die in Attack on Titan? Falco Grice is his younger brother. He was selected to be a Warrior Cadet and successor of the Beast Titan from Zeke. Even though he was a soldier, he still had to wear a small badge of Eldian star on his shirt collar. This was to distinguish him from the Marleyans. This sounds exactly like how Jews were made to wear a star badge during the Nazi regime in Germany. This gives signs of oppression, poverty, and discrimination the Eldians faced despite living in Marley. He even had a star on his helmet with a brightly colored stripe on his forearm, instead of black stripes which distinguished the Marleyan soldiers.

Colt used to wear this colorful forearm band. He was a diligent soldier and looked up to Zeke Yeager as his mentor. He thought of him as the most powerful Beast Titan and had no clue that Zeke possessed Royal Blood from his mother’s side. Zeke tells him that if he should never access his memory. Colt grew very curious to hear this piece of information. Did Colt really die? If yes, how? Let’s delve into the deep secrets of Shingeki no Kyojin and find out!

Colt is one of the Eldian assets who was selected to inherit the Beast Titan in the future. When his brother, Falco, came under enemy fire, he showed bravery and quick response to save him. He cared a lot for his brother and wanted to be a role model for him. He made sure that his brother’s wounds were treated when they reached a safe place. The officers and public might have looked down upon him for being an Eldian, but Colt Grice proved his intelligence by making amazing war tactics and strategies as well.

Colt might have been a committed soldier and a caring brother, but when it came to leisure, he used to get totally drunk at parties and didn’t hesitate to persuade other colleagues like Pieck Finger, even though she was very bad at handling the liquor, just like him. When he was drunk, his friends and family had to help him reach home. One of Grice’s uncles was involved in betraying Marley by joining the Eldian Restorationists, and just to prove his family’s innocence, Colt was forced to join the Marleyan military as a Warrior candidate at a very young age, perhaps when he was hardly ten years old.

After his training was completed, he was chosen as the future successor of the Beast Titan. Zeke and Colt had a mentor-mentee relationship. They went to important gatherings together, played catch, and Colt finally found a trusted adult to whom he could confide. When Zeke betrayed Marley and supported his brother Eren Yeager, Colt was extremely surprised as the man he saw as a confidant, mentor, and friend had betrayed him.

Will Colt Grice die in Attack on Titan?

Yes, Colt Grice will die in Attack on Titan. Colt, Gabi, and Falco took shelter in an abandoned building during Marley’s attack against Paradis. Gabi said that she learned that the Eldians on Paradis Island were just normal people. Falco had drunk the Marleyan wine, which was spiked with Zeke’s spinal fluid. He was worried about transforming into a Titan. That’s when Colt quickly thought of seeing Zeke so that he could solve this problem. They reached out to him, and Colt told Zeke about this issue. Colt, Falco, and Gabi confessed that Falco had drunk some of his spinal fluid. He begged Zeke to wait for launching his scream before Falco was out of range of the Beast Titan’s power. Colt didn’t care about what would happen to others as long as his little brother was saved.

Zeke empathized with him because both of them cared a lot for their brothers. Zeke refused to wait for Falco and let out a scream. Colt was devastated and tightly hugged Falco. He was grief-stricken and affirmed to him that he’d always be with him. Soon, Falco started to transform into a Titan, but Colt was stuck close to him during Falco’s transformation. A lot of heat, steam, and light was produced during the transformation, which melted Colt’s body, causing a blast, and at the end, his body was burnt just like Armin Arlert’s. It was devastating and painful to watch. Falco, who was one of the warrior candidates to inherit the Armoured Titan, soon turned into a pure titan. He ate Porco, the Jaw Titan, and took his powers. It was a miracle, but whether it’s good or bad, only time will tell.

Also Read: Levi In Attack On Titan: All About The Humanity’s Strongest Soldier

Fascinating Meliodas Facts That You Should Know – Seven Deadly Sins