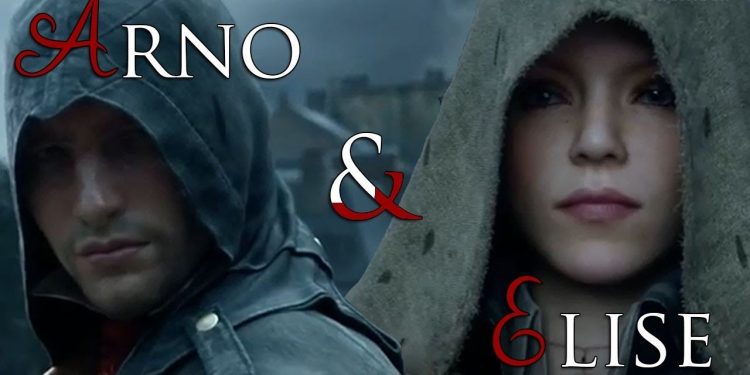 Arno end up with Elise

Arno and Elise were mostly sharing the same screen in the story of Assassin’s Creed Unity. They were appearing very close to each other, so did Arno end up with Elise? Assassin’s Creed Unity’s fans and viewers have always loved the duo together. Certainly, it will be soothing to see the duo fall in love. So, in this article, we will be reading about these impactful characters, Arno and Elise, as we will see if Arno did end up with Elise or not.

Assassin’s Creed Unity is one of the action games under the Assassin’s Creed series. It was out in 2014, and since then, it gained a lot of mixed reviews, so the developers did more changes and, later in 2015, released Assassin’s Creed Syndicate. The 2014 sequel had Arno and Elise’s amazing bond, but that bond is kind of a mystery for most of the fans out there. So, read on to know about them.

Arno is well known for being the central character in Assassin’s Creed Unity of 2014. He is one of the most powerful characters throughout the Assassin’s Creed franchise. Well, he is just a fictional character whose full name is Arno Victor Dorian, a part of Assassin’s Brotherhood. His duty as an assassin involves training for combat and, yeah, assassinations.

Talking more about the character’s details, he was born in Versailles in 1768 to Charles Dorian and Marie Dorian. But, the life of this character wasn’t easy. His mother left him and the other members of the family when the protagonist was just a kid. Also, his father died when he was at an early age, and he was adopted by François de la Serre. Since then, Arno has been struggling and making himself strong enough to face any challenges he may face in the future.

A French noblewoman and a templar, Elise was born in 1768 in Versailles, french kingdom, but the lady died when she was just 26 years old. This noblewoman was born to François de la Serre who was the grandmaster of templars and Julie de la Serre. Even being a privileged child because of Templars, Elise had to hang out with maids and not with the rich ladies of the court. Her parents used to teach history and combat, but they never taught her etiquette, manners and they never let her dress like the other rich girls in the court. If Elise asked her mother about such restrictions, she used to explain that she didn’t want Elise to show off her looks and dress sense.

Elise’s parents used to hire tutors, and Elise was not allowed to attend schools because when for the first time Elise went to a convent school, the teacher used to hate Elise smiling and laughing. So, she punished her, and from that time, Julie stopped Elise from going to school. Now, this scenario explains how protective her parents were. Also, as Elise was growing old, she started finding herself comfortable with Boys and toys such as Tanks, Soldiers and not with dolls. Gradually, she met people who taught her fighting and the use of various weapons. As a result, Elise came out to be a powerful Lady or kind of a warrior.

Does Arno end up with Elise?

As mentioned earlier, Arno’s mother left him, and his assassin father was murdered when he was young. Elise’s father, who was an enemy of Arno’s father, took the kid Arno under his wing just to respect his dead enemy. Furthermore, not to corrupt Charles’s memories, so Elise’s Father kept Arno away from the Templars, and he never revealed that Elise is a Templar too. So, both the kids grew up together, fighting, learning, and gradually fell in love with each other. Arno always used to face extremely difficult situations because of Elise. But everything was going well until Elise’s father was murdered.

Times changed. Arno was feeling worst as he thought he was the reason for the murder, so he wanted to know everything that happened to François de la Serre. On the other hand, Elise wasn’t guilty but wanted revenge. They end up loving each other harder. But Arno was facing a hard time figuring out what he should choose between love and Duty. Unfortunately so, Arno does not end up with Elise as she dies in his arms during the final sequence.

Also Read: Assassin’s Creed Valhalla Wrath of the Druids: All About The New Expansion