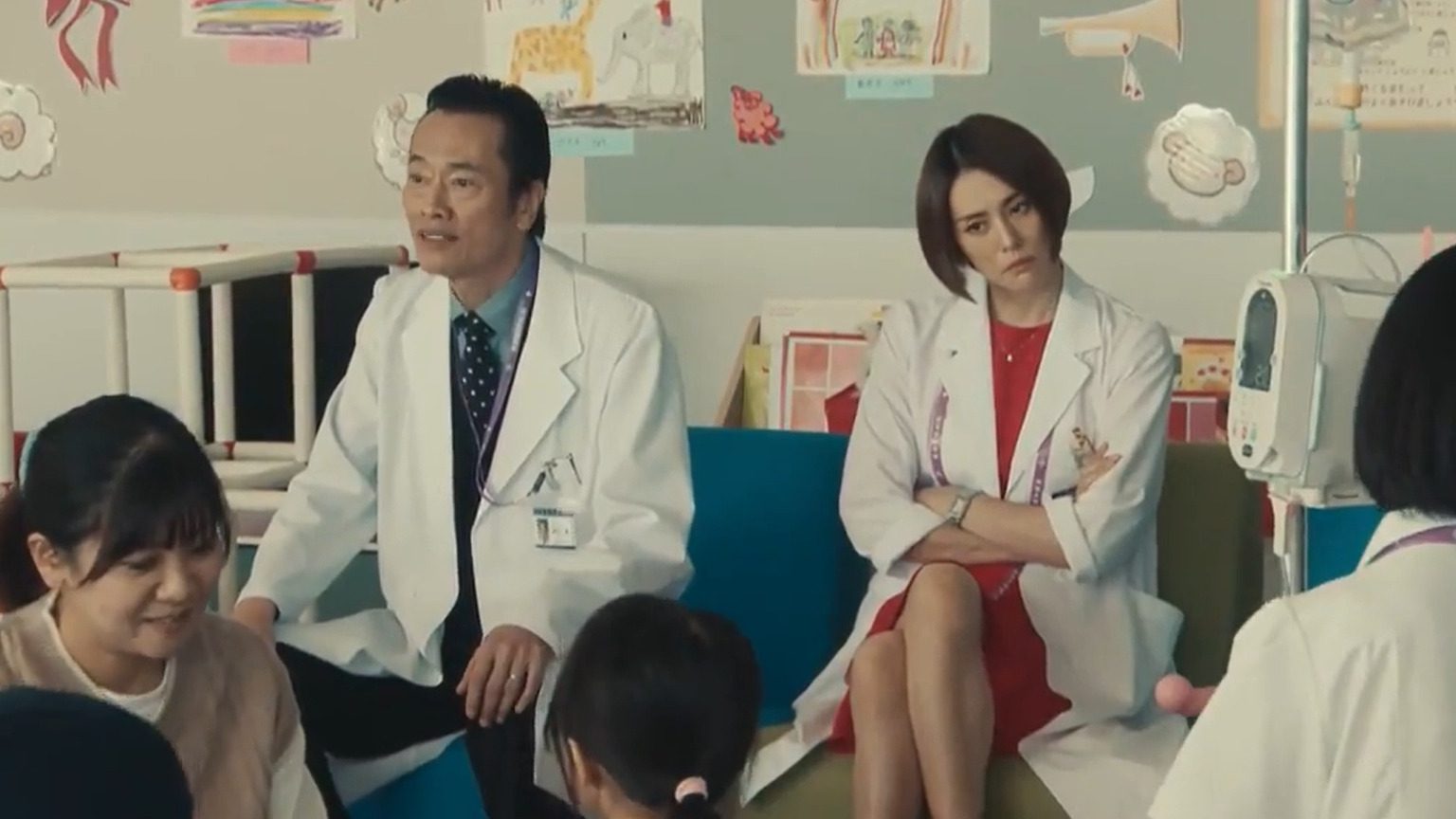 Doctor x 7 episode 5 will premiere next week. As the lone wolf doctor, Michiko Daimon will be back with another challenge at the hospital. After saving the PR head of the hospital, Dr. Daimon took the risk and saved another life in the previous episode. As soon as the doctors got the reports of the patient, they were in shock. Actor and singer Yuika San was suffering from a throat infection and severe arm pain. As the doctors get the reports in their hands, they get to know that it is not just an infection. But a tumor is inside Yuika’s throat that is destroying her shoulder muscles too.

As the doctors gathered in the conference room to discuss Yuika’s condition. Ryutaro Hachisuka is fully sure that his doctors will treat Yuika. Presenting his method of chemical surgery, Tadashi Kuwagata introduces ‘Boron Neutron Capture Therapy’ to kill the tumor. But it doesn’t take Takashi Ebina to butt in and point out that the surgery could be dangerous for her life. Even after the objections from the superiors, the internal medicine team is determined to perform the surgery. Saying that he will quit if anything happens to Yuika after surgery, Ryutaro Hachisuka himself takes the responsibility.

After The Doctor’s Conference Room Talk

The internal medicine team and surgery team have different opinions, and both are proposing their views to Yuika. But her having a public career and aspirations to fulfill can’t just give up on herself. And is ready to take risks. Moving on to the day of surgery, things seemed to be under control as Yuika is under BNCT, with all the doctors taking notes and checking the machines, making the first session successful. During the bed rest, Yuika sees her career getting destroyed as she a frenemy visits her. Coming to tell her that how she has been dropped from her show ‘Four Seasons’. And the rumors about her relationship with another actor has been going around.

Also Read: Where is Return To Halloweentown Filmed? All About Disney’s Popular Series

With all the stress, her recovery is looking positive. Looking at Yuika’s deteriorating health, Takashi Ebina begs Dr. Daimon to help Yuika and take charge. As she is practicing singing in the room, Dr. Daimon goes on to talk to her. And Yuika tells her that she doesn’t want to stop singing. Assuring her that she will do her best to make things right, Dr. Daimon is in the operation theatre operating on Yuika San as the doctors look from the above. With them giving different opinions and threats, Dr. Daimon is fazed by nothing as her goal is to save Yuika San.

Doctor x 7 Episode 5 will release on November 11, 2021, at 9 pm JST. The surgery is, in the end, a success. With all the head doctors proud of Dr. Daimon, she was successful in saving Yuika’s throat and arm. Along with Yuika’s show and reputation back to her. While Ryutaro Hachisuka and Choko Mikuni are celebrating another success and the positive reviews for the high-class patients. Ebino has gotten a transfer to the beach he has been waiting for for a long time. With the new chief of surgery coming in, everybody will need time to adjust. But it is going to be hard for Dr. Daimon as she lives on her own conditions. With the things going bad between Dr. Daimon and Ryutaro Hachisuka as she goes on to threaten him physically. Things are taking an interesting turn.

Where To Watch Doctor x 7 Episode 5?

Doctor x 7 Episode 5 will be available to watch on TV Asahi. While in certain countries, it will be available to rent on Amazon Prime. With each episode having a runtime of around 45 minutes. The fans of the lone wolf Michiko Daimon can binge-watch the new season within a few hours. While the whole series contains seven seasons and eight to ten episodes each.

Also Read: What Anime Is Junko Enoshima From? All About The Ultimate Antagonist