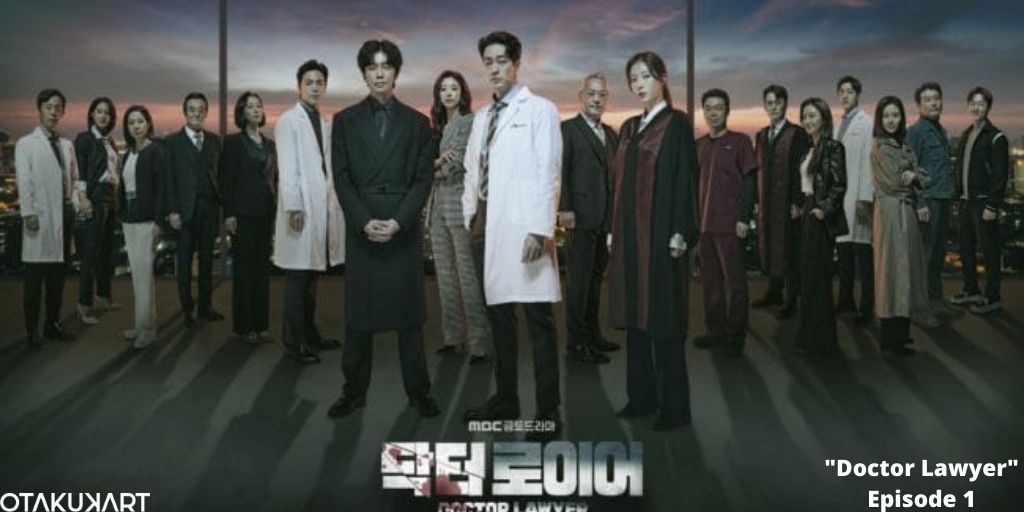 Many fans are eager to know when “Doctor Lawyer” episode 1 will be released. This series has been one of the highest awaited dramas of the month and fans cannot calm down as the airing date is getting closer and closer. With the release of recent dramas like “Ghost Doctor” by Kim Bum and Rain and “Juvenile Justice”, fans have been addicted to their impressive storylines and these dramas have surely raised their standards.

But we cannot even blame them as the Korean drama industry has so much to offer that the Kdrama fans can never get satisfied. So here is another drama to fulfill our thirst for another exceptional Kdrama that will blow our minds and make us addicted to the series.

“Doctor Lawyer” is an upcoming Korean drama that will tell the story of Han Yi Han, who previously was an elite surgeon. He has graduated from one of the best medical schools in South Korea and everyone knows that this guy is someone special and is highly skilled in his field. His specialization is in two departments which were Cardiothoracic surgery and general surgery. But his life turns upside down after a surgery that he performed. He then comes back years later as a lawyer and tries to help people through his legal knowledge.

The cast is ready with their intense acting skills to impress us and make sure that we feel connected with the story throughout the episode. These stars are So Ji Sub (Oh My Venus)  as Han Yi Han, Shin Sung Rok (Vagabond) as Jayden Lee, and Im Soo Hyung (My ID Is Gangnam Beauty) as Geum Seok Young. Now, let us know more about the release date, what to expect and where to watch “Doctor Lawyer” episode 1.

What To Expect From “Doctor Lawyer” Episode 1?

There is a big possibility that we will be able to see the back story of Han Yi Han as a doctor. As a surgeon, he was a hardworking person who did his best at every possible moment just in the hope that his patients get better and can have the hope to live. But as a series of unfortunate events unfold, his life takes a 180-degree turn and he can never go back to his normal life again. But we can also expect to see his dedication to his life motto where he only wants to help people.

This big unfortunate event happens when he conducts surgery on a patient, but the patient dies. But, things seem suspicious here because Han Yi Han had confidence that the surgery actually went well and he was one of the top surgeons! Then how could this happen? Why did this happen? Was this someone’s plan? The series will be a highly mysterious and suspicious one, where we might doubt every character. There are many questions revolving around the character. The following episodes will be his journey of how he makes his comeback and tries to solve this suspicious case as well.

Where To Watch “Doctor Lawyer” episode 1?

The original broadcasting network of “Doctor Lawyer” is MBC. “Doctor Lawyer” will be airing at 10 pm on MBS according to Korean Standard Time. If you are an International viewer, then you can watch this amazing series according to your time. For India, the timing is 6: 30 pm, 1 pm in the United Kingdom, 8 am in Canada, 12 am in Australia, and 8 am in Washington.

“Doctor Lawyer” Episode 1 will release on June 3, 2022. The summer is not very kind to us, but this Kdrama has come to relieve us from our boredom. The series consists of a total of 16 episodes with a duration of 60 minutes. The last episode of the series will air on July 23, 2022. So fans will be occupied with the series for quite a while. So mark your calendars because believe us, you do not want to miss out on this Korean drama.