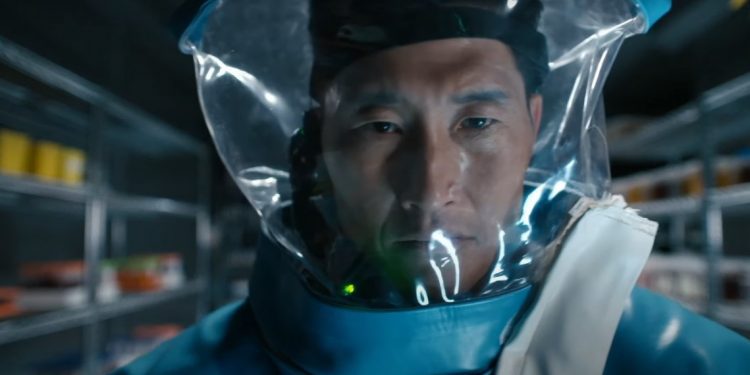 Firstly, in the previous episode of this National Geographic series, the Federal Bureau of Investigation grew ever more wary of the Ames strain of Anthrax employed in the attacks. In The Hot Zone Season 2 Episode 6, the series finale, we will see how Agent Rykers makes a shocking discovery regarding Dr. Bruce Ivins’ erratic behavior. After all, he’s been acting all jolty, paranoid, and suspicious all along.

The Hot Zone: Anthrax covers the dreaded FBI case Amerithrax, which consisted of a series of Ames-strain Anthrax letters mailed to several media outlets and politicians in the aftermath of the 9/11 attacks in the United States. When a Special Agent to the FBI is commissioned to investigate the case, he stumbles upon a series of interesting discoveries, ruling out, bit by bit the possibilities of non-state-sponsored foreign terrorism, and beginning to focus on domestic threats from the inside.

The Hot Zone Season 2 Episode 6 premiered on National Geographic on November 30, 2021, at 9:00 p.m. Eastern Time in the United States. The episode was formerly named “RMR-1029.” Second, in this episode, we see how the FBI confirms their suspicions regarding Dr. Bruce Ivins, an investigator with the United States Army Research Institute of Infectious Diseases, assisting with the investigation. The only place where the strain of Anthrax was available was Dr. Ivins’ laboratory. Moreover, Ivins’ actions will shock everybody in the series finale.

Where to Watch The Hot Zone Season 2 Episode 6?

You have a few alternatives for watching The Hot Zone: Anthrax, Episode 5. To begin, you might go to the National Geographic channel’s website and watch the broadcast there. You can also watch the program on Hulu, Fubo TV, Sling TV, DirecTV Stream, and Vidgo. The first season is also available on Amazon Prime Video if you want to see it.

The story revolves on two men: FBI agent Matthew Ryker (Daniel Dae Kim) and USAMRIID scientist Bruce Ivins (Tony Goldwyn). Other individuals wander in and out of these men’s life, but they’re actually 95 percent of the emphasis, and given the story’s direction, just one is interesting enough to last the duration of each episode. Kim might be a captivating figure, but Ryker is solemn, with a permanent frown on his face.

Ryker is one of many persons who struggled in the aftermath of 9/11, having observed the jet crash into the Pentagon firsthand. Much of Kim’s fear, though, is shown in his gripping his head while memories of rumbling change unfold. He’s really law and order, the one who tells government officials they’re wrong and that the worst is yet to come.

The Feds catch a terrorist from the inside

Ryker represents the government side, which results in numerous repetitive sequences of persons sitting and talking about how horrible things are, but since we don’t see the victims or learn about them as people, it seems fairly quiet, dull, and dour. This isn’t an action-packed production like “Outbreak.”

Ryker is fully aware that he is on the right track, but the show is primarily concerned with proving the argument that a rogue connection to the anthrax strain may have benefited the Iraq War without overtly declaring so. “The Hot Zone: Anthrax,” like other shows that attempted to look back at historical events with the benefit of modern understanding.

Bruce, played by Tony Goldwyn, delivers what passes for excitement, owing mostly to his status as the classic Lone Weirdo. His Bruce Ivins is regarded as an “odd duck” as well as a dazzling genius. One who has a wonderful family but makes a lot of ladies uncomfortable long before anthrax hits the post office. It’s amusing how, around midway through the series. One of the female investigators comments that guys adore Bruce but women are skeeved out. Only for one of the male detectives to reply it’s not strange. That’s where “The Hot Zone: Anthrax” has something to say, and it’s a pity it takes more than half the series to get there.

Also Read: NCIS Season 19 Episode 9: The Crew Must Solve the Case with a Hologram