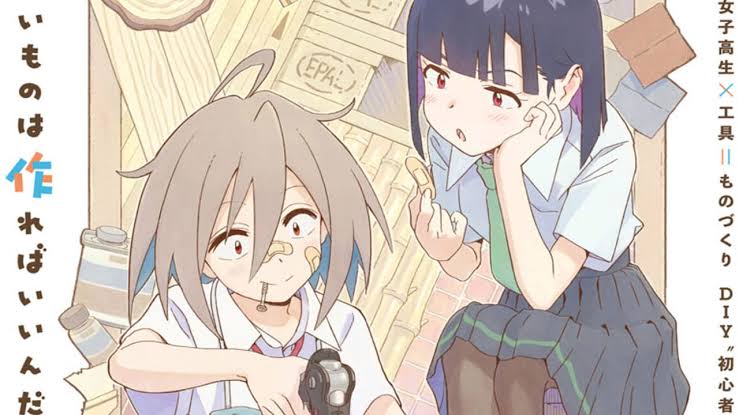 On the 20th of May, in 2021, the official producers of the ‘Do It Yourself’ Anime series had been announced to be released this year. This amazing news was delivered to the fans, audience, and viewers by the official Twitter account of the ‘Pine Jam’ studio. This animated series will be broadcasted worldwide, on various channels such as Tokyo MX, MBS TV, SUN TV, BS11, BS TV, and a lot more. A large number of online platforms and websites will be streaming ‘Do It Yourself’, as well. The producers of ‘Do It Yourself’ have also released a teaser image, giving a small preview of the animated television and web series. The teaser image gives the audience and the viewers who the characters of the animated series are and what they look like. You can view that teaser image of the ‘Do It Yourself’ animated television and web series right here. 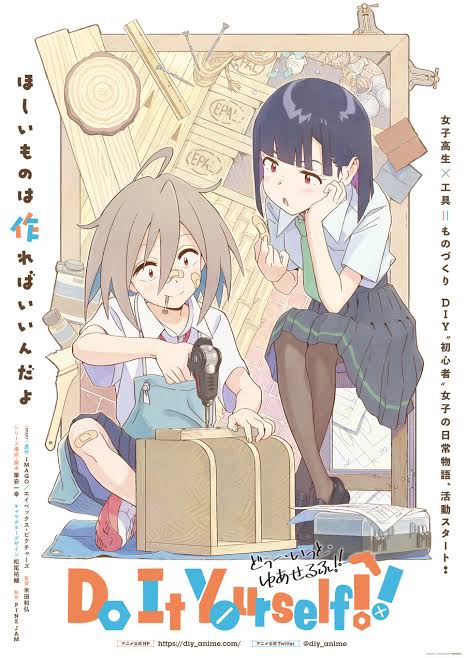 The Teaser Image Of ‘Do It Yourself’, C(Pine Jam)

Also Read: Lupin The Third Part 6: What Do We Know?

What is the main plot of ‘Do It Yourself’?

‘Do It Yourself’ has a very lighthearted narrative and a plot that prominently brings out and highlights the theme of a slice of life, coupled with a hint of comedy. The producers have been very clever with the script and the name of the animated series since it promotes and encourages the viewers to do something creative or productive at home. With the uncertainty of the Corona Virus pandemic, this animated series showcases how a bunch of young girls are able to achieve or make a lot of things by using everyday objects and staying at home! It is truly inspiring to see them work this hard.

The plot of the animated television and web series is simple and uncomplicated. ‘Do It Yourself’ revolves around a bunch of young and creative high school girls who are struggling to get through their school life. The Anime depicts how Serufu, Purin, Kurei, Takumi, Shii, and Jobko are given various tasks and projects from their teachers. In order to finish this task, they need to be creative and make something from scratch by using things that are already in their home! These six girls are not only the main characters of the animated series, but they are also really good friends.

Sometimes they succeed, and sometimes they fail. Nonetheless, they are quick to get back on track and start over because of the incredible support they get from their friend group. The plot of the ‘Do It Yourself’ animated television and web series unravels by portraying the daily obstacles that these six girls need to tackle in order to present their class with beautiful creations and projects. The teaser image displayed above showcases how Serufu is working on a project while Purin is helping her by supervising. It is also visible how Serufu has been bandaged up, which might indicate that she is a little clumsy and has hurt herself while working. 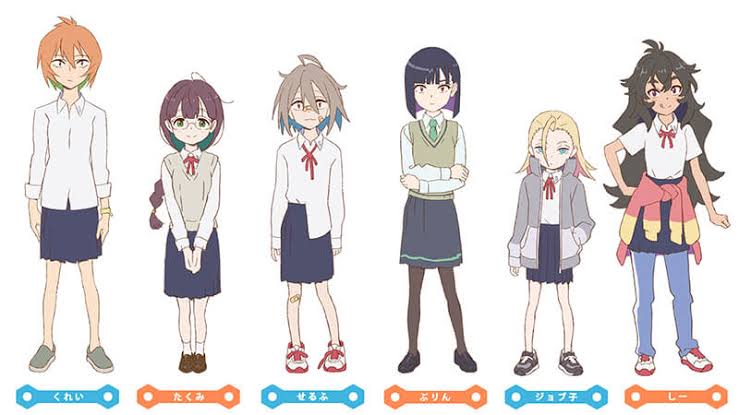 The Main Characters Of ‘Do It Yourself’, C(Pine Jam)

‘Do It Yourself’ Release Date

The official producers of ‘Do It Yourself’ have not yet disclosed the release date of the animated television and web series, but since the series had gone under production months ago, it is safe to assume that it will premiere around the Fall of 2021. The number of episodes that will be included in this season of ‘Do It Yourself’ has not been revealed, either.

Nevertheless, the script of the animated series is being written by Kazuyuki Fudeyasu, who is known for his work in ‘How Not To Summon A Demon Lord’, ‘Redo Of Healer’ and ‘That Time I Got Reincarnated As A Slime’, while the characters are being designed by Yusuke Matsuo.

‘Do It Yourself’ will be available for you to watch on online platforms and websites such as Crunchyroll, once it gets released!

Do check on our website from time to time as we will keep it up to date with the latest information on ‘Do It Yourself’.

Also Read: Demon Slayer Season 2: What We Know So Far