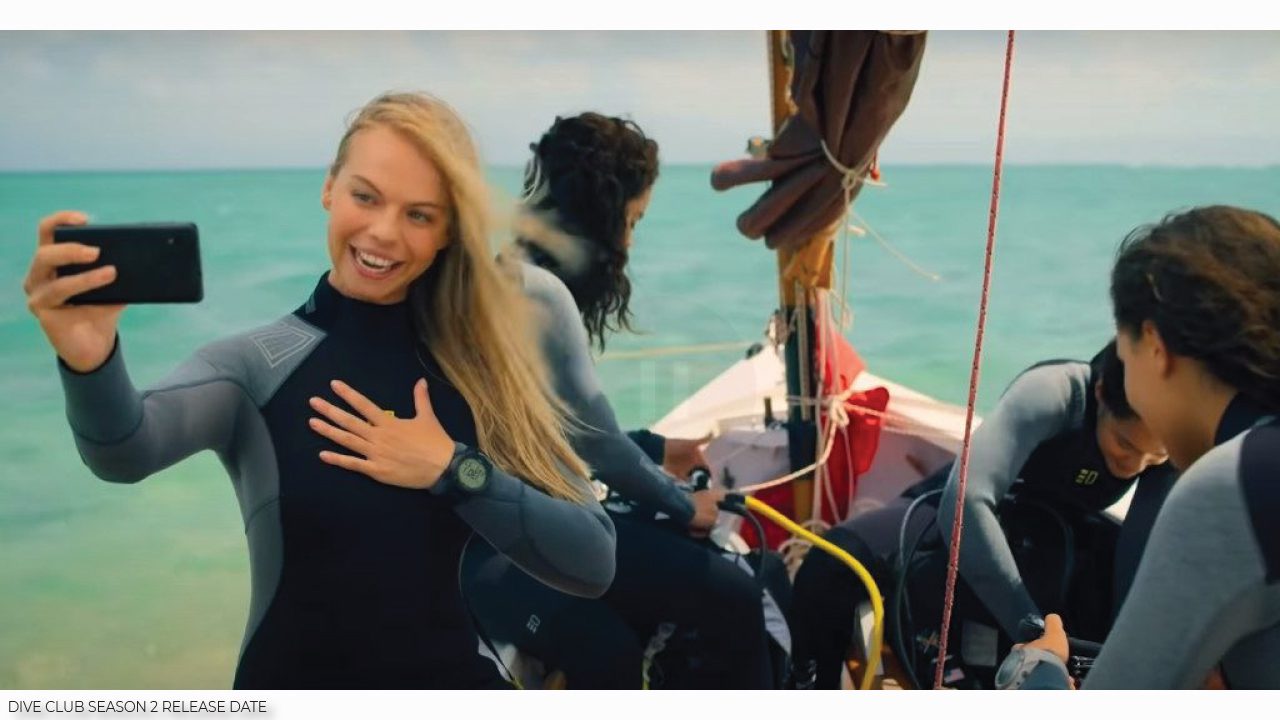 Just as Netflix dropped this September Dive Club season one, eager and hungry fans want to know if there will be a second season. Dive Club Season 2 release date. Firstly, our team here at Otakukart will provide you with the answers. So, Dive Club is a new Australian web series available on Netflix. Steve Jaggi developed it, and it stars Mercy Cornwall. Aubri Ibrag, Miah Madden, Josh Heuston, Georgia May Davis, and Sana’a Shaik, among others. The series consists of twelve episodes, each thirty minutes long, increasing the total viewing duration to almost six hours. So, it’s not something you could really binge-watch. But believe me, three episodes in, and you’d be hooked to your screens.

Dive Club is the tale of four adolescent girls who reside in Cape Mercy and spend their free time diving into the beautiful water that surrounds them. They all grow up to be skilled and daring divers, notably Lauren, who vlogs most of their lives and uploads them to YouTube. Because honestly. What adolescent sitcom is complete without one of the main characters is a vlogger? So, when Lauren goes missing one stormy night, the females begin sniffing about in the place where they feel most at ease: underwater. Things aren’t always as easy as they seem.

Dive Club Season 2 release isn’t official yet. As soon as the production crew comes up with a date. We will post an update for you. However, season two seems pretty possible. Considering the cliffhangers, the success of the first season, and how well-liked and received the first season was. Netflix has a knack for pushing renewals of these kinds as late as possible. Unlike Paramount+ or Disney, two-season orderings are rare unless they’re a big project with a star-studded cast.

Dive Club Could Captivate You

Dive Club excels playing with tension, which may be its most excellent (wet) suit. We did, in fact, make a diving joke, and we’re not sorry. Dive Club builds it up to a crescendo at the appropriate moments, then dissipates it, allowing the suspense to linger throughout the twelve episodes. Here’s the thing: based on the trailer and narrative description, I expected the program to get to drawn out towards the middle, but that didn’t happen. Instead, newer story elements started surfacing, making the show much more intriguing than I had anticipated.

Aside from the apparent hold the screenplay has on you. The beautiful cinematography more than compensates for some of the more embarrassing lines that appear in nearly every episode. The ensemble tries its best and is generally excellent at being subtle. But it is an adolescent drama, so there will be screaming rivalry among the females.

Because all significant characters survive by the conclusion of season one. We may anticipate most of the actors who play them to return if the program is recommissioned. This implies we may see Miah Madden (Maddie). Georgia-May Davis (Lauren), Aubri Ibrag (Anna), Sana’a Shaik (Stevie). And Mercy Cornwall (Izzie) return. In addition, Joshua Heuston (Henry), Alexander Grant (Hayden), Veronica Neave (Mayor Renee Volkov), and Kate Peters (Viktorya Volkov) may return in a possible season 2. Other notable cast members include John McNeill (Sea Dog), Phoenix Mendoza (Camille), Ryan Harrison (Leonid Komarov), and Jai Koutrae (Chief Jack Rose).

Since Lauren —presumably killed in a shipwreck— vanished. The members of the Dive Club, on the other hand, do not give up on their buddy. Lauren is discovered in the lighthouse on the eve of the annual Salvation Day Festival. Anna is misled into thinking she is the heir to Russia’s royal throne. But she quickly realizes that her family’s past is fiction when she discovers that her grandma Viktorya is a pirate. As the season comes to an end, the group of pals finds themselves chained to a mast and trapped in the middle of nowhere, as the Dive Club burns in front of their eyes.

The narrative from the cliffhanger ending may be continued in the next season, revealing what happens to the divers. Leonid Komarov’s destiny is left up in the air in the season 1 finale. However, if the program returns, we may receive some answers. Hayden is shown to be with the Volkov family in the season one finale.