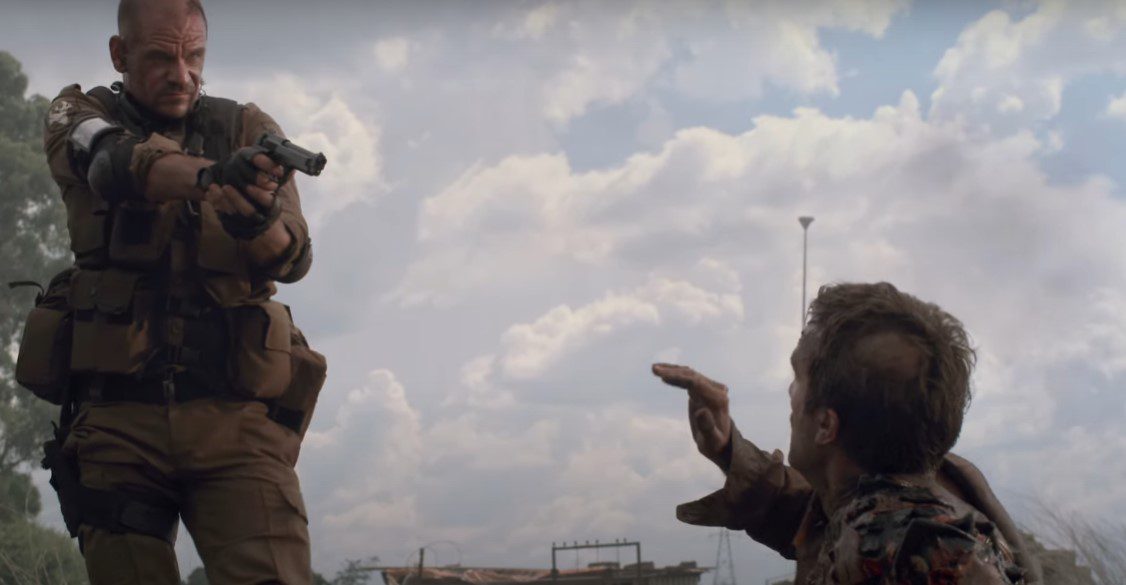 2009 sci-fi thriller movie District 9 director Neill Blomkamp shared with the media some news concerning the District 9 sequel updates. The working title for the movie, “District 10” has been stuck in production hell for over a decade. So, is it happening, or is it going to be discarded? Jump with us and find out.

If you’re unfamiliar with District 9, it is a 2009 science fiction action film directed by Neill Blomkamp, written by Blomkamp and Terri Tatchell, and produced by Peter Jackson and Sharlto Copley. It is a co-production of New Zealand, the United States, and South Africa. The film stars Sharlto Copley, Jason Cope, and David James. The film tells the story of an alien species forced to live in slum-like conditions on Earth, and the social upheaval their presence causes.

Are the cockroaches going home?

District 10 is currently in development, with Neill Blomkamp attached to direct. The film will be a sequel to the 2009 film District 9. And will continue the story of Wikus van der Merwe as he tries to stop his transformation into an alien. While not much is known about the plot of the film, it is sure to be an exciting and action-packed continuation of the first film. With its talented cast and crew, District 10 is sure to be another success for the franchise.

Blomkamp’s return to the property that made him famous may be a necessary step. As his subsequent work has not been as well received. While Elysium received some positive reviews in 2013, it was a far cry from the widespread acclaim that the director did receive for District 9. And it presaged the hostile reception that his third film, Chappie, received. His best work has actually come from outside of mainstream filmmaking, with his Oats Studios project on YouTube releasing some of the platform’s best-known sci-fi and horror shorts.

It is thus hoped that Blomkamp will bring some of the DIY aesthetic and intriguing use of CGI showcased in his Oats Studios movies to District 10. As it is trying to recapture some of the fiction that made District 9 so successful. So far, no details about the sequel’s plot have been released. Whether Blomkamp continues van der Merwe’s story remains to be seen. Whatever happens, it could mark the South African director’s glorious return to the frontline of pop sci-fi cinema. And his comments indicate that District 9 fans should keep an eye out for news of a District 10 release date.

There’s no official release date for District 10. Moreover, Director Neill Blomkamp is enthusiastic about the project. Still, nothing is in fruition just yet. Rest assured, as soon as we learn something, we’ll update you with a post. So far, the project seems to be directed in a positive direction. And it’s escaping the ten-year stuck hell it’s been on.

So far, the story continues in development, Blomkamp wants to take the story to other places different than South Africa. And that makes you wonder how coherent could that be if the first film is so centered in that country in the first place. Still, Blomkamp’s main concern is money. Production of that magnitude in today’s economy would be a very costly one.

The economic panorama in today’s global recession isn’t the same as in 2009’s. Moreover, how is he going to factor in new developments like distribution? Will he partner with a streaming giant like Netflix, Hulu, or Amazon Prime Video to finance his long-awaited project? It’s all up for grabs, we’re just going to have to wait and see.

District 10 picks up right after District 9

Where to Watch District 9?

If you want to watch this movie by Neill Blomkamp and Peter Jackson, the internet offers you a few choices. Firstly, you can stream it from Amazon Prime Video. Secondly, the movie is also available from Fubo TV, AMC, DirecTV, Sling TV, and Spectrum on Demand. Lastly, you can purchase or rent the movie from Amazon Direct Video, Vudu Fandango, Apple iTunes, Google Play, YouTube TV, Google Play Movies, the Microsoft Store, Red Box, DirecTV, and AMC on Demand.

How to Watch Jeepers Creepers Reborn?