Hyomin and Hwang Ui Jo have consumed the INTERNET! The 2022 Korean couple reveal is out and the whole internet has gone completely wild about it. 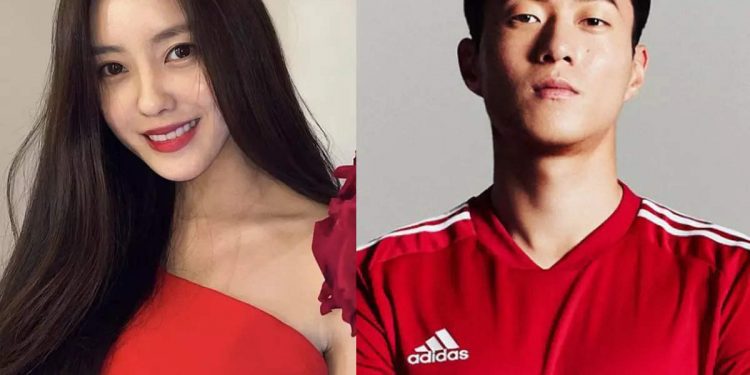 Hyomin and Hwang Ui Jo have consumed the INTERNET! The 2022 Korean couple reveal is out, and the whole internet has gone completely wild about it. The revelation has been one of the most anticipated ones, and therefore it has brought the whole fandom’s attention to it. Dispatch has successfully pinned everyone down the internet, and now the surfing speed has multiplied by hundreds. None of these reactions came in as a surprise because fans out there were super excited and eager to know about the dating life of their favorite idols.

When Dispatch made the announcement about the revelation a few days ago, it didn’t take long for the whole internet to be stacked up with assumptions. There were hundreds of rumors going around, and fans out there were shipping different idols with each other expecting their theories to come true. Social media platforms were swarmed with the same crowd, and we had a long list of “can be together” couples.

But now, with the revelation on the ground, the reactions from everyone have been mixed with shock and surprise. Many out there are happy for the couple, while some are quite disappointed. The internet is again swarmed with huge buzz about the revelation, which has marked the beginning of the year 2022.

Therefore, let’s have a look inside the 2022 Korean couple and know everything about them.

Dispatch revealed the New Year’s couple, which came out as a surprise to everyone. T-ara’s Hyomin and Hwang Ui Jo, a soccer player, confirmed their relationship.

The pictures were revealed, and it was said that Hwang Ui Jo is a soccer player playing in the French Ligue 1. He has taken leave from the game in December in the last two weeks. During that period, the couple spent their holiday in Switzerland.

As per the report revealed by Dispatch, Hyomin and Hwang Ui Jo have given a green flag to this news. They said that they are in a stage where they are doing their best to know about each other’s good feelings, likes, and dislikes.

Also Read: A Look At the K-Pop Friendships That Nobody Expected

Hyomin: A Short Intro to the South Korean Singer

Park Sun-young or popularly known as Hyomin, is a well-known South Korean singer, songwriter, and actress. She is recognized as a member of the K-Pop girl group “T-ara”.

Hyomin has been starred in many South Korean television dramas like “My Girlfriend is a Nine-Tailed Fox,” “The Thousandth Man,” and “Gye Beaek”. She has also been seen in movies like “Jinx!!” and “Gisaeng Ryung”.

Hyomin has bagged the best new actress award at the 2011 MBC Drama Awards for her role in Gye Baek.

She has bagged the best Korean female artist award at the 2017 V Chart Awards for her track “Sketch”. And, Hyomin has also won the 2020 V Heartbeat Stage of K-Pop at V Live Awards.

Also Read: Top Five Moments of Blackpink’s Jisoo That Proves She Is An Iconic Queen

Hwang Ui Jo is a popular South Korean footballer playing as a forward for Ligue 1 club Bordeaux and the South Korean National Team.

The 29-year-old football player joined the Ligue 1 club, Bordeaux, on July 15, 2019. He previously played as a striker but was positioned as a winger in the new club.

Moving to his international career, he scored his first goal against Jamaica on October 13, 2015. He joined the 2018 Asian game as a wild card for the South Korea national under-23 team. He continued scoring goals against Bahrain and Malaysia. Scoring his fifth goal against Iran on August 23, 2015, he led South Korea to a 4 -3 win against Uzbekistan. And his explosive hat-trick was well appreciated.

He has been awarded several honors, and his latest was in the year 2019. He was honored with the Korean FA Goal of the Year.