From appearing in several supporting roles to becoming the star of Indian Television, here is what the latest rumors say about her! 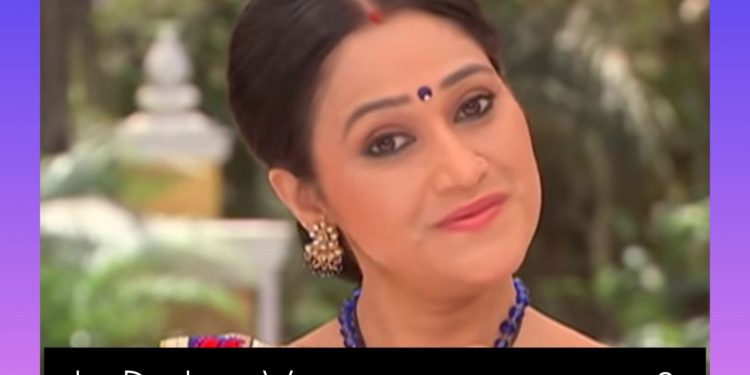 Ae halo!! It’s been so long since we have heard this line in our favorite sitcom Taarak Mehta Ka Ooltah Chashmah! Even whenever we mimic this line, the only face which envelops our mind is of Disha Vakani who plays the role of “Daya” in this serial. And then the sequence of flashbacks from the show stars rolling in our heads. Over time this sitcom became a part of our routine. Many can’t even think of having their lunch or probably dinner without watching this legendary show. The interesting way in which the makers have formatted the show, one can catch it no matter from which point they have started watching. Even during the lockdown when their old episodes were telecasted over repeats after repeats, we never got bored.

But no matter how epic the present episodes are, the true fan of TMKOC (Taarak Mehta Ka Ooltah Chashmah) would always find a charm missing in these episodes. The reason is the absence of Daya ben. She was the true soul of this show. Her acting, her laugh, her special Garba style, and especially that voice had made us her fan. Her huge fan base is the only reason that why the makers have still not thought of replacing her. Moreover, some rumors say that she had been offered a huge pay cheque for re-joining the show.

Is Disha Vakani, the Dayaben of TMKOC pregnant for the second time?

After Disha Vakani left the show, several times the internet went on a search to know about her whereabouts. And because of that, many a time different types of rumors have paved the way. And recently, the rumors regarding her second pregnancy grabbed the eyeballs of her fans. All these things started after a Hindi news portal had shown her recent images where Disha Vakani can be easily found with her baby bump. And the same pictures were also circulating on several of her fan pages. The pictures show Disha Vakani wearing a blue-colored full-length skirt and a top, both embroidered with golden threads. As soon as these pictures were posted, they went viral!

Though the pictures make us believe that Disha Vakani is pregnant with her second child, no confirmation came forward from her or her family. And so, at this moment the rumors are still under review. But it is for sure that her fans want to see her resume the role as Daya ben in Taarak Mehta Ka Ooltah Chashmah.

Earlier, the first time when she hugged the feeling of motherhood was on 27th November 2017. When she got blessed with the joy of a baby girl, whom they named “Stuti“. Following which she left the legendary show. And by the time the makers are still in contact with her to make Disha Vakani resume the role, the storyline shows her to be gone on a Pilgrimage with her mother. And so, it would be quite depressing but on the same hand, it would also be exciting to wait for both Daya Bhabi and also for her mother whose face was never revealed on the show.

Who Is Disha Vakani’s husband?

No, we are not talking about Jethalal “Jethiya” Champaklal Gada. Here we are talking about Disha Vakani’s real-life husband. And the name of the better half of Disha Vakani is Mayur Padia. With whom she had tied the knots on 24th November 2015. The whole industry had witnessed the glamour of that huge wedding! Mayur Padia is a Mumbai-based chartered accountant.