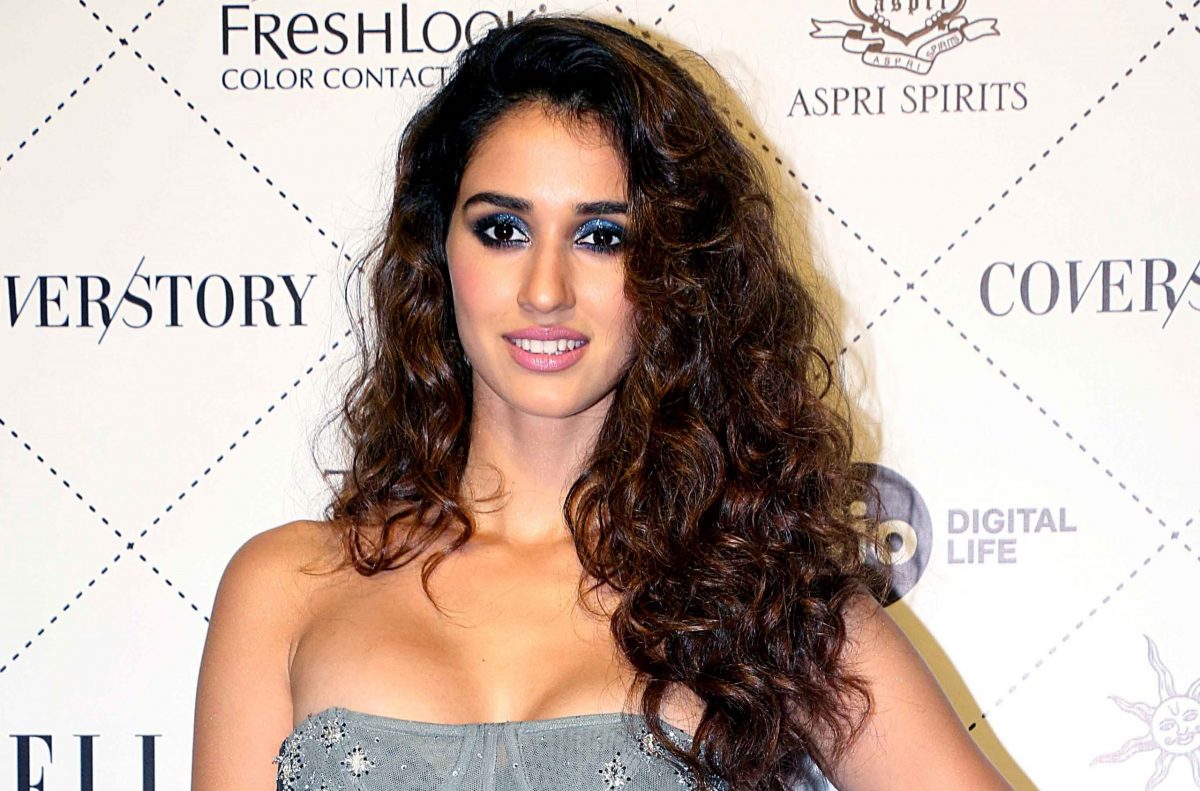 Disha Patani is a 29-year-old Indian actress. She works primarily in Hindi films but began her acting career with the Telugu film Loafer back in 2015. She debuted in Bollywood through the biopic movie “M.S. Dhoni: The Untold Story” in 2016. Disha Patani has also starred in a Chinese Action-Comedy movie, “Kung-Fu Yoga,” which was released in 2017. “Kung-Fu Yoga” is one of the highest-grossing Chinese films in the history of Chinese films. She also acted in Baaghi 2, Bharat, and Malang in 2018, 2019, and 2020 respectively. Disha Patani is also a big Fitness enthusiast. In addition to that, she is one of the most followed actresses on social media. She studied engineering at Amity University, Lucknow, and was majoring in Computer Science. Let’s see who is Disha Patani dating?

Disha Patani hails from Bareilly, Uttar Pradesh. She is a proud Rajput. She was born on 13th June 1992 to her parent Jagadish Singh Patani. While her father is in the police force, her mother is a health inspector. Disha has two siblings: Khushboo and Suryansh. The older sister is a Lieutenant in the Indian Army, and Suryansh is her younger brother. Instead of finding a career in engineering, Disha Patani turned towards Modelling. In Femina Miss India, Indore, 2013, she was the first runner-up and caught the eyes of many. Among these many were various film directors and ad makers. It is clear now that she is so famous, everyone would be eager to know one thing: Who is Disha Patani dating? 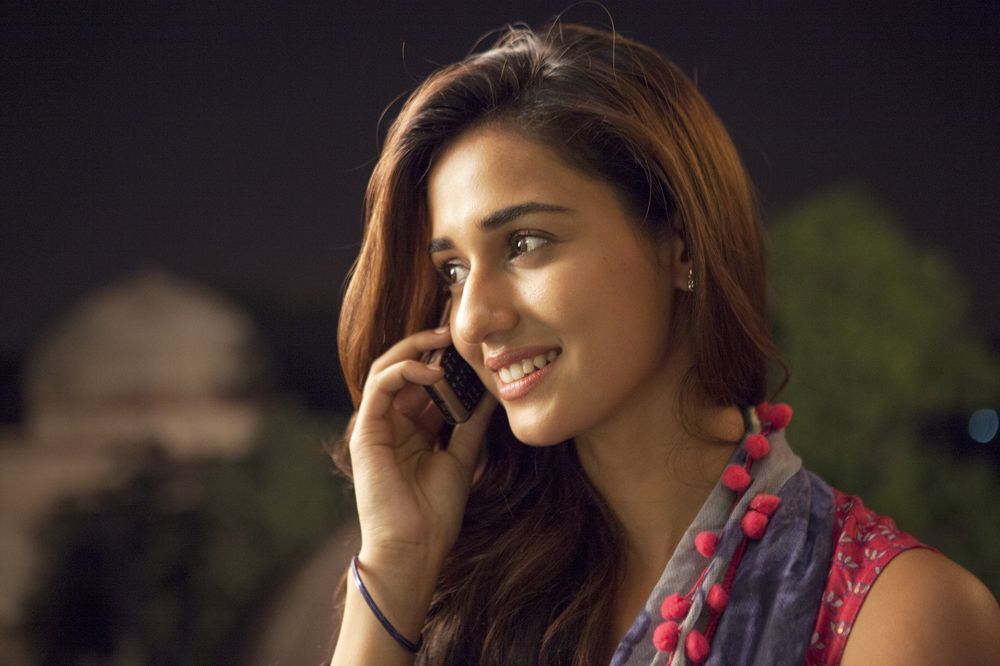 A Still from the Movie, M.S Dhoni: The Untold Story

Disha Patani: Career as an Actress

The Telugu film Loafer, starring Varun Tej, was Disha Patani’s debut into the world of the golden screen. In Loafer, Disha played the girl, Mouni, who escaped her home in order to avoid getting married to a person she didn’t even know. The movie was under CK entertainment and directed by Puri Jagannadh. It has an IMDb rating of 5.1 and didn’t perform well in the Box Office. It was made on a budget of 200 Million INR. After a year in 2016, Disha and Tiger Shroff, son of the legendary actor Jackie Shroff starred together in a music video, Befikra. The song was composed by Meet Bros and produced by T-Series.

Finding her Break in M.S. Dhoni: The Untold Story

Her real break into Bollywood was through the epic movie “M.S. Dhoni: The Untold Story” in 2016. It was based on the life of Mahendra Singh Dhoni, the captain of the Indian Cricket Team from 2007 to 2017 (2008-2014 in the case of Test Matches). The movie was a great hit. It starred the late actor Sushant Singh Rajput as Dhoni and Patani and Kiara Advani as his love interests. In the movie, although Disha’s role was limited (she died in a car accident), her beauty and acting skills were on display for everyone to see. The movie was a massive hit and had an IMDb rating of 7.9/10. The movie went on to make 29 million USD. Her performance was acclaimed by many critics. Patani has also starred with the legendary Jackie Chan in the movie Kung Fu Yoga.

Baaghi and After That:

Her next movie was the sequel to the 2016 hit movie, Baaghi. Baaghi 1 starred Shraddha Kapoor and Tiger Shroff while in Baaghi 2, Disha Patani replaced Kapoor. Although Baaghi 2 has an IMDb rating of just 4.8 it was a hit in India and grossed over 32.7 Million USD. In Bharat, we see her starring opposite another super-hit Bollywood actor, Salman Khan. The movie, Bharat, is based on a boy of the same name who tries to keep his family safe and together after the India-Pakistan partition in 1947 has torn them apart. 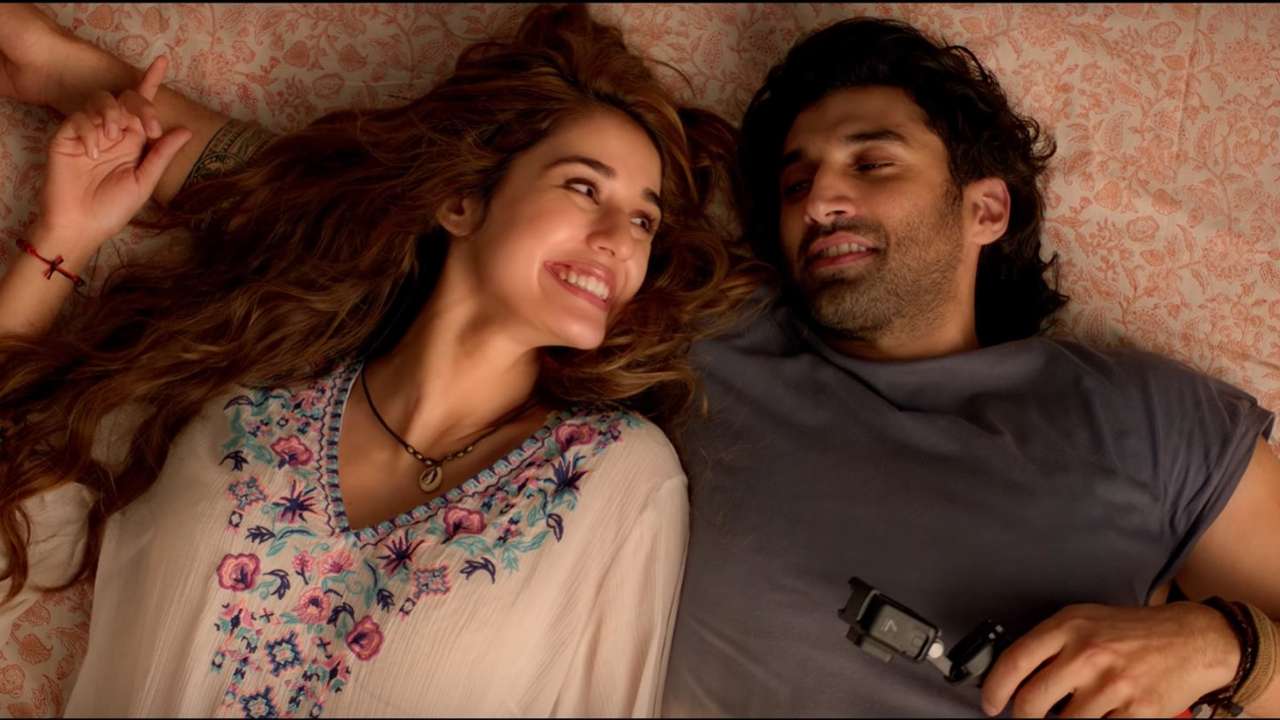 A Still From The Movie Malang

Malang is her 2020 release, in which she stars opposite Aditya Roy Kapur. She also starred in “Do You Love Me?” a song from Baaghi 3 starring Tiger Shroff and Shraddha Kapoor. She starred in Radhe which was released recently, acting opposite Salman Khan once more. She is also the leading lady in KTina, an Ekta Kapoor production. Currently, Patani is filming for Ek Villain Returns. Some of her fellow cast members include John Abraham, Arjun Kapoor, and Tara Sutaria. You can catch the song, “Do You Love Me,” below:

When the Black Lives Matter movement was aflame, it caught the whole world within it. People from all countries around the world were showing solidarity with the movement. Disha Patani too, was one amongst them, despite starring in many ads which advocated the use of fairness creams and skin-lightening products. She was called out for the same. 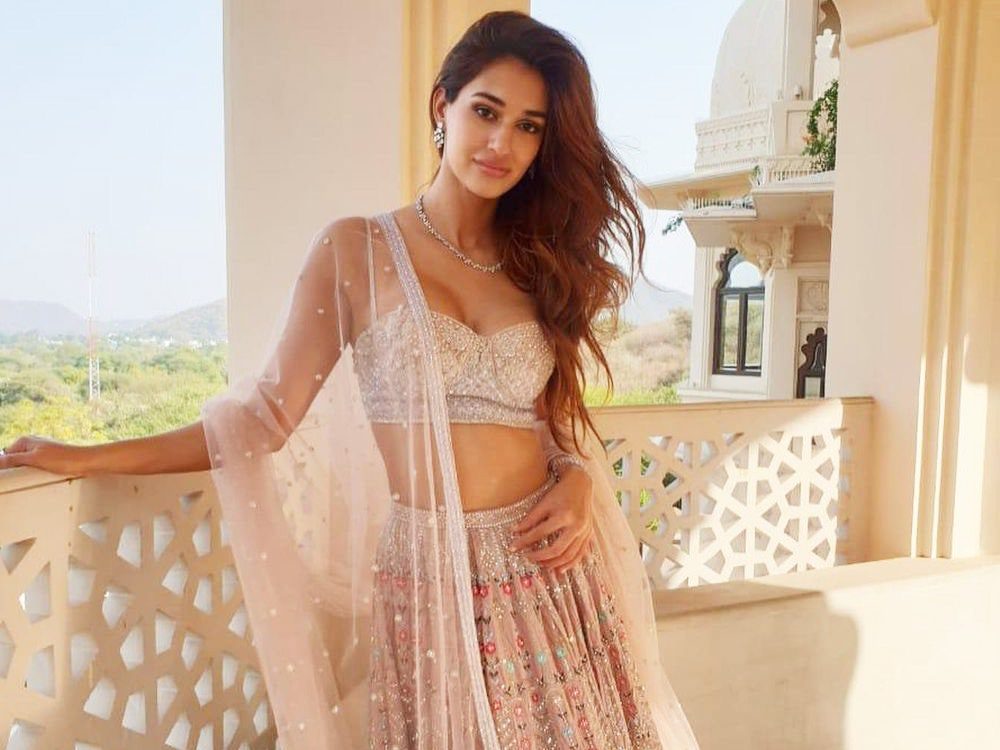 Also Read: Who is Kylie Prew Girlfriend, Who is She Dating?

Who is Disha Patani Dating?

Tiger Shroff has been rumored to be the person Disha Patani has been dating for years. But the two actors have themselves never made it official. There are many indications, of course, and slip-ups from other stars. However, the two parties themselves have never revealed such a thing, so for all means and purposes, we can only say that Disha Patani is rumored to be dating Tiger. Recently, Tiger Shroff’s mother, Ayesha Shroff, took to Instagram and wished Disha Patani an adorable birthday wish. The post was also commented upon by Tiger’s sister, Krishna, and Disha thanked Ayesha for her blessings. This, of course, added fuel to the flame of the rumors once again. You can see the post for yourself here. 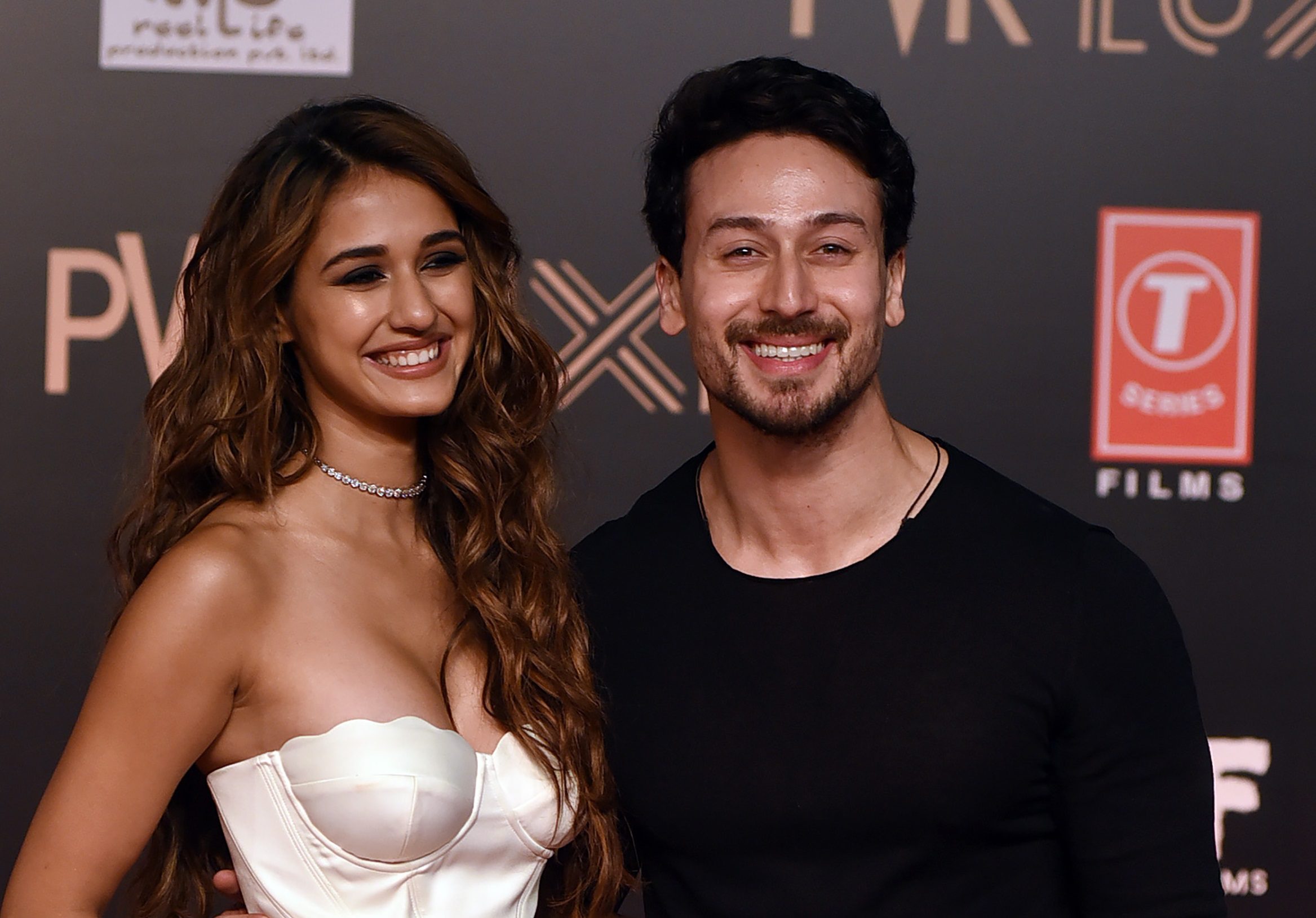 Back in January 2021, everyone thought Anil Kapoor mistakenly settled the fact that the duo is indeed dating. In the Kapil Sharma Show, a comedy-interviewing sort of show, Anil Kapoor made a statement. When asked by the host, Kapil, about which actor’s diet he would steal, Anil’s answer was Tiger Shroff. He also added that he has stolen “His Girl’s diet.” One can only assume he was referring to Disha Patani, as they worked in Malang together.

Coming back to recent times, on Disha’s birthday, Tiger took to Instagram and posted an unseen video of them dancing together! They have also been on many trips together, and let’s not forget that one time they violated COVID restrictions, and Mumbai Police called them out in the funniest way possible! But they have never confirmed it, and hence, all we know is that they are “very close friends.” Well, whether Tiger Shroff and Disha Patani are dating or not, we wish them all happiness! 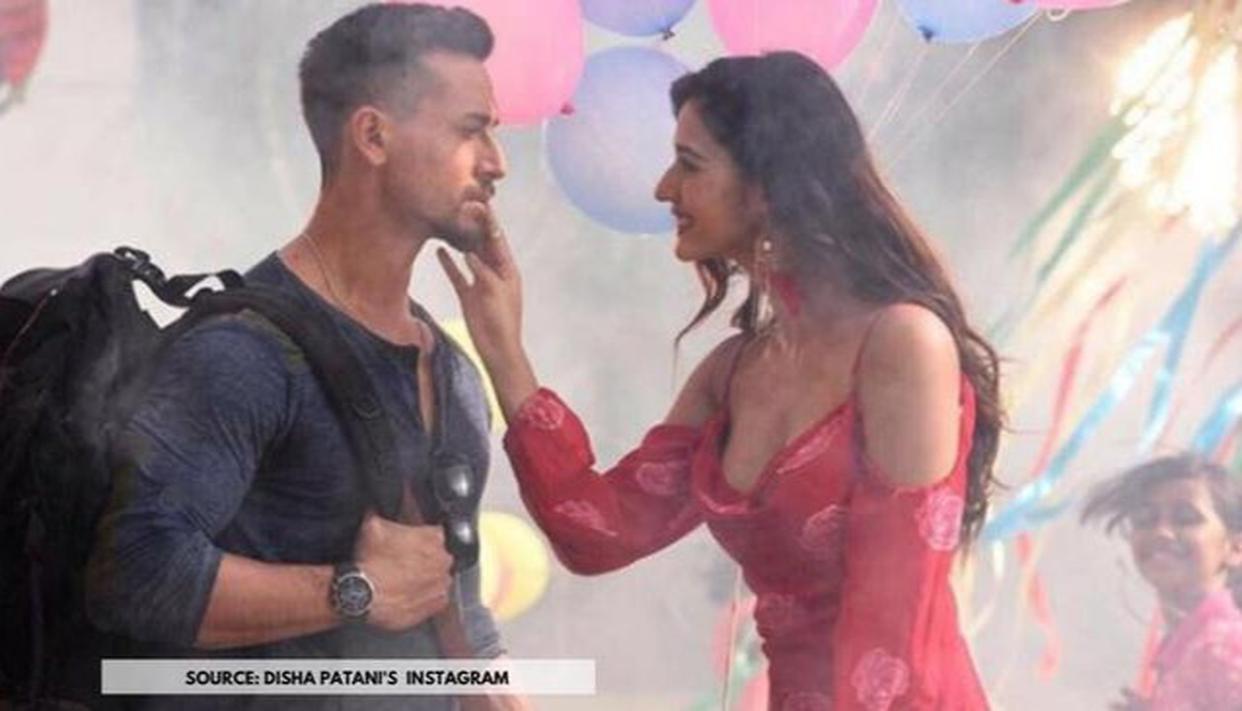