After watching the intriguing ending, viewers are eager to know about Dr. Brain Season 2! How can they not when after witnessing Dr. Myung at the end of season 1? Finally, the Apple TV origin ‘Dr. Brain’ has concluded where Se Won saves his son. However, he had to pay a huge price for that. It is heartbreaking to watch two parents going different routes to save their son from vanishing his existence. The way it started, no one knew it would end on such a sentimental and open closing. It is all thanks to Director Kim, who wanted to conclude the kdrama on an intriguing note!

The South Korean series ‘Dr. Brain’ is the first Apple TV original and is based on the webtoon of the same title by Writer Hong. This sci-fi thrill takes you on a crazy ride, introducing a new parallel universe inside one’s brain. Besides the mesmerizing plotline, the cast, including Lee Sun Kyun, Lee Yoo Young, Park Hee Soon, and Seo Ji Hye, has brought distinct charms to the kdrama. The Brain Sync has introduced a whole world to the viewers. However, the series has left many questions, wondering viewers with the possibility of another sci-fi, thrilling ride in Dr. Brain Season 2!

Will It Possible To Have Dr. Brain 2?

Finally, the Apple TV original thriller sci-fi has come to an end! However, Dr. Brain ending has made viewers curious about the possibility of season 2. In a recent interview, Lee Sun Kyun talked about the series ending and the next installment. He expressed that he did not expect the series would end on such a sentiment point, as the line between the reality and mind world would get blurred. However, it has left enough room to grow a new storyline. He shared that the cast and production team had talked about the possibility of Season 2. However, nothing is set in stone yet.

The Parasite star further expressed that he is looking forward to Dr. Brain season 2 if they make it. There are various routes they can adapt to in the next installment. Like season 1 was about Se Won’s family and the people around him, the second season has scope to maneuver and expand the world through one’s brain cells. Lee Sun Kyun even joked that hopefully, in Dr. Brain 2, they use a simple brain hamlet so he can act more freely. Overall, the actor is looking forward to the possibility of the second season of Dr. Brain.

Moving on to Director Kim’s statement. Director Kim expressed that he had not expected the series would end this way. He wanted to give a touch of drama and leave the story on an intriguing note! However, for the time being, Director Kim does not have any plan for Dr. Brain 2. Nevertheless, the ending has left unanswered questions and enough space to create a new storyline for the next installment. The viewers will have to wait for further updates.

The final scene of Dr. Myung on the wheelchair already had me sus. Though, I thought he would be just be an ‘empty shell’ since he transferred to Doyoon, unsuccessfuly. BUT WHAT DOES THIS MEAN?!?! This final shot makes me hopeful for season 2 LIKE WHAT? #DrBrain #DrBrainEp6 pic.twitter.com/fwlh0G9tLf

Unfortunately, Dr. Brain Season 2 released data is not out yet. The director’s views on the next part are not decided. Therefore, fans will have to until the production team makes an official announcement about the second season. It may take some time. After all, season 1 was executed very well, delivering all elements flawlessly. Usually, kdrama writers and directors take a gap of one or two years before creating the next installment. Therefore, Dr. Brain 2 may release around the second half of 2023 at the earliest.

Dr. Brain season 1 was premiered on 4 November 2021 and concluded on 10 December 2021 with 6 episodes. Season one is a mini-series revolving around Se Won and his son’s kidnapping case. The tale also has introduced a scientifically impossible technology, Brain Sync. Brain Sync has captivated viewers with its unique brain technology concept. But there is so much to it, creating a possibility for Brain Brain 2.

Drama – #DrBrain
A very good thriller drama…felt sad that it was only 6 episodes..but so good .how a doctor is successful in exchanging memories the plot revolves around that..loved it.. cinematography is superb n the casts done so good..watch it pic.twitter.com/wrYvCXTBvu

Streaming Details- Will Season Two Be Available On Netflix Or Apple TV?

Dr. Brain is the first Korean series streaming on the Apple TV platform. Therefore, there are high chances that Dr. Brain Season 2 will be available on the same streaming channel. If so, the sci-fi tale may not be available on Netflix due to the exclusive distribution rights. However, the final decision will know once the series’ next installment is announced. Meanwhile, South Korean as well as international viewers can watch Dr. Brain Season 1 on Apple TV. All 6 episodes are available with English Subtitles. All you have to do is buy their subscription plan if you don’t have one. It may differ according to different countries. And then you are all set to watch this crazy, thrilling sci-fi ride of Dr. Brain!

Since the official statement has not been passed, it is difficult to predict what could be in the storyline of Dr. Brain season 2. It can be anything. If it is a sequel, the second season will explain Dr. Myung’s appearance at the end of season 1. The finale of season one has left enough room for a new plotline. Se Won and his team can further research Brain Sync.

After all, the previous Brain Syncs have shown various side effects like hallucination, transmit habits, preference, and even seeing a separate person like a ghost! The ending and even ‘Brain Sync’ have many different routes to execute a new story. Hopefully, the second season will bring a new concept of Brain Sync, introducing a parallel universe inside one’s brain. It will be intriguing to watch a different side of science, making each part of the kdrama fill with sci-fi thrill!

Since there are higher chances the upcoming season will be a sequel, viewers will get to meet many familiar faces. Dr. Brain Season 2 will cast Lee Sun Kyun as Koh Se Won. The drama will also reveal teen Do Yoon if there is a time gap. Also, there will be a team of researchers, including Lee Jae Won (Hong Nam Il), Cha Hee (Dr. Hahn), and many new characters. 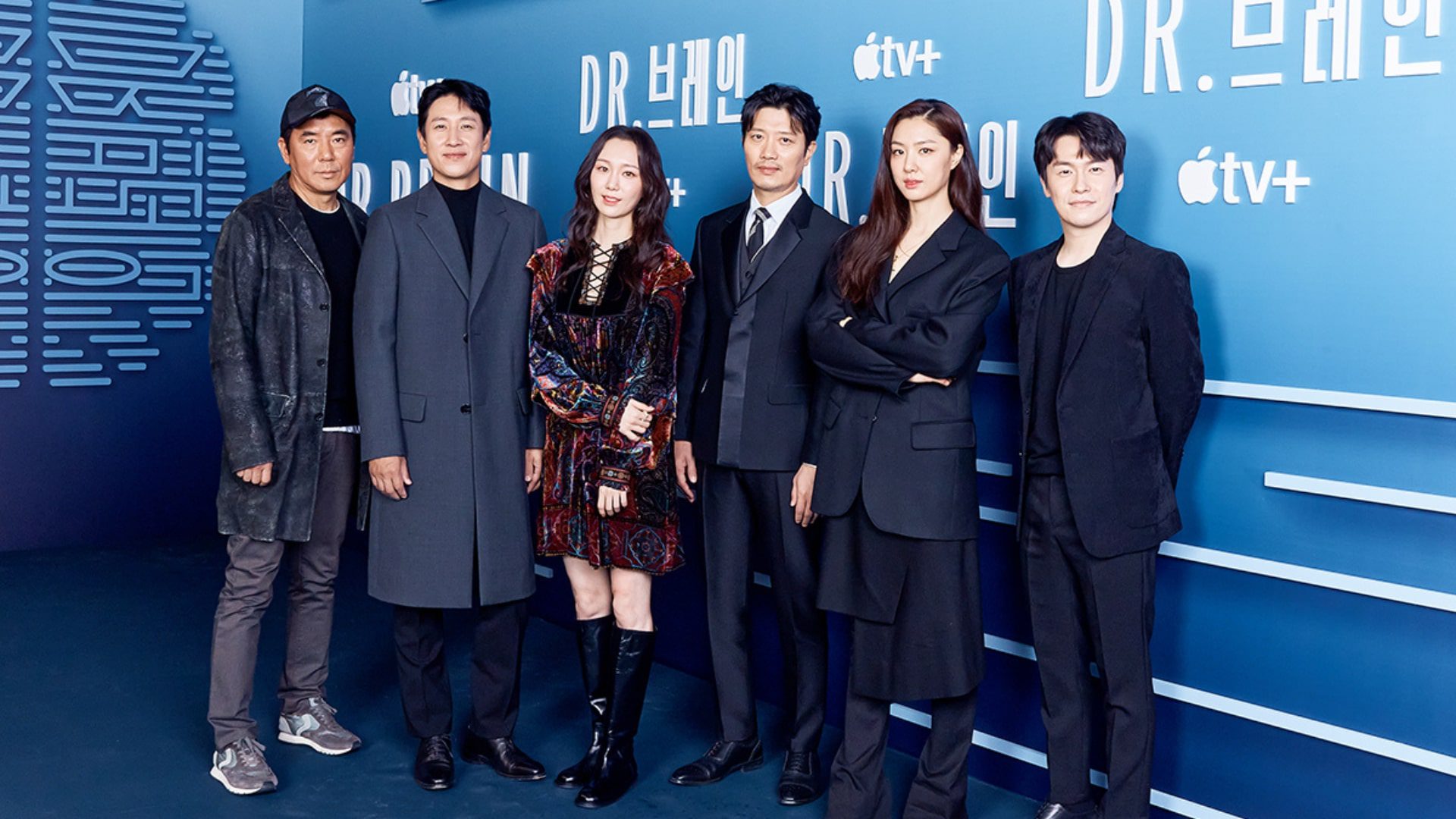 What Happened In Dr. Brain Season 1?

Season 1 of Dr. Brain revolves around the brain scientist, Koh Se Won. Se Won has been researching Brain Sync, a new technology that can transmit one’s memories, thought to another person. However, he fails countless times. Meanwhile, in a fire blast, Se Won loses his son Do Yoon, and in the depression of losing his son, his wife, Jae Yi, commits suicide. Although he saves her, Jae Yi ends up in a coma state. Unlike the other people, Se Won’s brain structure is different. But it comes with the drawback that he could not express emotions.

Eventually, his Brain Sync succeeds, but only if one person is dead. He decides to be a research subject to acquire data and Brain Syncs with the dead body of Lee Kang Mu. Little by little, side effects begin to show, such as Se Won hallucinates and even the dead person’s memories, habits, preferences all transfer to him. Furthermore, he uncovers the truth behind his son’s death, whose death out to be a hoax. He discovers his wife Jae Yi’s suicide truth which is also revealed as an attempted murder case and it is all done by none other than Dr. Myung, who raised him after his mother’s death.

The Drama Ends On An Intriguing Note With Dr. Myung’s Appearing Before Se Won

Dr. Myung wants to Brain Sync with Do Yoon to become mentally immortal, imprinting his memories in Do Yoon’s mind and eliminating Do Yoon’s existence. Thankfully, Se Won with Hong Nam Il and Choi Ji Un’s help save his son by doing a three-way Brain Sync. The three-way Brain Sync blocks the brain wave transmission between Dr. Myung and Do Yoon. However, it seems it has side effects as well. Because at the end of Dr. Brain, Se Won sees Dr. Myung, who is already dead!

Did Dr. Myung’s memories transfer to Se Won? Was there a mismatch during the three-way Brain Sync? What will happen to Do Yoon? Will Do Yoon also see Dr. Myung? Many questions but no answer! While waiting for the latest update, you can watch ‘Dr. Brain’ on Apple TV+.