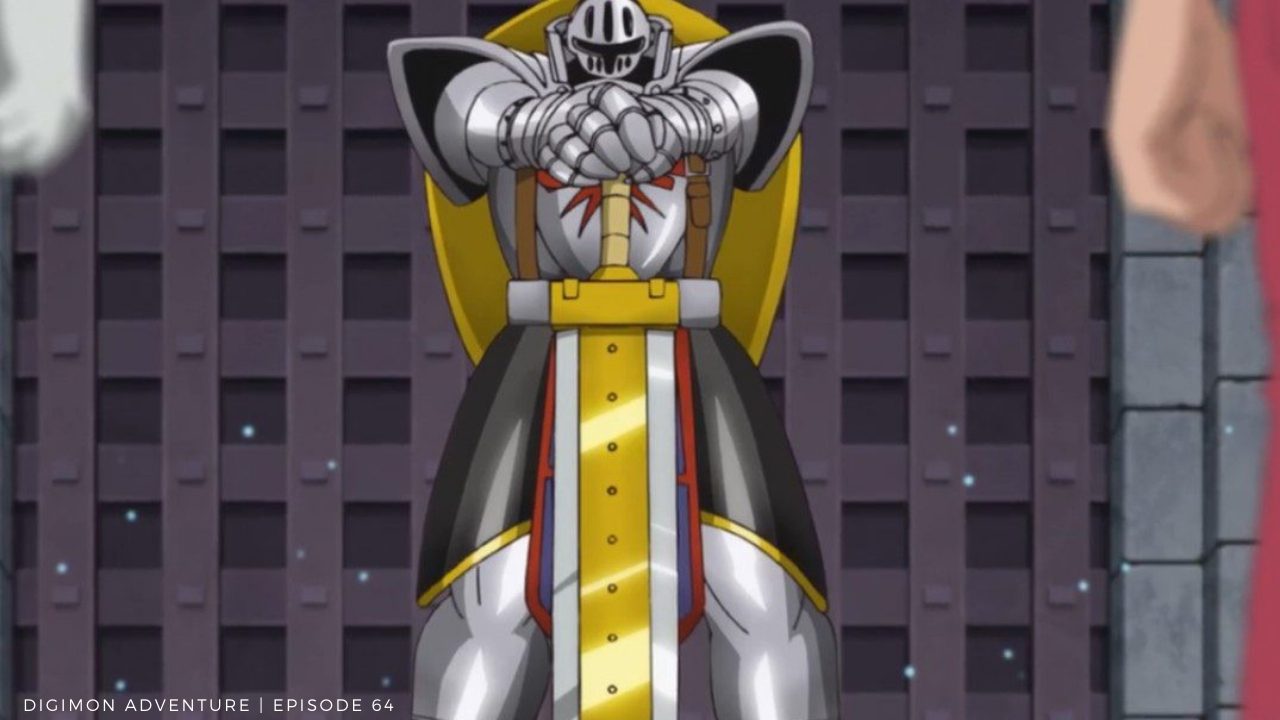 A mysterious flying Digimon spots the trio and records everything. The episode title is the ”Crest of Courage.” Taichi wonders why there is a castle in the middle of the forest. Agumon comments that it is too big. Knighton is guarding the entrance, but he is not moving. Taichi talked, and Knighton begins to move and opens the path for the Chosen Ones. They enter the building, and Agumon said it is dark. Taichi looks at his Digivice and notices that the arrow is still pointing at this building.

Taichi asks Knightmon if it is okay they enter. Knighton didn’t respond, and they move forward. A speck of dark dust enters the building, and Knighton falls on his knees. Agumon wonders if no one loives here. Simon wonders who own something big like this. They follow that flying Digimon and enters a room that has light. The voice begins to talk about the Chosen Ones. Taichi is surprised to see Sora, Piyomon, and Agumon, but he tries to call their names.

Taichi heard that voice calling the Chosen Ones and wonders who is there. The flying Digimon stood on top of something, and Taichi wonders what is happening. Taichi asks the flying Digimon standing on a light that looks like an Angel if she is the master of the castle. The mysterious Angel replies that it is an empty castle with no master. She adds that before manny warrior who protected the order of the Digital World used to gather here, they set out to battle to stop uncontrollable darkness. Taichi realizes that the Angel is talking about the Ancient War. The Angel reveals that she was part of that war, and she perished during that war. 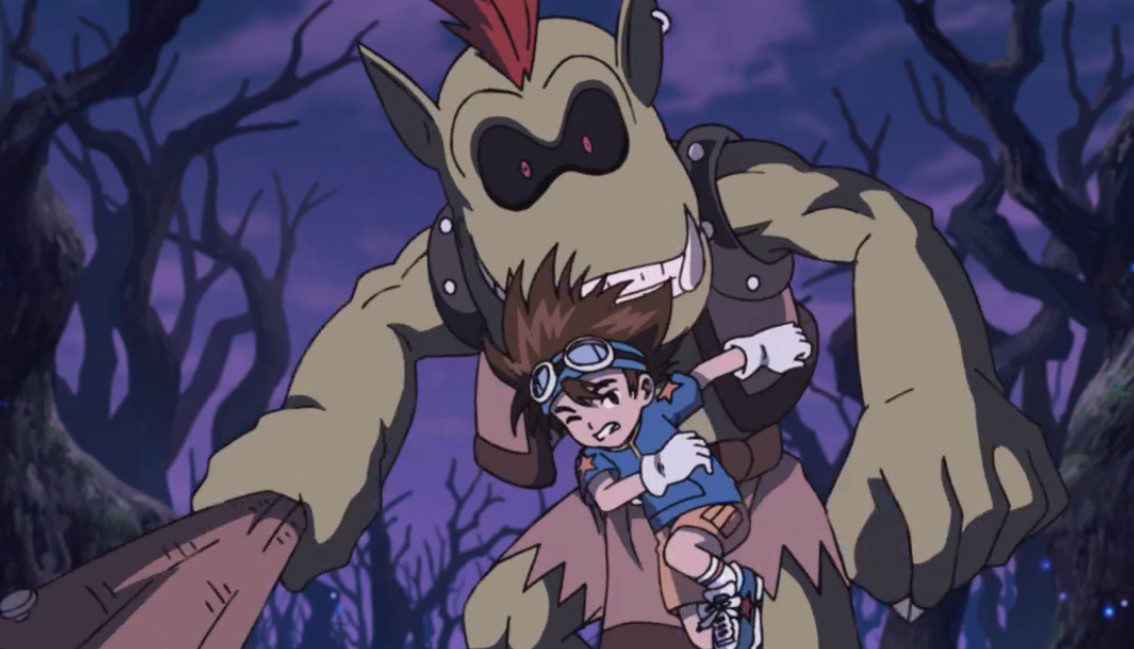 The Angel adds that it is her fate to watch over and record warrior’s lives, and she has relocated her soul into a makeshift body to remain within this world. Taichi says they have reached this place looking for a clue to stop the Great Catastrophe and asks the Angel if she knows something. The Angel replies that it is ”The Great Power” and a gigantic lightning blade stabs Taichi’s chest. The Angels add that Taichi must prove himself and show them his true colors. That is where their answers lie. After getting stabbed, Taichi got teleported to a dark forest and began to look for clues calling out his friends’ names.

But he saw a gigantic green monster chasing a black cat using a knob to beat it. Taichi managed to protect that cat and take it away from the beat. The beast searched the whole day for the two, but they are hiding inside the cave. Later he spots that flying Digimon and begins to follows it. Taichi protected Botamon and uses Greymon’s powers to protect the new world. Botamon turns into light and sends Taichi back to the castle.  The Angel reveals that the key to activating the Great Power is the heart.

Where To Watch Digimon Adventure Episode 64