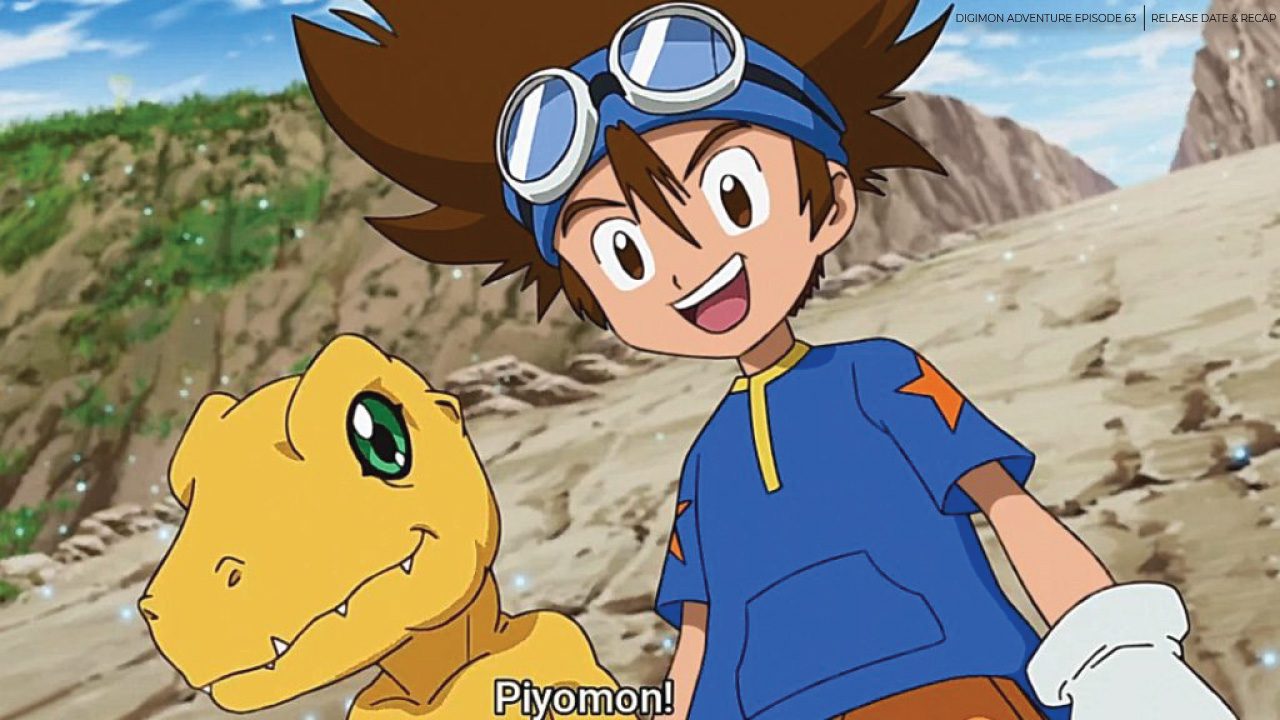 Digimon Adventure Episode 63 will release soon; after conquering their enemies, Taichi and Agumon traveled, and Agumon complains that they are too far to reach. The two realize that they have traveled a long way, and they are hungry. They arrived at the farm where the Dimgions re cultivating the crops. Taichi and Agumon saw Sora and Piyomon and decided to join them. They enjoy eating fruits from the farm. The farmer comments that the fruits are gifts from the land. Sora reveals that Neamon comes from the Cloud Continent, and Taichi remarks that he was surprised there were so many familiar faces gathered here.

The farmer adds that he has transferred here temporarily upon Neamon’s request. One of the Digimons in the crowd comments that they have practice hard since the last time they met, and they can fly more now. They thank Sora since she has been helpful ever since they met her. Taichi asks them why they thought of growing crops here. Neamon replies that according to the legend, long ago, a very benevolent Digimon protected these lands here. They choose this land to receive a share of that power.

The world that has been in danger for many years has found its peace. By joining hands with all the Digimons they have met, they thought of reviving the wastelands, and eventually, they’d like to make this a town where everyone can settle in peace. Sora explains how they ended here and how they decided to reunite everyone. The Digivices is still pointing at the land they chose to settle for now. Sora adds that the Chosen Ones are not here to fight only but to help the needy. Taichi said Sora is right, and they are here to help, too.

The farmer tasked them with removing the giant tree stump stuck in the middle of the land. If they succeed in moving the tree, they could expand their village, and Taichi is glad that the tree moved. They used all of their strength and managed to bring the giant tree down. Agumon saw a flashlight and wonder what it is. Taichi looked at that, and the enormous red light emerged from the ground where the giant tree moved. The light causes a massive explosion; after the dust clears, Sora asks what that was. 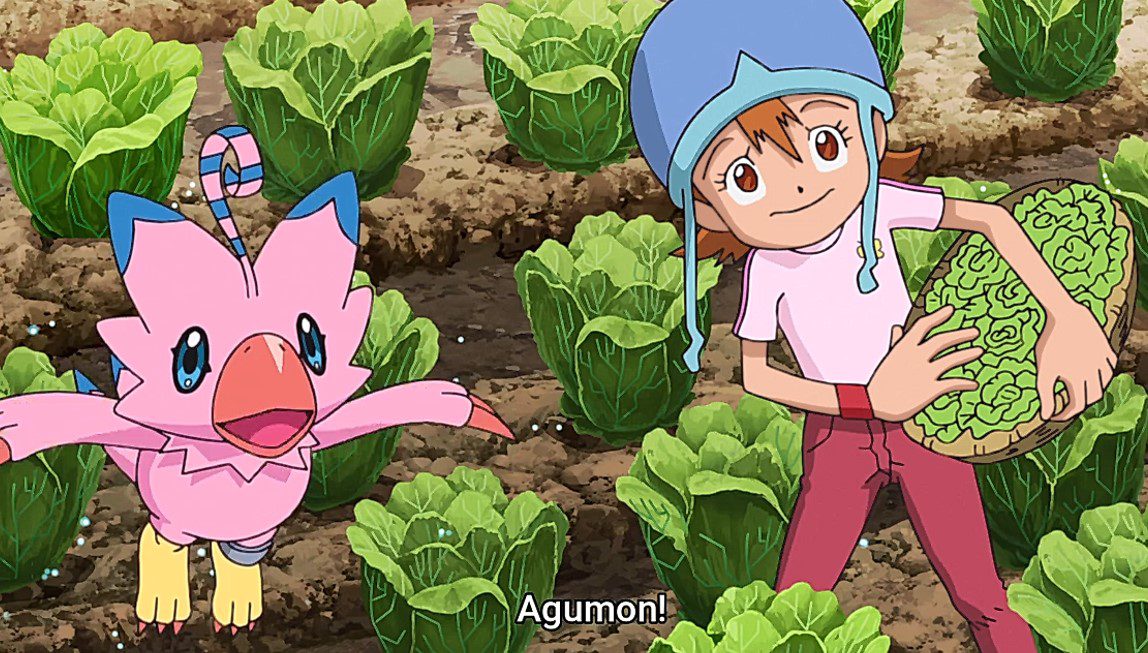 The ground begins to shake, the rocks erupt, and a mysterious gigantic Digimon appears. The Digimon is Shakkoumon, and Neamon comments that this is the benevolent Digimon who protects this land. But Shokkoumon begins rampaging, and the farmer wonders if this is the Legendary Digimon. The farmers noticed that Shokkoumon is destroying their lovely village and crops. Taichi sees that Shoukkoumon is fighting something, and Birdramon notices that the town will get destroyed.

The Chosen Ones decided to stop the rampaging. Greymon entered Super Evolution and turns into Metalgreymon; Birdramon enters Super Evolution and turns into Garudamon. The duo told Shokkoumon to stop the destruction as they exchange blows. Taichi notice that Shokkoumon is ignoring them and continues to unleash the laser beam from his eyes. The two touched Shokkoumon’s chest, and a blue light appears, but it vanishes. Sora wonders what was the blue light and Shokkoumon attacks them with flying discs.

Metalgreymon uses Trident Arm against Shokkoumon, and Garudom uses Shadow Wing. Shokkoumon stopped the attacks and stood like a statue. Sora and the others find the truth behind Shokkoumon and why the land got sealed. They find a mini Shokkoumon and help Shokkomon to stop rampaging. Sora reveals how Shokkoumon thinks that they were in that past battle protecting the land. Sora and Taichi decided to leave; they have restored peace, and Shokkoumon will defend the land.

Where To Watch Digimon Adventure Episode 63?