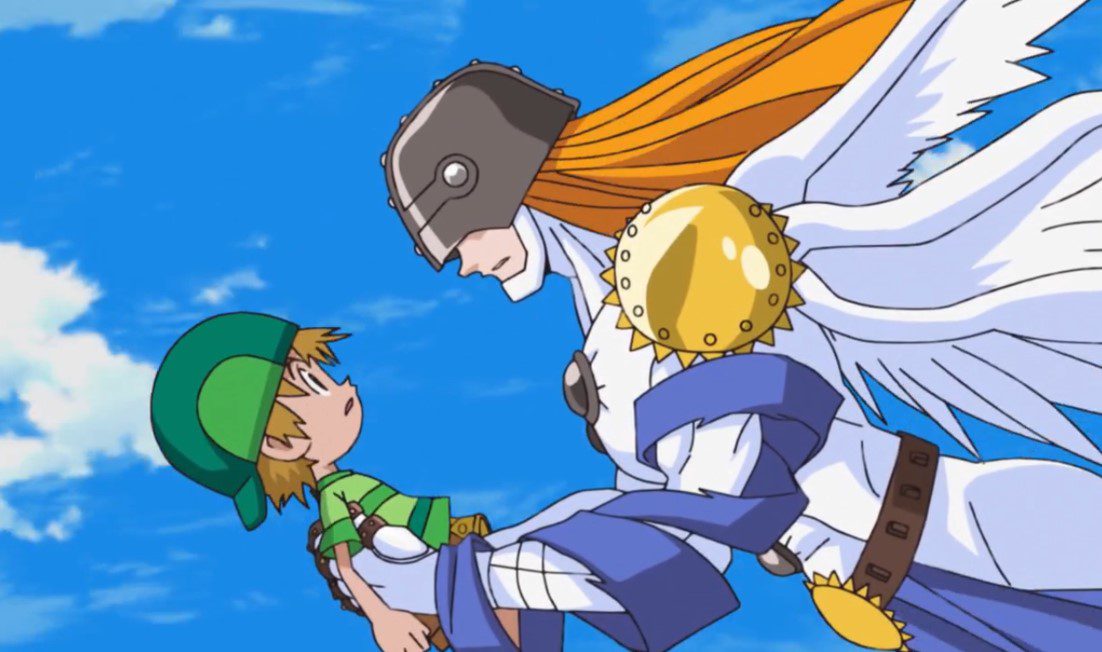 Digimon Adventure Episode 62 will release soon. After traveling a long journey conquering enemy, Taichi and Agumon arrive at the mountains and saw a gigantic castle Digimon. Taichi realizes that it is Eldoradimon and the wonders where Eldoradimon is going. They managed to catch up and notice that Leomon is near Eldoradimon. Takeru is trying to help Eldoradimon climb the hill, but Eldoradimon keeps on slipping. Leomon, Taichi, and Agumon decided to help Takeru. Takeru reveals that he left on the journey to follow the Digivices arrow. But the others have remained in the forest. Patamon adds that they encountered Eldoradimon and decided to help him.

Leomon comments that Eldoradimon decided to start climbing the mountain, but because of the steep slope, Eldoradimon has gotten stuck. The episode title is ”A Place to Return To.” Taichi wonders if Edoradimon is trying to head to the other side. Leomon replies that Eldoradimon was originally living quietly on Cloud Continent, and he wants to return there. Cloud Continent is Eldoradimon’s home, and he can’t make it there, but he never quits climbing. Takeru said that they couldn’t leave Eldoradimon as this, and Komondomon arrives with the others.

Taichi notices other Digimon that lost their homes due to the destruction by Millenniumon. Leomon realizes that Milleniumon’s destruction affected many lives of Digimons, and they can return home. Taichi notice that they are sad, but Lopmon is searching for a new place to live. But the pain of losing their homes won’t heal that easily. One of the Digimons told Tachi to give up since they can’t return. Karatukimemon asks them how long they will keep on trying without going anywhere.

Leomon reminds Taichi that the Digimons are stopping them since it is dangerous and they might get hurt. But Takeru and Patamon seem determined to help Eldoramon no matter what. Takeru told Patamon to try one more time. Taichi and Agumon decided not to give up, and Leomon spot Gravimon. Leomon confronts Gravimon asking him to help them with his powers. The team begins to work together, assisting Eldarodimon to climb the hill, and Agumon uses Maga Flame to assist. Leomon uses Jyuoken: Shin Jyoken, and the boys keep on pushing Eldoradimon. 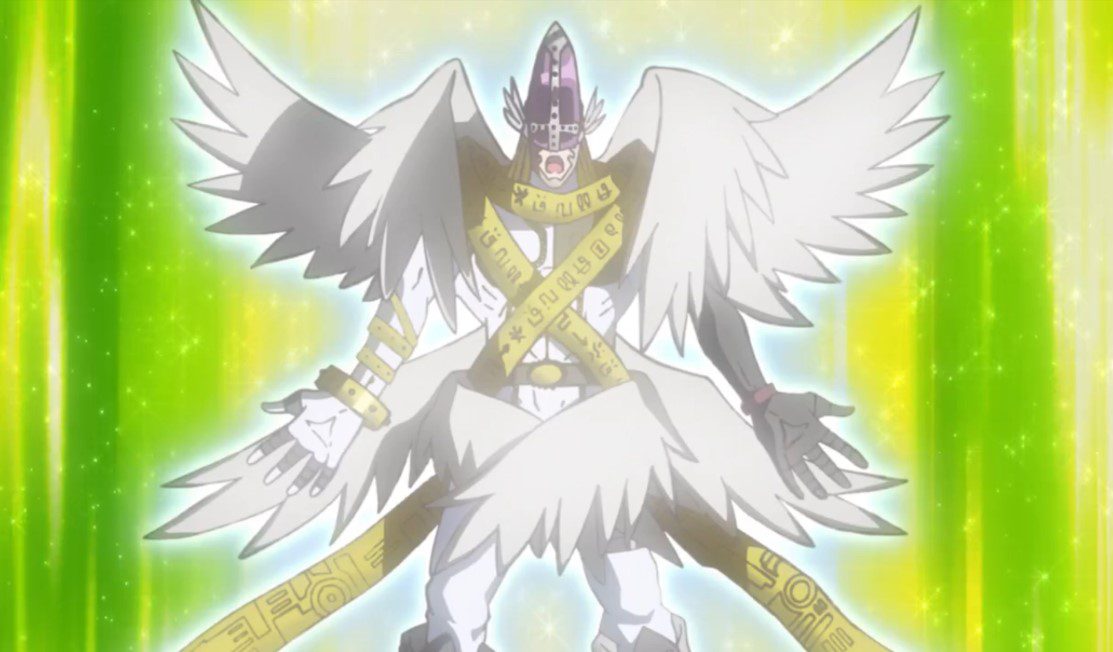 Eldoradimon begins to move, but Leomon thinks he didn’t train enough to speed up the process. Patamon enters evolution and evolves into Angemon, and Greymon enters Super Evolution and evolves into Metalgreymon. Metalgremon unleashes a rope and ties it with Eldoradimon, and begins to pull him upwards. They both begin to push Eldoradimon, but he slipped back, and they wonder what is happening. Takeru advises others to be careful with the ground and continue. Gravimon notices that the Chosen Ones are not giving up and wonders if he should use his gravity powers to help.

The other Digimons who was watching decided to help and give more pushing force. The Digimons realize that this is the only way to return home. Gravimon realizes that there is no place better than home and decided to help them. Takeru told Gravimon that he also has a place that he wants to return to like the rest of the Digimons. Angemon evolves into Holy Angemon to speed up the process, and flying wings emerge on Eldoradimon’s back. Edoradimon made it to Cloud Continent.

Where To Watch Digimon Adventure Episode 62?

Also Read: Spoilers: My Next-Life As A Villainess: All Routes-Lead To Doom! X Episode 8.