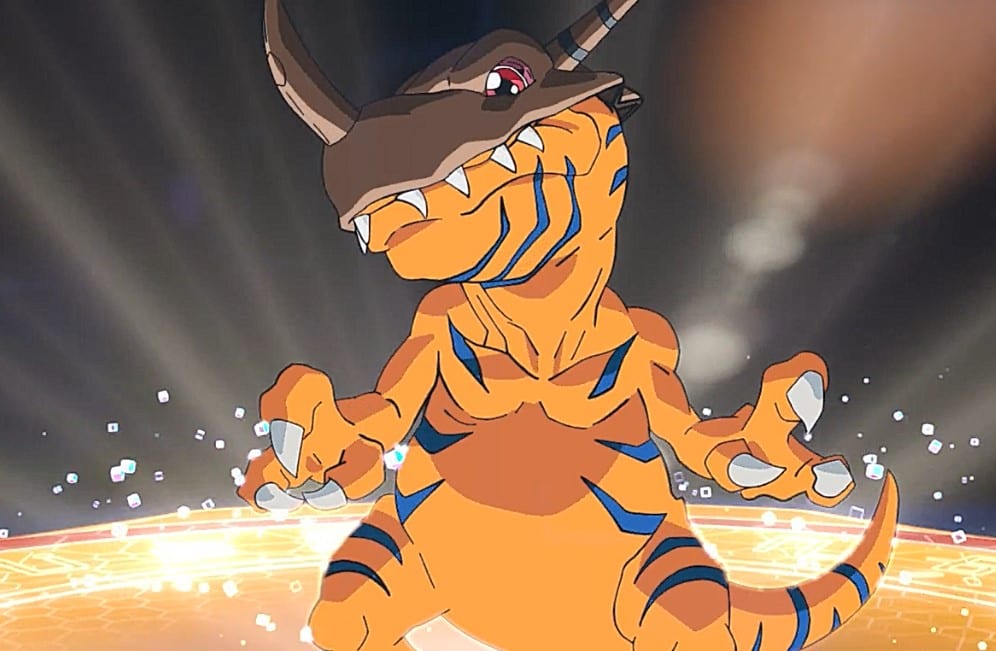 Today we’ll be talking about Digimon Adventure Episode 48. Taichi Yagami and the Chosen Ones have recently arrived in the Digital World from the human world. They started fighting with Evil Digimons to save humanity and the world from destruction. Their Digimon Adventure begins in the Digital World. Taichi met with his dependable partner Digimon, Agumon, and make friends. The Chosen Ones are on a journey to save the world together. A long time ago, a war broke out between light and darkness in the Digital World. The bringer of destruction and darkness Millenniumon born from that war.

After many years of disappearance, Millenniumon is about to return to the world again. To prevent Millenniumon from returning, the Chosen Ones must find the Digimons reviving Millenniumon at the Sealed Grounds, FAGA. Earlier, the Chosen Ones got attacked by Sephirothmon. He swallowed Taichi, Yamato, Takeru, and their partnered Digimon. They got trapped inside Sephirothmon and got dominated by attacks from different Digimon data. Devimon appears, and Angemon super-evolved into Holyangemon.

The episode is title  The Villains of The Wastelands. Holyangemon unleashes a powerful beam and opens the bath to the world while destroying Devimon. The Chosen Ones reunited that night during their journey Joe and Gomamon went missing. Taichi and Agumon head out to look for them. The two heard someone screaming and rushes to the scene. When they arrived, they saw a faucet. Taichi wonders where Joe is and why the faucet is here. They heard a mysterious voice claiming that Joe has been taken away.

From the darkness to light appears a man with a crow on his soldier. But the guy is not a real man; he is a statue that shooshes birds from the farm. The crow comments that it is another Digimon and a human. He asks if the two are friends of the wimpy human and that small white one. Taichi replies that those two are his friends and ask if they saw Joe and Gamamon. He asks which way did the two get taken away.  The guy and crow crossed their hands and said it is both ways. Taichi wonders what this guy is saying.

The crow told them not to mind, and the wimpy guy got taken in the right direction. The white one got taken in the left direction. He concludes that they were taken away separately. Tachi thangs the guy and the crow, he told Agumoin to rescue Gamamon, and he will rescue Joe. He said they would meet at the hill after saving Joe and Gamamon. When they are about to leave, the crow asks Taichi if he knows how to track Joe like Agumon using his nose. Taichi denies it and said he has to go that way. 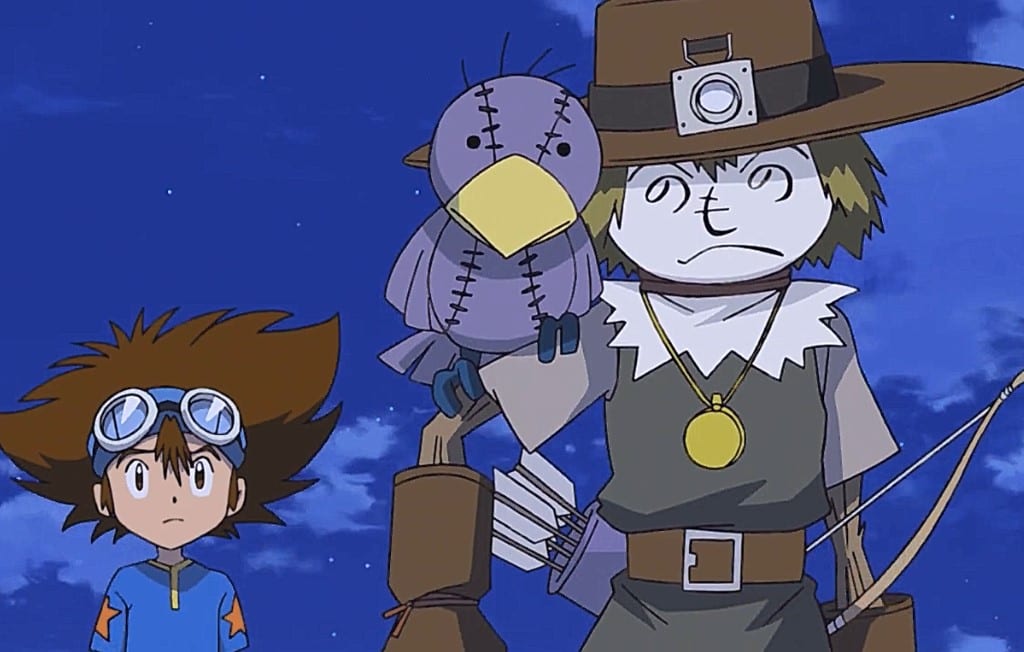 Nohemon the Guardian of Water

Crow asks Tachi what he is trying to do since he can’t breathe fire and has no weapon. Taichi replies that he will think of something. The crow and the guy decided that he will guide Taichi. They both head to rescue Joes while Agumon heads to rescue Agumon. The guy and crow keep calling Taichi ”kid.” Taichi replies that he is not ”kid”; he is Taichi Yamagami. The guy can’t talk about he made gestures that the crow translates to Taichi. He reveals that he is Nohemon, the guardian of water.

If two people appear, they share them, and each villain group takes one person. Later Agumon battles with Tyramon, who is Gaoddmo’s sworn brother, and escapes with Gamamon.  Meanwhile, Taichi battle with Gassmon and rescue Joe. They manage to defeat the villains and put them to sleep. The guardian of the water makes peace and claims his territory.