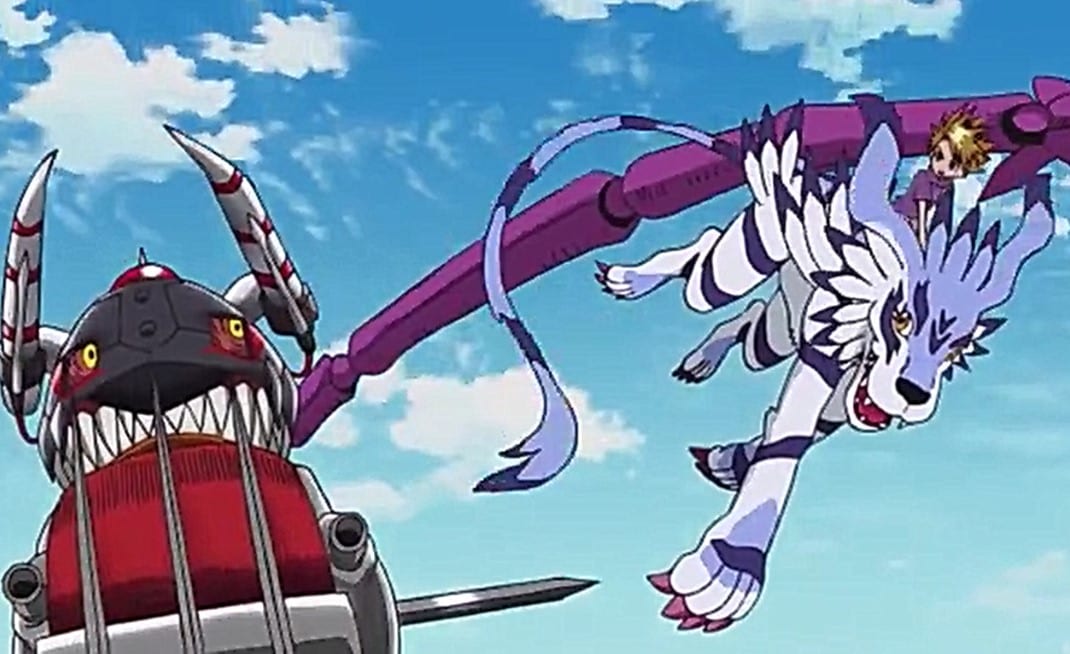 The journey of the Taichi and the Chosen Ones continues with their journey along with their partnered Digimon. The tough battles help on the Eternal Continent, where Yamato and Gabumon showed signs of new power, and that form is about to be revealed. Meanwhile, Machmon is racing alone, and Taichi arrives at the scene with the Chosen Ones. Taichi asks what this place is, and Gabumon felt a strange power. Izzy notices that it is Machmon and the place looks like it is a racing circuit.

Garurumon asks Machamon to race them, and Machmon comments that he can’t do it. He reveals that no one has ever out-race him, and he is afraid that they might lose. Racing with people who will lose is a waste of time, and he begins his practice. Garurumon decided to challenge him even though he is practicing. Garurumon comments that they will see who will lose. Izzy and the other watches, and Izzy reveals that this racing circuit is approximately 2,500 meters long with three large banked turns.

Izzy’s partner Digmon asks him what is banked turns, and he reveals that it is the turns where the trace is sloped so that the outer side is taller. Garurumon continues to race with Machmon. But Machmon thinks that he is training, and Izzy explains everything about the race to his Digimon. Garurumon manages to level with Machmon, who got furious. Machomon realizes that no one has ever leveled up with him in a race. Yamato told Garurumon to keep it like this. Garurumon comments that they will take the lead this way.

Machmon unleashed a blade and attacks Garurumo, who jumps away. Yamato wonders why Machmon is attacking them since this is a race. Machmon fires laser beams that Garurumon dodge by sliding sideways. Izzy reports to the Chosen Ones that Machmon is attacking Garurumon. Tailmon comments that she knew it, and this has become Digital World Grand Prix Circuit. Hikaru asks Tailmon about it, and Tailmon reveals that the Digital World Grand Prix origin is not clear. 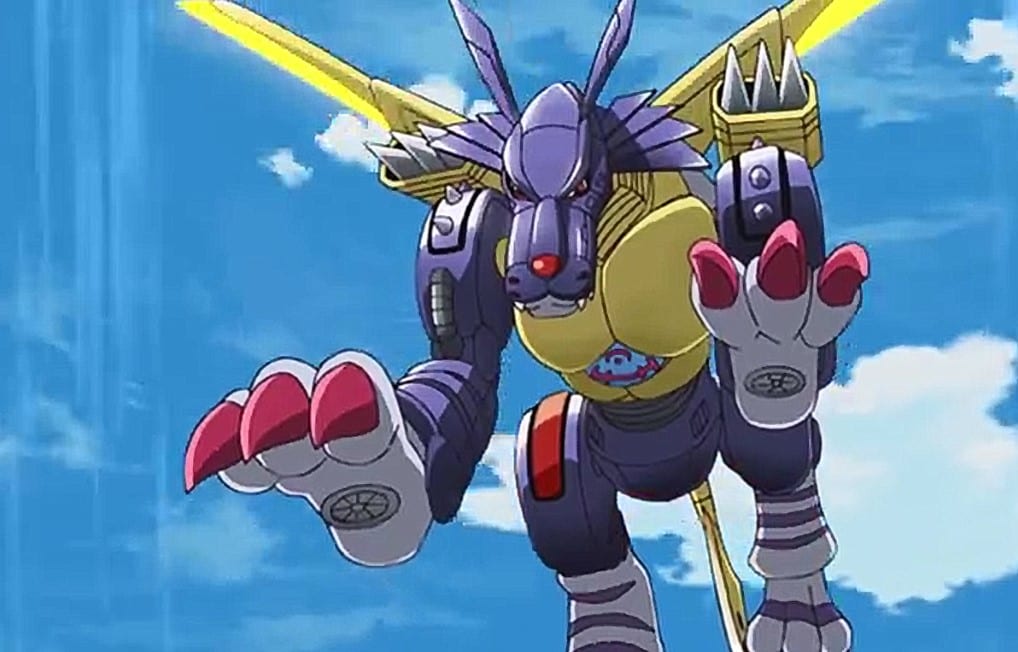 She also reveals that it is an old festival where speedy Digimon gather and compete for the title of the fastest Digimon. It is also a death race where any action is allowed while racing. Garurumon is not aware of that, and he thinks that Machmon is cheating. Machmon thinks that Garurumon is aware since he has challenged him and his skills look like a person who has entered the race before. Garurumon asks Machmon if this is how he races. He asks him to explain, but Machmon continues to race while attacking.

Machmon realizes that there is no time to talk when you entered this race, and it is only time for action. But things get worse when Machmon lose balance, and he started rolling. Yamato and Grurumon notice that she is going to hit the tunnel wall and decided to save him. Garurumon uses his body as a shield to protect Machmon, but he ends up hitting the wall. Machno wonders why they protected him instead of winning the race. Garurumon transforms back to Gabumon’s form, and he falls unconscious.

Later Gabumon wakes up, and Machmon apologizes. They saw that Machmon has been with the Grand Prix for many years, and he became the King of Wolrd Digimon Grand Prix. Machmon told them that the other Digimons has given up since he kept on winning the race, and they were tired of losing. Later they decided to race each other without fighting, and Garurumon turns into Metalgarurumon. During the race, Parasimon infects Machmon, and Metalgarurumon saved him.

Digimon Adventure Episode 46 will be released on Sunday, 2 May 2021, at 9:00 AM JST. The new episode of this Anime will air every Sunday. You can also watch this Anime on Crunchyroll and AnimeLab.