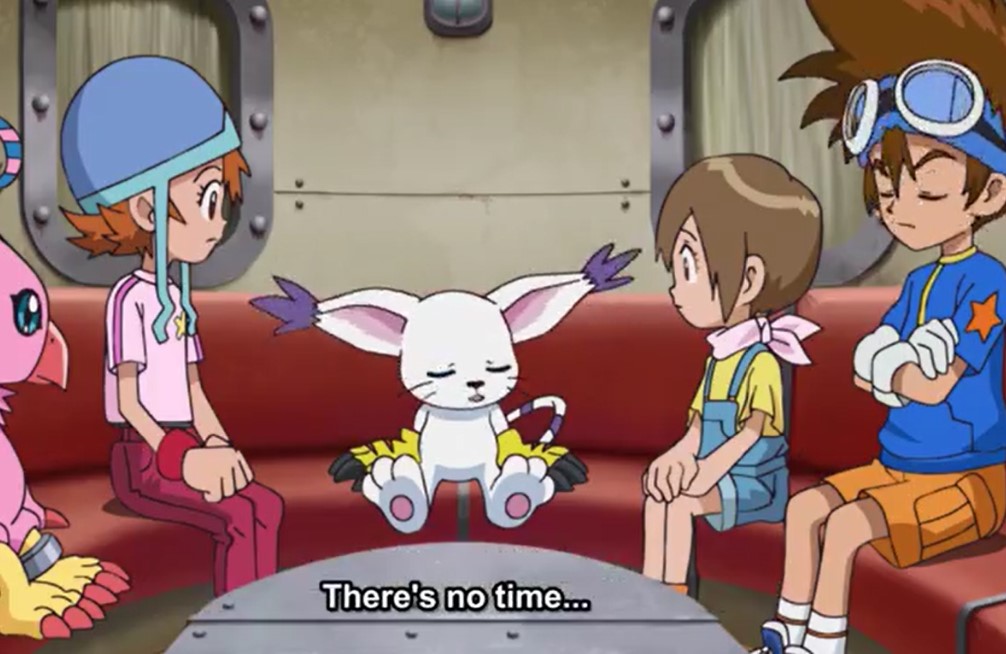 Tachi and the chosen ones are still in Digital World fighting against evil Digimon. The adventures oaf Taichi and the Chosen Ones with their partner Digimon continue in Digimon Adventure.  The Chosen Ones has headed towards the Sealed Grounds FAGA to prevent the revival of Millennium’s bringer of destruction and darkness.  On their way, Tailmon notices that there is something he has forgotten. Akari asks Tailmon what’s it is. Tailmoin reveals that the landscape is not the same as the one in her memory.

She thought that they were on the path to FAGA following her memories. She wonders if, with the materialization of humans objects, could black lightning effects change the continent. Taichi comments that it means that they have lost direction. Meanwhile, in the forest nearby, there is a Digmon entertaining his fans. He considers himself the King of Rappers.

Etemon is rapping for a Gazimon crew. He raps that ”All you who’ve gathered before me, now it is time to praise me, flatter me. I am the ultimate being; I am the King, let me show you the best of the best; this is entertainment. King of Digmon, that name is? say it Etemon.” Etemon finished his show, and thanks to all the Gazimon crew that came. He said that he is Etemon, the King of Digimon.

Another Digimon emerges from the ground, asking if everyone is working out. Etemon comments that he knew that his rivalry would come. Volcamon has come to challenge Etemon to find out who is the King of Digimon. Volcamon prepares the motto Exercise to have fun. Etemon thinks that Entertainment is the only way to have fun. The two Digimon challenges each other in a rap battle. Volcamon was listening to Etemon’s first song, and that made him erupt from underground and appear.

Volcamon goes first, and he raps that ”Muscle, hustle, master all, workout every day, conquer away abs, dorsal, pecs. Muscle, develop, strike abs like a chocolate bar six-pack. Come on; this is sweat, this is a muscle, King of Digimon; who are you? Volcamon.” Etemon gets angry as the Gazimon crew started to flow with Volcamon’s song.  He asks them who side are they since the Entertainment is about to begin. Volcamon continues with his rap song, and the Gaziomon sings along with him. 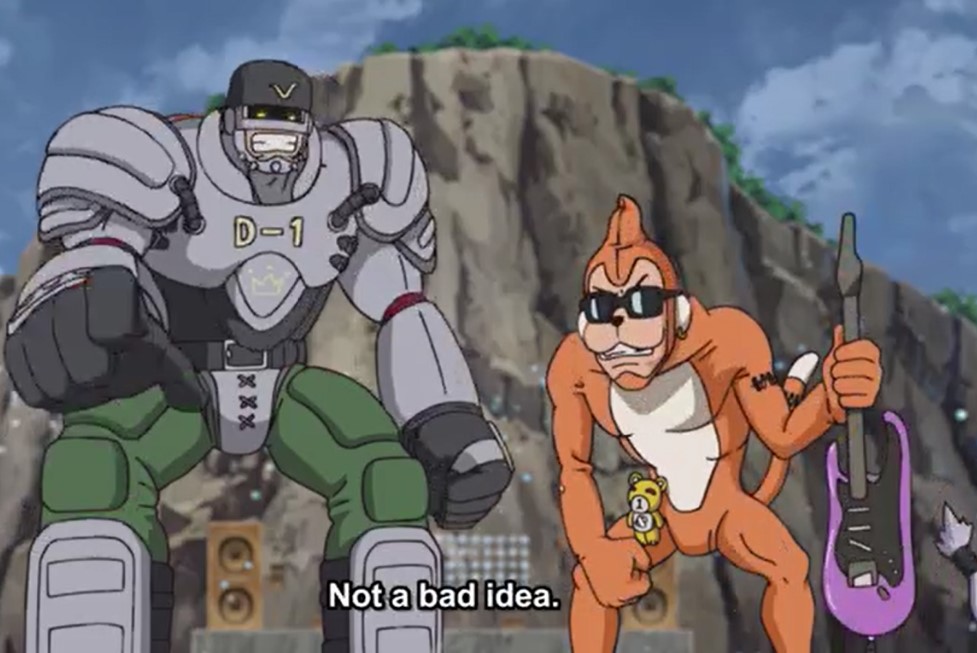 After finishing with his song he met with Etemon midway. Volcamon asks Etemon what is required to become the true ultimate champion, King of Digimon. Etemon replies that they need Entertainment and Volcamon replies that the answer is Exercises. Volcamon shows his muscles ad said that behold, these are beautiful muscles. Etemon plays his guitar and comments that he is the best of the best. The two get ready to go for round two.

Meanwhile, Taischgi and the Chosen ones get the presence of powerful music. Their partner Dimon started to feel the rhythm of the music and started to act weird. The Chosen Ones heads to the rap battleground and finds that two ultimate Digimon are challenging each other. They realize that it is their music that is causing every Digimon to flow with their rhythm.

Taichi and the Chosen Ones were being dominated, and the King of the Digimon was about to be revealed. The Chosen Ones decided not to give up and realizes that if you can’t beat them, join them. They got involves in a rap battle and defeated Volcamon along with Etemon. The two ultimate Digimon accepted that the Chosen Ones are not just Heroes but also the King of Digimon.

Digimon Adventure Episode 44 will be released on Sunday, 18 April 2021, at 9:00 AM JST. The new episode of this Anime will air every Sunday. You can also watch this Anime on Crunchyroll and AnimeLab.

You can also read Spoilers And Highlights: My Hero Academia Chapter 309.