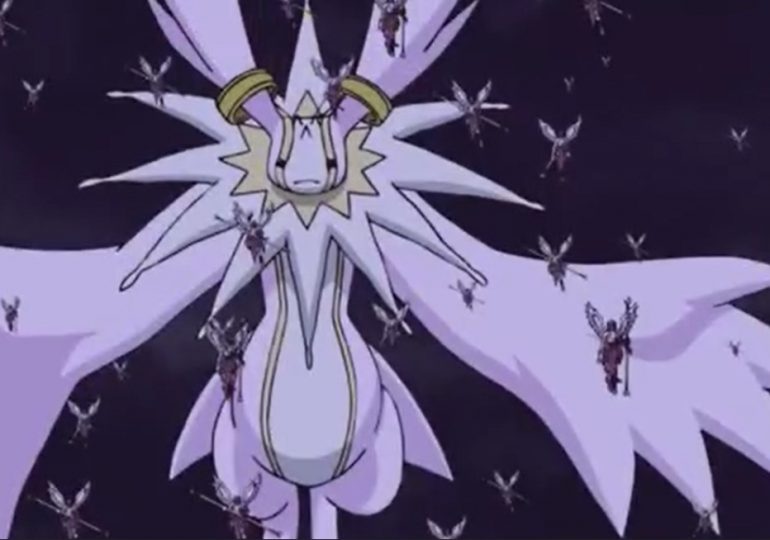 On the continent where only the strong survive, Taichi and Agumon are plunged into a war against ravaging, carnivorous Digimon. Surviving the verge of death and surpassing their limit. The two finally activated on their own the awakening evolution of the unknown. Waregreymon destroys the enemies with Gua’s force and maintains peace in the forest. Taichi reunited with Sora and Piyamon along with Woodmons and Sora asks how he did that evolution.

Taichi said that it just happened while the Woodamons are worried about something. They show Taichi that Lopmon memories have awakened and he is a part of the forest. He unleashes his forest spirit and reveals that Lopmon is his name in this life. Lopmon said that he is the remnant of the Digimon who led the Army of Light in the ancient war.

Digimon Adventure Episode 32 will be released on Sunday, 17 January 2021, at 9:00 AM JST. The new episode of Anime releases its new episode every Sunday. The spoilers of the upcoming episode may be available in this post. You can also watch this Anime on  Crunchyroll and AnimeLab.

Lopmon also reveals that Wardgremo and the chosen ones’ fearless, bright courage to fight is what lit the path to a great evolution. Letting them reach the existence beyond an ultimate Digimon, a Mega Digimon. All of a sudden Wargremon evolves back to Agumon due to hunger. Lopmon reveals how long Agumon can sustain his evolution form. The black lightning started to strike and Lopmon said it is the sign of a new darkness.

Taichi comments that they heard a mysterious voice at the temple on Cloud Continent. They heard a story from a Digimon with shining wings and that there was war between light and darkness in the Ancient Digital World. Both sides had perished but now a new darkness is about to be born. Taichi stands up, saying the only ones who can stop that are the chosen ones and partner Digimon. Lopmon asks if Taichi has received Valdurmon’s guidance.

Lopmon also reveals that Valdurmon had also been a great Digimon who led the Army of Light along with her. Wargreymo’s appearance and the awakening of Lopmon’s memories will make the darkness not overlook this matter. Lopmon said they have to escape as soon as possible since he can sense the presence of darkness. He uses his spirit power and opens the path for them to escape. The Bakemons started to shows up in an army.

Lopmon warns everyone not to underestimate them since they are front troops of the new darkness. They are targeting top capture and destroy Lopmon who reveals that Taichi is also their target. The battle begins with Agumon firing Baby Flame and Piyomon firing Magical Fire. Lopmon counterattacks with Petit Twister that made a combined attack with those two flames and burns Bakamons to ashes.

Lopmon warns the chosen ones to move forward. They both started running and Lopmon sends his memories to Taichi’s consciousness. They both appear in another world where there is a fierce battle between Digimons. Taichi said this is the past war they saw on Cloud Continent. Lopmon comments that the previous war between them and the darkness. Took place in the skies and lands the entire Digital World and he then evolves to Cherubimon.

In his Cherbimon form, he said he is the Mega Digimon who led the Army of Light. They confront a two-headed monster black Digimon describes as the ultimate weapons born of darkness. The name is Millenniumon who started to send a powerful blast towards them. Millenniumon has the power to destroy everything in sight with a power beyond the army of darkness control. Angemon, Waregrymon, Cherbimon also joined the battle.

Taichi and others are just standing witnessing the battle between the greats and the army of darkness. After sacrificing all the greats defeated Milleniumon along with his dark army. The complete elimination was not possible and remnant shards rained down on Cloud Continent as well as the Eternal Continent. The crew heads back to the Digital world and find that the dark army is still destroying the world.

The black lightning continues to strike the earth endangering every living creature. The ominous dark glow continues to spread every day. That means Milleniumon is going to be reincarnated once again. Lopmon said that he is going to come back with new darkness and powers. On their way the crew battle with Gokumon.

With all of that updates that was all about today’s episode, as soon as a new episode is released we will be releasing a new upcoming episode.