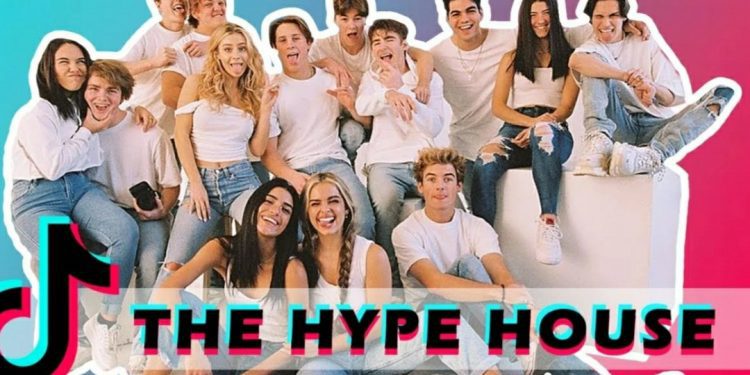 Did the Hype House Break Up? In case you are not much aware of Hype House, here is what we know about it. Most of us are very much into making videos full of good content for the platforms like Tiktok, Youtube, Instagram, etc. Hype House is one of Tiktok’s content houses, located on the northwest side of Los Angeles. The Hype House consists of several content creators who live together and film videos daily. It is designed for productivity. It is also there so that the creators can promote channels of each other and other brands if they own any.

Many creators have joined the Hype House, while many have left. In this article, we will cover up all the past and present members. Lately, there have been several rumors on its split, and fans are wondering Did the Hype House Break Up. Well, the story has gotten more dramatic since early 2020. Something shady and messy happened in the Hype House, which caused the split. For more details, you must read this article till the end.

Also read: The Hype House Netflix – Who All Will Join The TikTok Studded Mansion?

Did the Hype House Break Up? Everything To Know

With this, let us first know some other details of the Hype House. Located in Los Angeles, it’s a huge mansion, having a great pool, kitchen, and backyard. The house has almost no furniture. This collective was formed at the end of 2019, to be more precise, in December. The founders of the Hype House are- Lil Huddy, Thomas Petrou, Kouvr Annon, Daisy Keech, and Alex Warren. The former one is a Tiktok star, while the latter one is a Youtube personality. The Hype House was initially known as The House of Olympus.

When it comes to the split of Hype House, yes, the news is true. The major reason is for turning it into more like a business. There have been several relationships making in and breaking up in the Hype House. However, more specifically, on becoming a business, the twin sisters Charli D’Amelio and Dixie D’Amelio bowed out. But this never stopped them from maintaining friendships with the other creators. Well, Charli and Lil Huddy briefly dated each other and broke up in April 2020, they greeted each other whenever they met.

It was also known that Thomas Petrou used to be a bit controlling. He forced each of the creators of the Hype House to make four videos each day. Few also complained that would stop them from doing their homework. With this, the co-founder, Thomas, stated that the house was not designed for partying as there are several houses in Los Angeles for partying. One has to be productive even on the weekends to be a part of the Hype House. Some found it quite difficult to manage and maintain, causing them to part away from the collective. Though the Hype House has been split, Kouvr Annon and Alex Warren still managed to stay together to date.

Who are the present and past members?

Based on the Hype House, a reality television series has been released on 7 January 2022. It consists of 8 episodes, focusing on the lives of all the members living in the Hype House.

In case you have missed out on the trailer, here is the one linked above. Also, if you are a Tiktok lover, I highly recommend you to watch the Netflix series. Despite all the shady things that happened in the Hype House, the fans are happy to watch the series based on the same! Good luck to each of them, and hope this series to be a real hit.